The Facebook Creative Hub is now available to the entire marketing community worldwide. The social network announced the launch of the Creative Hub in June 2016 at the Cannes Lions International Festival of Creativity.

The social platform recently declared that it had been testing the Creative Hub alongside more than 30 agencies since the announcement of its release in Cannes. The Inspiration Gallery has also been introduced – a feature used with the Creative Hub to inspire advertisers, presenting them with successful creative output on Facebook and Instagram. 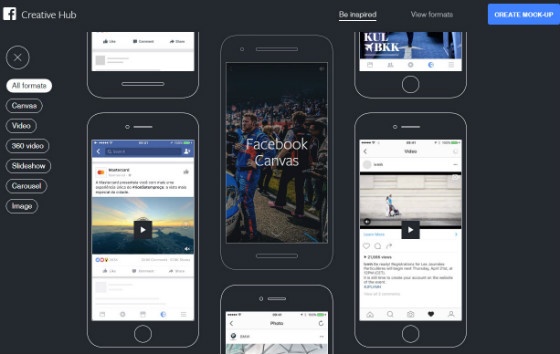 Creative agencies need a way to understand the different tools and formats, preview and share mock-ups with stakeholders and collaborate on and experiment with content creation. That’s why we’re launching the Creative Hub.

Facebook outlined that the Creative Hub will allow advertisers to play with different ad formats for both online and mobile use. This will give advertisers the opportunity to preview their ads and present it to stakeholders before pushing them live. Previews will be available via a URL.

The preview tool will also allow you to mock up your ads and view them in different device formats - giving you a much better idea of how users will perceive your ads across desktop, mobile, and tablet.