Google Faces Questions On Its Policy Against Interstitial Ads

Google now faces some counter-action against its policy regarding the use of interstitial ads, with the likes of Yelp and LinkedIn finding ways around the policy. 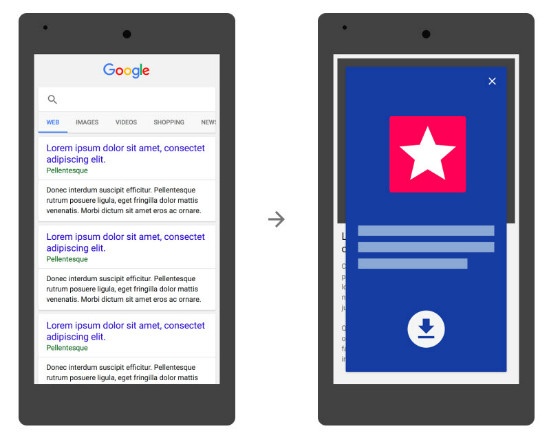 In November 2015, Google announced a new policy against app install interstitials – large ads that dominate your mobile screen as you surf the mobile web, urging you to download an app. Google put this policy into place, as it saw the ads as too annoying for users, stating:

Where app install interstitials were once seen as an effective way of driving users to download apps, they are now not considered best practice.

Why are interstitial ads a problem?

Google rationalised this after releasing a case study on its own app download interstitials, and discovered that, “69% of the visits abandoned our page. These users neither went to the app store nor continued to our mobile website”. Google subsequently launched a Smart App Banner to replace the interstitial ad, and found that after, “one day active users on our mobile website increased by 17%”.

What are the issues with Google’s case study?

App Publisher, Yozio, pinpointed some of the problems with Google’s case study, firstly, that it was only conducted on one site. Secondly, they saw that the optimisation of some interstitials increased app installs significantly. Yozio also questioned how the removal of interstitial ads would leave users on a mobile site that may not necessarily be a better experience than your app.

Could a different form of interstitial be used?

The likes of Google Docs, LinkedIn, and Yelp have, instead of using interstitial ads, made mobile web pages that look exactly like them. LinkedIn has excluded its new web page from being indexed, so it can’t be penalised for using it in place of an interstitial ad.

This tactic may increasingly be used by brands, as Google’s recommended use of App Install Smart Banners in place of interstitial, provides less design flexibility and less room to experiment.