Posted in Paid search management,Google
On 26 Jun 2014
By Alan Rowe

Head of web development Alan Rowe shares his thoughts on wearable technology and web development, with a look at what the future could hold for portable ‘always on’ devices… are we all going to turn into cyborgs?

First, a disclaimer. Google’s I/O conference is underway right now in San Francisco. There’s going to be a lot of tech-focussed talk including, possible, some more announcements about Glass, Google’s much-hyped piece of wearable tech. (They’ve already announced a 2GB RAM upgrade, as well as a tonne of new apps.)

Some of the stuff I’ve written about in this blog might become old news very quickly if Google decides to update Glass’s web browsing capabilities.

That said, I’ve been doing a lot of thinking about wearable tech and what it means for web development and design. And with the conference at full-steam ahead, now is as good a time as any to share my thoughts on the subject.

Living in the Jetsons age

For those of us who grew up in a world before smartphones and broadband, it can be easy to paint technology like Google Glass as a seismic shift – the kind of improbable and esoteric technology only before dreamt of in TV shows like The Jetsons and Star Trek. 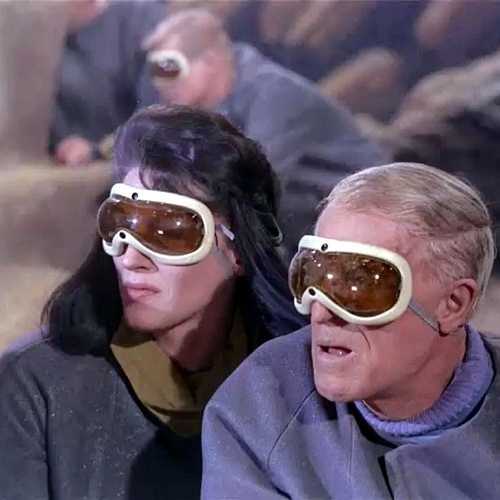 But for web developers, these devices are simply the next logical step in the evolution of ‘always on’ technology. Techies are pragmatists, Trekkies are dreamers.

Are we prepared? Yes. Mobile First has been the prevailing philosophy in web design for years now. Put simply, it means designing with the least capable devices to ensure a good user experience across all means of access. Google Glass and associated technology promise to do wonderful things in terms of portable connectivity, but they’re far from capable of delivering a desktop-style experience. Designing for wearable devices means taking what we’ve learnt from smartphones and tablets, and simplifying the user experience even further.

So is it going to be easy? No. First of all, wearable tech is but an amoeba compared to the smartphone’s complex life form. Getting into the Mobile First mindset can be difficult even with today’s pocket-sized powerhouses. Going from Mobile First to ‘Glass First’ will be a challenge even for the most accomplished web developers. I’m sure we’ll all soon realise how much we take the capabilities of smartphones and tablets for granted.

Secondly, it’s impossible to predict how quickly Google Glass, iWatch and the rest of the wearable gang will be taken up by consumers. And you can bet that companies will be reluctant to invest in a new design and build to accommodate fledgling tech.

The other side of the coin is that we don’t know how quickly this technology will develop. At the time of writing, Google Glass pretty much allows users to browse through a site and click links – without form fills or any of the other essentials that make a commercial website, well, commercially viable. It may be that Google will announce an update at the conference later today, and I shall eat my words. Or it may be that this kind of functionality won’t be available for months, or years.

Taking inspiration from the past

For all the hype around wearable devices as ‘future now’ technology, it’s ironic that our best source of inspiration for future-proofing our websites may come from the past.

With Google Glass’s current capabilities, users are limited to browsing up and down a page and clicking links. This means big buttons and clear calls to action to ensure the user can easily navigate through a site.

And with limited screen resolution, you can’t get away with a small typeface. Big words, and clear distinctions between headings and body are key to ensure users are even capable of parsing the information provided.

Sound familiar? It’s all a bit like WAP, the primitive mobile browsing protocol that briefly ruled the day before smartphones came along and made everything better. 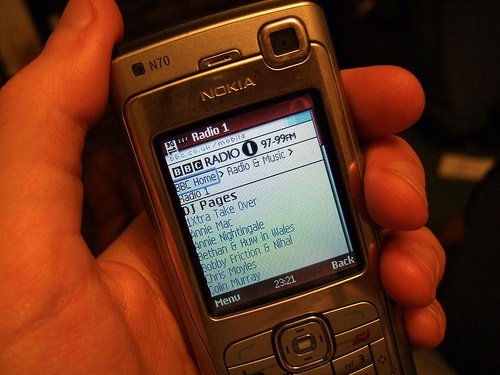 I don’t mean you have to strip sites down to ugly, monochrome text. But it will be useful to remember that simple, hypertext browsing is essentially the framework we’ll be working with. We can layer on eye-catching graphics and create user-friendly layouts, but underneath it all, we’ve stripped down to the absolute basics.

This is the mindset we’ll be working from when developing for glass. It’s Mobile First at its purest, most fundamental level.

Implantable tech? – Looking to the future

As I wrote earlier, wearable devices are simply the next evolutionary step for ‘always on’ technology. We have to be prepared for the next stage in this process, which for my money will close the gap between device and user even further.

Implantable devices have already been developed to assist those with physical disabilities. These microchips ‘learn’ certain brainwave patterns and respond accordingly – by making a selection on a computer, or moving a robotic limb, for example.

As this technology develops, we genuinely should be thinking about the possibility of thought control for online interaction.

And before you cry “science fiction nonsense”, remember how impossibly futuristic web-capable glasses or even smartphones would have seemed when most home computers had roughly one kilobyte of RAM.

This technology may be a long way off. But it raises countless questions about user interactivity. And in a general sense, we as web developers should be ready to consider how the way users interact with our sites could change, and how we need to adapt our working methods to accommodate this.

But that’s a subject for another blog.

How do you think wearable devices will affect web development? And what does the future hold for this kind of technology? Share your thoughts in the comments below!