Posted in Paid search management,Google
On 11 Aug 2016
By Lisa Coghlan

Google has confirmed that the new AdWords’ interface has been rolled out to all users.

In March 2016, Google announced that changes would be made to the AdWords’ interface, with the intention of making it easier to navigate.

On 10 August 2016, Google rolled out the update, and some users began to see the brand new interface when accessing their accounts.

Users have found that the new interface has had a drastic overhaul, with some changes mirroring that of Google Search Console. This is because the design has been built using the same design language used across the majority of Google’s products. 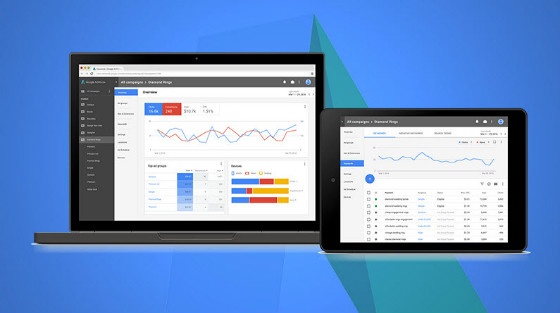 Through 2016 and into 2017, we’ll continue to build out this new AdWords experience, and invite advertisers along the way to try it out and provide feedback. Invites will be sent based on a number of factors, therefore not all advertisers will be able to test the new experience right away.

All changes to the AdWords’ user interface are purely design changes which will not alter the core functionality of the system. In March 2016, AdWords product manager director, Paul Feng, stated that the change would help users reach “across the spectrum of search, display, shopping, mobile and video.”