If PPC news is worth knowing about, you can bet Tom Kwei will be on the case. Here’s his latest roundup of news and insights from the world of paid search…

Bing Ads’s share of search advertising spend has grown for the third consecutive quarter, putting it in its healthiest market position since 2010. 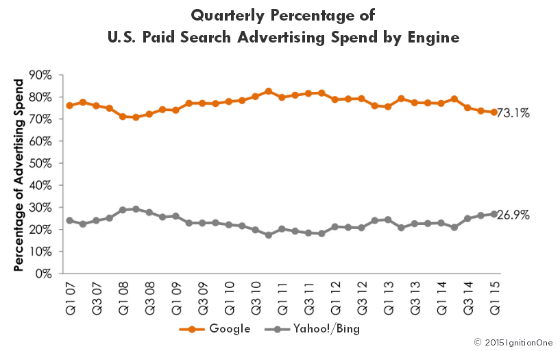 Google AdWords remains comfortably on top with a 73.1% share. However, this figure represents Google’s lowest paid search market share since 2008.

The report also shows strong overall market growth, with the US paid search market experiencing a 26% spend uplift compared to Q1 2014. Smartphone spending was particularly strong, with an 81% increase on last year.

Baidu, China’s biggest search engine, is reaping the fruits of the Chinese government’s Google ban, reports eMarketer. With Google out of the picture, Baidu is predicted to see a 37.5% growth in its global search ad revenue share from 2013 to 2015.

In real terms, this means Baidu will increase its share of the global search ad market to 8.8%, or $7.18 billion.

By contrast, Google’s growth is forecast at 36.3% over the same period, with the search giant enjoying a 54.5% ($44.46 billion) share of the global market this year.

Despite the chasm in market share between the two search engines, China is shaping up to rival the US in overall spend, with China forecasted to spend $14.9 billion this year, compared to the US’s $25.66 billion.

Verify Your Phone Numbers in AdWords, or Your Ads Will Be Rejected

Google has updated its policy regarding phone number verification in ads.

From June, businesses will have to prove that the phone numbers provided in AdWords call and location extensions are indeed associated with their business. If they fail to do this, affected ads will be rejected.

Phone numbers that require verification will be listed under the Ad extensions tab, with the label “Unverified” or “Unverified phone”.

Verifying numbers is pretty simple, even if you use a third-party call tracking service. For full instructions, see the AdWords help page on this subject.

PPC is Most Desirable Skill in Digital, Says New Report

PPC is the most desirable digital skill for UK hirers, according to a new white paper by recruitment firm The Candidate. 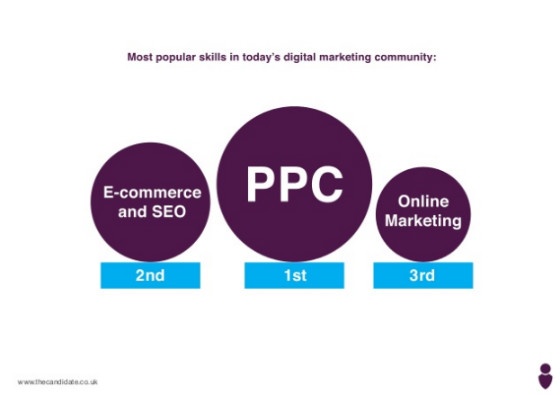 The firm also reported a 300% rise in PPC-specific job positions over the past two years, in the north-west region of England.

From the white paper:

Whereas […] specialist digital roles were previously add-ons to media and marketing jobs, they are now standalone positions, which have come to fruition in companies as the importance of digital specialisms [has] grown.

Six months after launching in the US, product rating stars on Google Shopping Ads are coming to the UK, France and Germany. 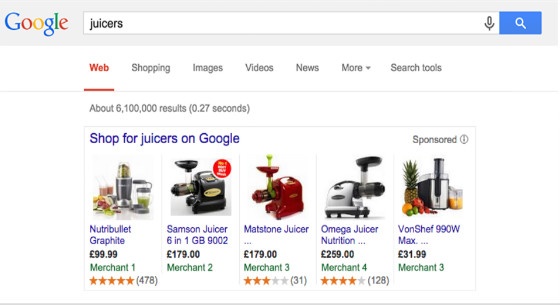 The company said that US merchants had seen an average five per cent increase in click-through rate since the ratings were introduced.

Product ratings are aggregated from several sources, including the merchant itself, editorial sites and third-party aggregators. However, to qualify, retailers must share their product review content with Google – either directly, or through an approved aggregator, such as Trustpilot or Feefo.

For instructions on how to apply, refer to Google’s announcement on the Inside AdWords blog.

The majority of small businesses say their online advertising spend will “remain approximately flat” in 2015, compared to last year.

Research firm Clutch surveyed 350 small business owners and managers, and discovered 61% had no plans to raise their paid advertising budgets, while 23% were planning to increase spend. 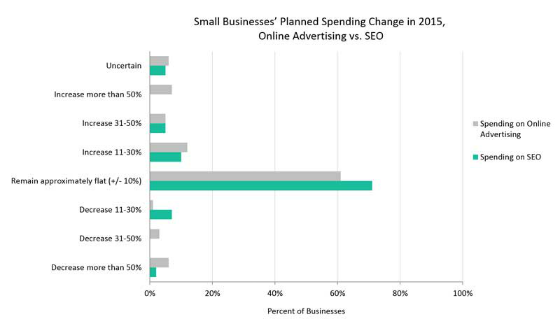 Just ten per cent were planning to reduce spend in 2015.

The figures suggest small businesses are slightly more satisfied with PPC as a digital marketing tactic, compared to SEO. 14% of those surveyed said they would be increasing SEO spend this year, with 71% spending roughly the same amount as last year.

5 PPC Testing Myths & Mistakes: How To Avoid Them! – Boring pages convert better?! Yes, according to PPC expert Mona Elesseily. Read more of her insights over at Search Engine Land.

Over at BidCops: From Product Search to Paid Search – The Evolution of Google Shopping