Rachel Poole and Sarah Kemp detail the latest in paid search news and advice including expanded text ads testing, how changes to SERPs have impacted search, and more bidding control across different devices. 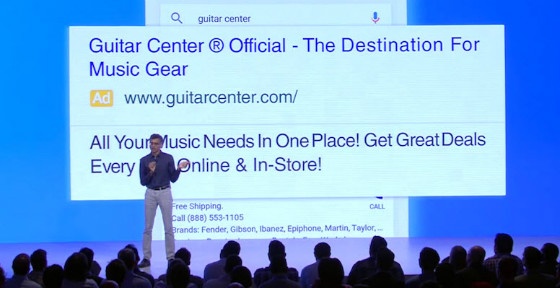 Google announced at the Performance Summit that it is now testing a new ad format, which involves two 30 character headlines and an 80 character description line – potentially allowing advertisers to use more messaging and get better quality ads.

Currently, paid search advertisers have a limit of 25 characters for headlines, and 35 characters of description text.

With two headlines to play with, this potentially means that advertisers can rethink their entire ad creative, with more clickable space to pull in customers.

Google’s Latest Design: How Has It Impacted Search? 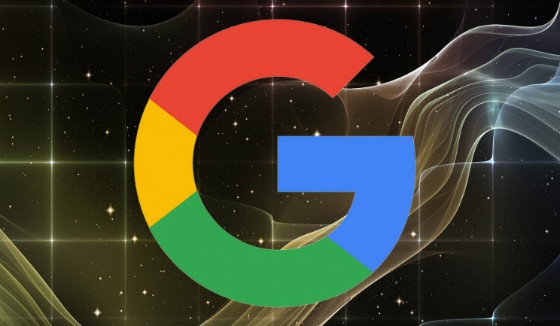 With Google updating its SERPs display in the first half of 2016 (the removal of the right hand side ads), many advertisers were concerned with its after-effects. Adobe’s Siddharth Shah has recently taken a closer look at how the changes to SERPs have impacted on both consumers and advertisers so far.

The changes have been made specifically for users. With less cluttered search results and more relevant ad results being presented to users, their overall search experience has been simplified.

According to Shah’s research, advertisers are spending the same amount in return for the same amount of clicks. However, the top ad positions now cost slightly more than when there were right hand rail ads.

Though it seemed inevitable that with fewer ads, advertisers would see fewer impressions, with less ads displayed to them, users may actually be clicking on more impressions. Even though the changes have seen a shift in the way advertisers are strategising, it has in fact had minimal impact on click-through rate at present.

On 24 May 2016, AdWords announced it will soon enable individual device bid adjustments within Advanced Campaigns.

Advertisers will be able to specify the device of their choosing as the base bid for keywords, and then layer separate bid modifiers for the other two device types.

The changes also mean that campaigns could be targeted solely to mobile devices. Other devices could be shut off entirely from these campaigns so that mobile can play a more accurate part in campaign strategies.

When Enhanced Campaigns was launched in 2013, advertisers only had the means to set the same bids for both desktop and tablet. This is because Google, along with other research, saw the two devices as “converging”. However, where the tablet demographic has changed, so has the performance of each device. During Q1 2016, non-brand revenue per click on tablet devices was 30% lower than desktop (Merkle). 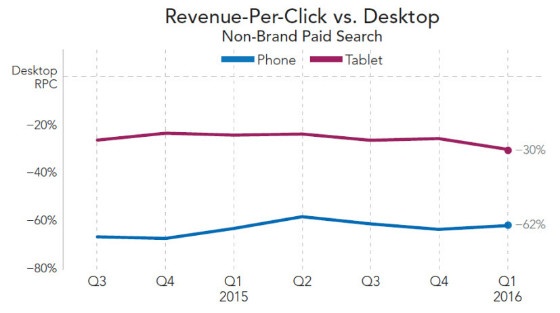 Once advertisers can set separate bids according to specific device, this should mean a more efficient ad spend across each device.

Twitter is testing carousel ads in promoted tweets, currently referred to as Promoted Tweet Carousel. Borrowing tactics from Facebook and Instagram, these ads allow marketers to curate multiple tweets into a single, swipeable ad.  With a more dynamic way of promoting tweets, users are 10 times more likely to engage with the carousel ads compared to other ad formats.

The new carousel ad format allows advertisers to use videos, images and text within multiple tweets across the carousel. The new format will also allow advertisers to use content from other creators on Twitter with their permission. A number of large brands, such as Disney, Volvo and Gatorade, are already taking advantage of carousel ads.

How we communicate with our tribe needs to be just as innovative as the cars we build. We embrace platforms that have the same purpose as we do — putting people first. Twitter’s new Promoted Tweet Carousel helps us show multiple videos within one unit, and this is a great opportunity for Volvo and Twitter to continue partnering in a way that doesn’t interrupt the user.

At present, the Promoted Tweet Carousel is only available to selected Twitter accounts in its testing stage.

Do you require support with your AdWords account? If your account needs an audit or expert optimisation, get in touch with our team of paid search management experts today.