With Google’s Inside AdWords event streaming yesterday, we have plenty of paid search news to get stuck into... (plus a little bit of Bing Ads...)

Google has revealed that mobile search volume had overtaken desktop search volume in several countries, including the US and Japan. 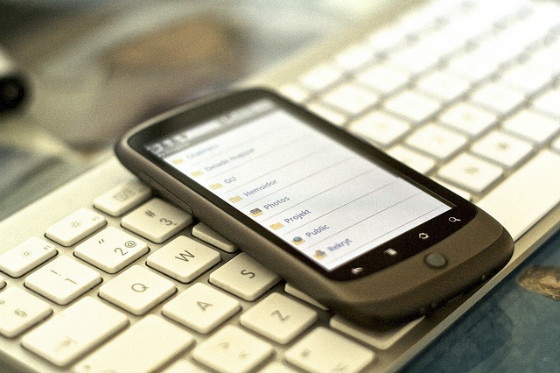 We’ve hit an inflection point where more Google searches are taking place in mobile than desktop in 10 countries, including US and Japan. We think it’s a real turning point in digital adverting and we have been investing in mobile-focused initiatives.

The purchase funnel is officially dead. It’s being replaced by short bursts of activity that we’ve been referring to as micro-moments.

He added that marketers must strive to be available during these ‘micro-moments’, regardless of the device users are using.

Here's a recording of the event, as it happened:

A highlight of the event yesterday was the introduction of two new search ad initiatives, tailored for the automotive and hospitality verticals.

The first, for auto manufacturers and dealers, is a brand-new ad type.

These ads appear as a carousel of images, which users can click to access more information about the vehicle. At multiple points in the discovery process, users can click a ‘dealers’ link, which will take them to a search results page featuring local auto dealers.

These ads are being rolled out on mobile first, and look very much tailored to the mobile experience. This is because, according to Dischler, more than 50% of automative searches are carried out on mobile devices. However, desktop versions will follow. 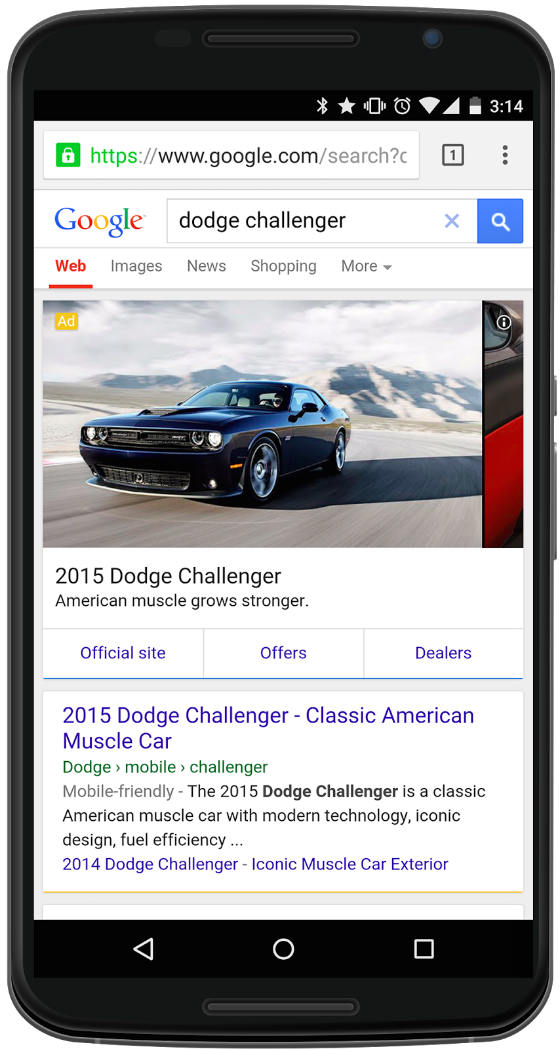 Secondly, Google is rolling out its hotel ad formats globally. The ads, which came to the US in November (SEL), will appear on desktop and mobile.

Google said in its announcement:

Today, we announced that Hotel Ads will start to show globally for hotel partners around the world, one click away from Google.com. Hotel Ads show current prices from a variety of sources and when a traveler is ready, they can select “Book” to complete their reservation on the partners’ sites. 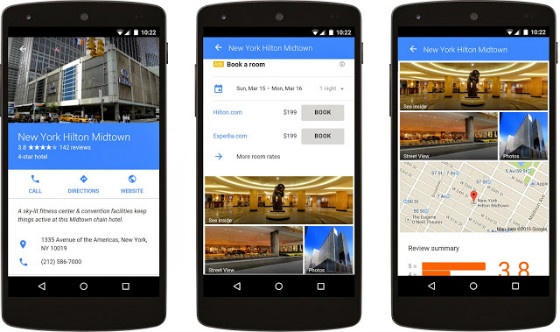 A Raft of New Reporting Tools and Features for AdWords

Google announced a set of new tools and features for AdWords yesterday, designed to help advertisers measure user engagement across devices – with the focus being on Google’s new buzzword, ‘micro-moments’. As Google wrote yesterday:

Marketers need to ensure they’re measuring all the moments that matter -- from first impression to final conversion. To do so, you need methods and metrics that speak to today’s increasingly complex path to purchase--across devices, apps, calls, and stores. By incorporating all of these touchpoints, marketers can measure the full impact of their campaigns and make better decisions for their business.

Here’s a summary of the new features:

AdWords Attribution reports and the estimated cross-device conversions metric are to be integrated with automated bidding. This means advertisers should be able to rely on stronger data when using automation. This integration will be put in place ‘later this year’, according to Search Engine Land.

Adwords’ ‘estimated store visits’ metric is coming to ten more countries shortly. Already available in Australia and the US, the metric uses aggregated location data from a subset of users to estimate the impact of ads on footfall.

A new, revamped reporting suite for AdWords caused quite a bit of buzz when it was announced over a year ago. But since then, Google has been mostly silent on the issue.

Now, finally, some AdWords account holders are getting the chance to try the feature. But by ‘some’, we mean ‘not too many at all’ – SEL columnist Sasan Waldes says she has access to around 100 accounts, but has only been given access to the new reporting suite in one account.

According to Dischler, the rollout has been delayed as Google has been tinkering with the product based on user feedback.

Google Compare Mortgage Comparison Coming to the US 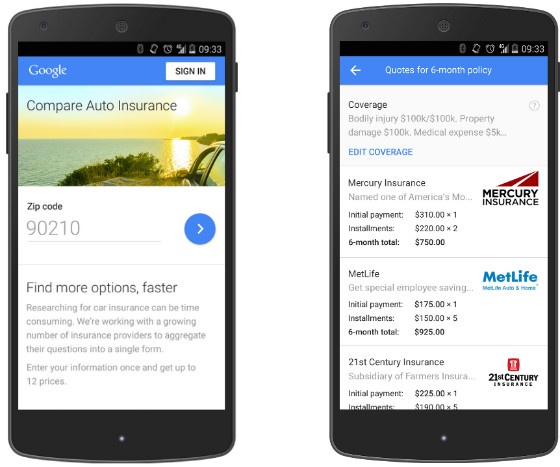 The mortgage comparison service is being introduced because Google has observed that “mortgage queries are huge on mobile, but experiences haven’t been great”, explained Dischler.

Here in the UK, Google Compare has been available for a wide range of verticals for some time. It will be interesting to see how the service fares stateside.

Google is revising the AdWords Dynamic Search Ads interface to make it easier to use.

According to Search Engine Land, the overhauled interface will include: “recommended category targets based on the website’s content, suggested CPCs for those categories and more transparency into the ads and landing pages the system automates.”

Bing Ads Shopping Will Be Available to All US Advertisers Soon

Bing Ads has launched Bing Shopping campaigns in a beta version, with a select number of advertisers. However, it aims to roll out the campaigns to all US advertisers this summer.

Bing Shopping Campaigns promise to provide a more robust experience for advertisers using Bing Product Ads. Among the features Bing lists in its announcement are easier campaign management, more in-depth reporting, and the ability to import Google Shopping campaigns in one click.

Existing Bing Ads customers with a Merchant Center Store can sign up to be part of the beta programme now. Bing advises advertisers to contact their account manager directly to get the ball rolling.

Over at BidCops: Why a PPC #Mobilegeddon Could Be a Good Thing