What’s been happening in the world of PPC? Tom Kwei has the answers, with newsbits about very naughty advertisers, a handy new Google Analytics feature, and some useful insights from industry experts…

Google banned more than 214,000 advertisers from its ad systems in 2014, according to its annual Bad Ads report.

“That’s three times the number of people who can fit into the Maracanã Stadium in Rio, where the 2014 Soccer World Cup finals were played,” the company revealed. 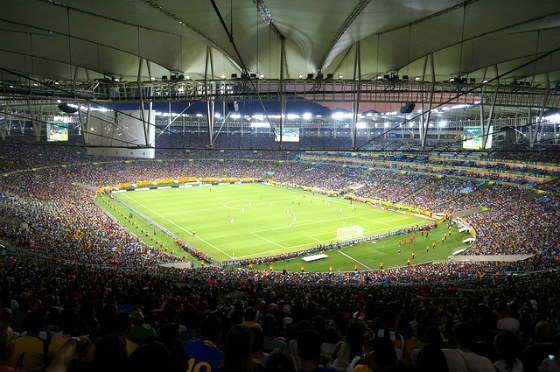 More than 524 million ‘bad ads’ were disabled in total, affecting unscrupulous advertisers in over 150 countries and territories.

Google considers ‘bad ads’ to be adverts that violate its advertising policies – for example, by hawking counterfeit goods, distributing harmful malware, or using ‘trick to click’ scams to mislead customers.

Google says it has “zero tolerance for bad ads on Google or our partner websites. When we find them, we not only remove the ad, but in many instances, the advertisers as well”.

Of the 524 million banned ads:

Google has produced a neat infographic with more facts and figures, which you can see here.

Google has unveiled a new feature for the AdWords Search Queries report in Google Analytics, allowing advertisers to check the performance of queries by their word count.

The new dimension, revealed in a Google+ post on Thursday, drastically reduces the time needed to sort long-tail queries from head terms.

In its announcement post, the Google Analytics team wrote:

Many advertisers have told us that they like to segment AdWords search queries based on the number of words used in the query. More specific queries with many words (long-tail queries) tend to perform rather differently from short queries with only a few words.

"For that reason, we created a new dimension in the AdWords Search Queries report: Query Word Count. You can now analyze query patterns easily, without needing to classify them manually."

Want to reduce spend and improve performance? One of the first things you need to look at is your lists of negative keywords.

And as Lisa Raehsler at Search Engine Watch points out, it’s more important than ever to build out your negatives as AdWords now matches close variant queries – like misspellings and plurals – even to exact match keywords.

The proactive approach takes in unwanted queries that you can predict, based on common sense and your own PPC experience. This could include:

The reactive approach is based on unwanted keywords discovered through Search Query reports. Raehsler recommends grouping these keywords into ‘themes’, then prioritising these by cost or frequency of appearance.

Taylor says PPC is sometimes seen as unnecessary if search visibility is already achieved through strong SEO. But there are still several good reasons to double up on search marketing techniques. Here are Taylor’s recommendations in summary:

Black Friday is exactly 14 days away. How prepared are you?