Do Google’s recent tests point to a PPC mobilegeddon? Is Yahoo! about to break off its partnership with Bing? Join Tom Kwei as he weighs up the facts, and gathers the most pertinent paid search news from the last fortnight…

So far, the update has been a concern for SEOs, but paid search managers have had it easy – the algorithm, as Google has made clear, only affects organic mobile search rankings.

Just as we thought we were in the clear, however, the first signs emerged that Google may be bringing mobilegeddon to PPC – yesterday, The SEM Post spotted ‘mobile-friendly’ labels on paid search ads.

These look very similar to the ‘mobile-friendly’ labels that determine whether a webpage gets an organic ranking boost in mobile search. Eek! 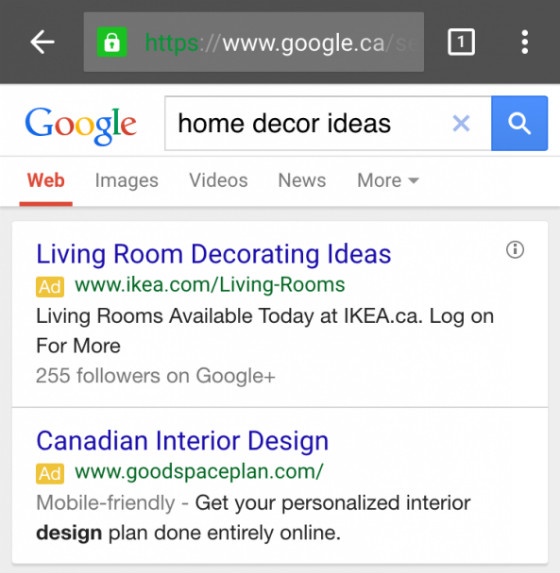 Does this mean we’re on the cusp of a mobile-friendly revolution in PPC too? WordStream’s Larry Kim certainly thought so – in a blog post yesterday, he wrote: “Before long, I predict that Google will start giving more weight to mobile optimization as part of its Ad Rank formula.”

Our own director of PPC, Zoe O’Neil, made similar predictions last month in our mobilegeddon eBook – she said:

Although the new ranking factor only affects organic search, it makes sense that Google will, at some point, also take mobile usability into account when ranking PPC ads. After all, they’re an integral part of the search experience, and are inherently more visible than organic results.

To be clear, since the ‘mobile-friendly’ labels were spotted, Google has told Search Engine Land that it is running tests, but the labels do not have any impact on Quality Score.

A spokesperson also told The SEM Post that there were no plans to roll these labels out fully.

However, this doesn’t preclude the possibility that the labels will roll out eventually – nor does it mean that Quality Score is safe from any tinkering. 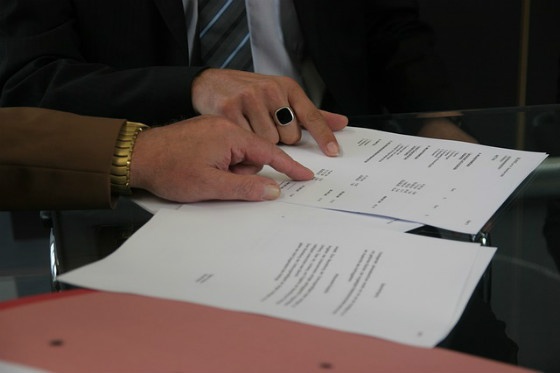 Under the terms of the original agreement, Yahoo! agreed to serve Microsoft’s ads in its desktop search results, in return for a portion of Bing Ads revenue. Yahoo! was free to serve ads from any platform in mobile results.

The underlying economic arrangement remains the same. However, Yahoo! now has “increased flexibility to enhance the search experience on any platform, since the partnership is non-exclusive for desktop and mobile”, according to Yahoo!’s announcement.

This means Yahoo! can now serve its own, or other partners’ ads in desktop, as well as mobile results.

Does this mean Yahoo! will jump ship? Bob Peck at SunTrust, quoted in a Benzinga article, predicted that “Yahoo! may choose to invest in and operate both algorithmic and paid search on mobile and desktop going forward”.

However, Search Engine Land’s Greg Sterling believed a split was unlikely, at least in the short term. He wrote:

The question now arises: how likely is Yahoo to walk away from Microsoft/Bing in the near term? Not likely is the answer. There would be significant new costs involved in completely replacing Bing organic and paid search for Yahoo.

Google has, rather unceremoniously, announced a new type of AdWords report, in a blog post that otherwise covers lots of stuff we’ve heard about already.

The campaign details report lets you quickly see the status of several campaign settings – such as mobile bid adjustments, and campaign status – across multiple campaigns.

Let’s say you want to improve CTR across your text ads by adding sitelinks to all of your campaigns. Previously, you would have individually looked at the ad extensions tab for each campaign to check the status of your sitelinks. For a hundred campaigns, this task could take a couple hours to complete.

Using the campaign details report, you can see all of the campaigns that currently have active or disapproved sitelinks in just a few minutes. Now, you can spend less time searching for your settings and more time activating opportunities that might improve performance.

The first new feature is upgraded URLs. The new tracking parameter was introduced by Google last month. Bing’s own version was announced earlier this month.

From early May, the feature will be available for campaigns imported from AdWords. Native Bing Ads support will follow “by the end of summer 2015”.

Here’s a video from Google explaining how upgraded URLs work:

The second new feature is app extensions. Introduced by Google in 2012, app extensions were announced by Bing in November last year, and launched on Monday.

As for the death of pure exact match, Google announced that it would be incorporating ‘close variants’ into exact match in August last year. Last week Bing announced its intentions to follow suit.

Starting May 21, advertisers will no longer be able to opt out of close variants – which include misspellings, plurals and other queries “with similar intent” – when setting keywords to exact match in Bing Ads.

At the same time it announced mandatory close variants for exact match keywords, Bing also introduced a couple of changes to the way it handles negatives, and ‘normalises’ search queries.

Briefly, the new negative matching process will favour bidded keywords over negative keywords, if there is a conflict in place. Previously, Bing would give priority to negatives when conflicts arose.

Here’s a table explaining the change, which comes into force on May 21:

As of May 21, Bing will no longer remove ‘stop words’ like ‘and’, ‘or’ and ‘the’ when normalising queries. It will also keep accents like ‘é’ in place.

For example, a user searching on the term “the office” vs. “office” could be looking for different things (The TV show vs. Microsoft Office) and thus could engage with an ad differently based on their particular intent.

Again, Bing provided a table to illustrate the change:

Bing has launched a Bing Ads iOS app for the US market.

Announced on Friday April 10, the app allows users to:

The app is currently only available for devices running iOS 8.1 or later, on the US App Store. Support for other markets and older versions of iOS will follow “in the near future”.

Bing says it’s working on Windows Phone and Android versions of the app, but didn’t say when these versions would emerge.

Over at BidCops: Dynamic Keyword Insertion – Dos and Don'ts