Oliver Pyper takes the reigns for our festive paid search news roundup. This time there are new features for AdWords and Facebook video advertising, plus some interesting lessons learnt from PPC in 2014…

Estimated Total Conversions launched in October 2013. This AdWords reporting feature began by offering us a view of cross-device conversion paths – a big deal. However, it promised much more.

Over time, we’ll be adding other conversion types like phone calls and store visits as well as conversions from ads on our search and display network."

Now another piece of the conversion tracking puzzle has fallen into place, with the launch of the Store Visits metric.

Announced on Thursday 18 December, Store Visits gives an estimate of users who click an ad then go on to visit a bricks-and-mortar store. 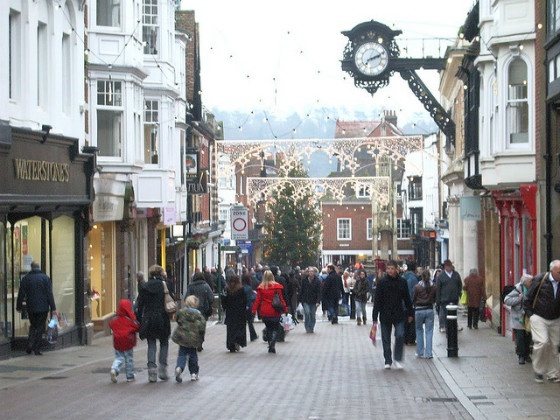 Exciting stuff. But it’s not without its caveats.

For instance, because of data privacy laws, Google can’t actively track visits on a user-by-user basis. Instead, it uses an aggregated set of user data – extrapolated to the wider population – to provide an estimate.

Finally, the metric is only available at campaign level, so unless you’ve created individual campaigns for each physical location, there’s no way of going more granular with the data.

[By the way, I wrote about this a while back. You might want to check it out: 4 Ways to Track Online to In-Store Ad Conversions.]

Facebook is really coming into its own as a video marketing platform. In fact, in several ways, it’s outstripping the king of video, YouTube. 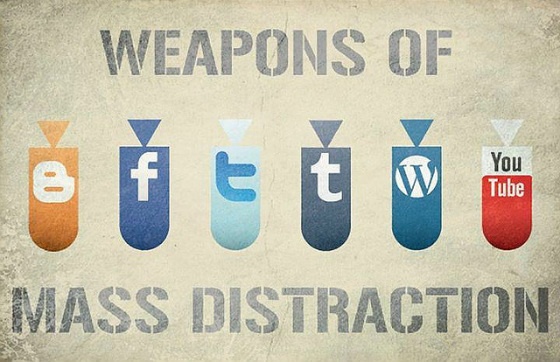 For example, just last week it was reported that brands were uploading more native Facebook videos to the social network than embedded YouTube videos.

And the number of small-to-medium businesses posting Facebook videos has doubled over the last year.

And more video shares happen on Facebook than any other social network.

So it’s well worth looking into for promotion of video content. But only if you’re willing to contend with the ‘Facebook problem’.

The problem is this: Facebook users are willing to engage with your content with LOLs, ROFLs and OMGs, but they’re difficult to coax down the conversion funnel. In a platform overrun with content, it’s difficult to position your content as anything but a distraction.

Enter a brand new service from video advertising platform Virool, which promises to promote Facebook videos on third-party sites. According to Marketing Land, Virool is working with more than 100,000 publishers willing to seed Facebook videos.

The service also promises real-time analytics for campaigns, as well as heatmap reports and emotional tracking.

We are already seeing a number of companies switching to Facebook as their primary video player … by broadening our service to the Facebook platform, Virool is moving towards a platform agnostic capability that can help any video, hosted on any platform, reach an audience that deserves to see it."

"We are excited to bring video distribution to a new social network and help video marketers maximize their Facebook video strategies."

PPC Hero’s 2014 State of Paid Search survey is out, and it contains some important insights into which ad types PPC advertisers consider most important. 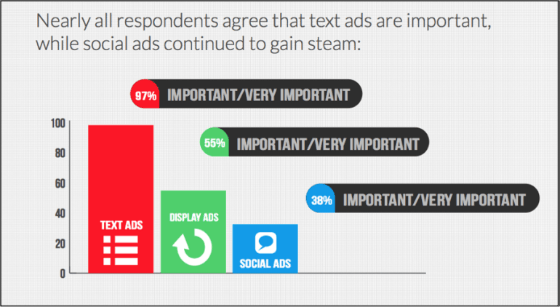 Social advertising has continued to grow this year, but it still trails behind traditional PPC in terms of perceived importance. 38% of survey respondents agreed that social ads are ‘important’ or ‘very important’, compared to 55% for display ads and a whopping 97% for text ads.

However, this is hardly surprising. Social advertising is a comparatively new field, and text ads are very much the foundations on which PPC as a discipline is built. And as platforms like AdWords continue to add new features and extensions to text ads, this is unlikely to change soon – they’re very much moving with the times.

It’s more interesting to flip the stats around and consider how many advertisers said that social ads had ‘little-to-no importance’.

If we look at the stats this way, we see that only 29% of respondents see little or no value in social advertising. In its 2013 survey, PPC Hero saw a huge 68% of respondents sharing this opinion.

So although social ads are hardly going to knock traditional search advertising off its pedestal anytime soon, they are no longer a fringe discipline. And this has all happened in the last 12 months!

AdWords: The Year in Review

Over at Inside AdWords, Google has published its yearly review, highlighting some of the most successful paid search advertising campaigns over the last year.

Here’s a quick rundown of some of its shout-outs:

This will be our last PPC roundup of the year. So have a great Christmas, we'll see you all in 2015!

Over at BidCops: 4 Things You Need to Know About the Boxing Day Sales