Tom Kwei is ClickThrough's resident PPC newshound. This week, he looks at Bing’s new features, tips on tracking ROI and fostering innovation, and the similarities of paid search and American football.

Bing Ads’ Enhanced Sitelinks have been available to advertisers in the US since September. However, the world’s other 190-ish countries have been left waiting… until now.

Yes, in a blog post published on January 19, Bing’s Eliot Li confirmed that the feature is now available to customers in ‘all markets’. He wrote:

Now marketers from the United Kingdom, France, Germany, Australia, Mexico, Brazil, and more can create Enhanced Sitelinks in the languages Bing Ads supports, such as French, Spanish, and German, in their market."

Enhanced Sitelinks, in case you don’t know, let you add two lines of customisable text under the sitelinks in your ads. Google AdWords launched a similar feature back in June 2013. 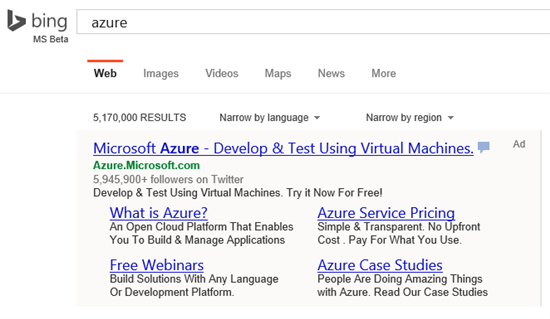 The sitelinks will only appear on top-position ads, so there’s no need to implement updates across the board – only for your best-performing ads.

Bing’s tests saw Enhanced Sitelinks improve click-through rate by as much as 68%, with an average lift of 27%.

You might be familiar with AdWords bid simulators. These allow you to model performance based on changes to maximum CPC (cost per click) on keywords or ad groups.

Now Bing has launched a similar feature, and it looks great.

The new ‘bid suggestion’ tool lets you diagnose why certain ads are not showing in SERPs, and estimates bids, clicks and impressions based on the bid you choose. It also provides a handy graph so you easily see how estimated clicks stack up to estimated cost.

Not only that, but you can get an idea of where your ad will appear by clicking the ‘Preview’ button. This will take you to a mock-up of the SERPs where you’ll see your ad’s position based on the new bid you suggested. 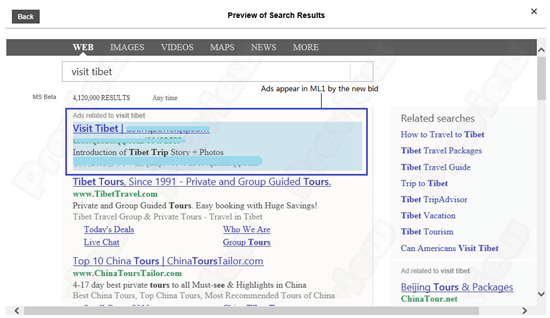 You can instantly apply the new bid by clicking the ‘Save’ button from the same window.

The Innovative Power of ‘WHILE’

Howard Jacobson has written a great article at Search Engine Watch focussing on PPC as fuel for product innovation.

Jacobson’s techniques are not only for PPC managers. They’re good for entrepreneurs, inventors, product developers, and… well, anyone who innovates.

And to create something better, you need to turn an accepted trade-off into an innovation.

To power your thinking, you need to focus on one word: ‘While’.

An example of a trade-off would be ‘Cameras need to be large and importable to provide great picture quality’.

Using the power of ‘while’, we can turn this into an innovation: ‘Mirrorless SLR cameras take photos of the same quality of standard SLRs, while weighing half as much.’

You might be wondering where PPC comes into all this. Well, Jacobson points out that examining the PPC landscape can help you discover what facet of a product needs some tender loving innovation.

To read the full article, including advice on how to push your innovation with paid search, go here.

Tips on Defining and Tracking ROI

Google PPC is growing, points out Mary Weinstein at Search Engine Watch. So it’s time to optimise your account for optimum ROI.

Briefly, Weinstein recommends defining goals that are clear, specific and measurable. For example, you might want to boost orders or gain more market share.

Finally, she recommends auditing account settings on at least a yearly basis.

PPC and (American) Football: A Metaphor

“PPC to me is a lot like football”, writes Jeff Baum at PPC Hero.

22 sweaty men on a field grabbing for an inflated ball of leather? Read on… it actually makes a lot of sense. 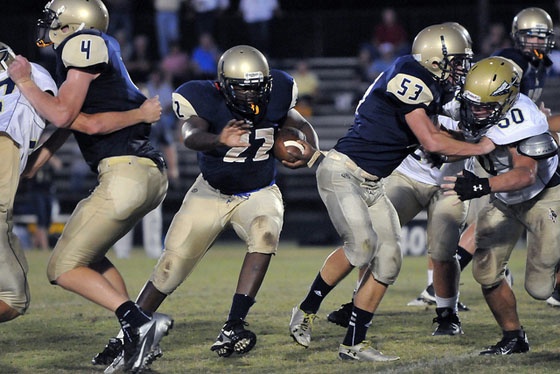 As Baum tells it, American football managers tend to approach the game in one of two ways: they either take an offensive approach, or a defensive approach.

PPC managers, also, tend to fall into one of these two camps, continues Baum. They either chase volume whilst sacrificing some profit (offensive) or aim for maximum profit while being willing to lose out on maximum volume (defensive).

Baum thinks of keywords as players, drafted onto the team using tools like AdWords Keywords Tool. These players are put into winning positions through tactical bidding – just as a coach picks out where players should be on the field.

Ad copy, meanwhile, can be thought of as a metaphor for a player’s technique. On the field, a player could be in a great position, but if his technique isn’t up to scratch, he won’t score the touchdown.

Similarly, if you bid a keyword into optimum position, but the ad copy falls flat, you end up under-performing and wasting spend.

For the philosophy in full, click on the ball. 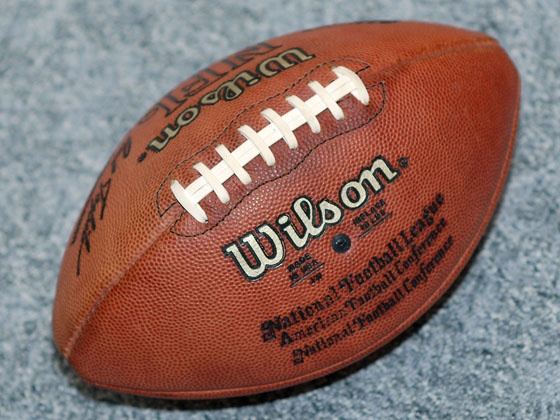 Read last week’s paid search news roundup: The State of Paid Search in Europe and the US.