SEO News Roundup: Bing’s Mobile-Friendly Update is On its Way

Everything search engine optimisation, everything newsworthy – brought to you by Tom Williams.

Bing Follows Google’s Lead With its Own Mobile-Friendly Algorithm

However, Bing is taking a softer approach than Google – it says it expects to start rolling out changes in the coming months, and will work closely with webmasters to “ensure a smooth transition to a mobile-first world”.

Its announcement post also explains that “the changes will improve ranking for mobile-friendly pages, [but] webpages that are highly relevant to the given query that are not yet mobile-friendly will not get penalised”.

Bing says it looks at navigation, readability, scrolling and compatibility when determining if a page is mobile-friendly or not. 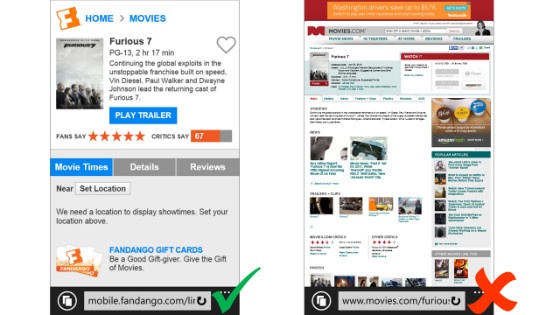 The company is working on a tool to help webmasters diagnose and fix mobile UX issues – similar to Google’s mobile usability report.

In the wake of Google’s mobile-friendly update, which provides a ranking boost to sites that provide positive user experiences for mobile users, some have asked whether the search engine is applying the same philosophy to desktop search.

In other words, will a site’s user experience (UX) affect its desktop rankings?

The answer, at least for now, is no.

As Search Engine Land reported, Google’s Gary Illyes confirmed there was no desktop UX signal while speaking at SMX Sydney last week. He later repeated the confirmation on Twitter:

@ToriCushing @jennita @dr_pete On mobile, sure, since UX is the base of the mobile friendly update. On desktop currently no.

The question now is: How significant is that “currently”. Is Google planning to roll out a desktop UX ranking signal in future? Or is it simply reserving its right to do so?

A Year On: The State of ‘Right to be Forgotten’

It’s been a year since Google launched its ‘right to be forgotten’ (RTBF) procedures, after an EU ruling obligated the search engine to remove certain links from search results on request.

The ruling means that individuals can request the removal of links that appear when their name is searched, if the information on the linked pages is considered to be “outdated, wrong or irrelevant”.

After initial controversies and teething troubles, news about the landmark ruling, and Google’s approach to enforcing it, has slowed. So, 12 months on, has Google finally got a handle on RTBF?

It would seem so. Here are the latest facts, as collected by Marketing Land:

We also gained some more insights into Google’s RTBF approval/rejection process, courtesy of Google’s global privacy counsel Peter Fleischer. Speaking at a conference in Berlin, he explained that simple requests go to a team of lawyers, most of whom are based in Google’s Dublin headquarters. “Harder” requests go to a senior Google panel, with the possibility of calling in outside experts.

Despite Google’s efforts to remain transparent about its RTBF procedures, it was hit with an open letter last week calling for the release of “aggregate data about how Google is responding to […] requests to delist links thought to contravene data protection from name search results”. The letter was signed by 80 “Internet scholars”.

Not convinced by Google’s reverse image search? You could try Wolfram Alpha’s take on the feature – but it might not produce the results you’re expecting.

Rather than providing search results or similar images, as Google’s tool does, Wolfram’s Image Identification Project uses artificial intelligence to determine what the image is.