Tom Williams looks at the latest search engine optimisation news, including reports that Google’s desktop search has already peaked, publishers push for changes to First Click Free, and deep linking to Apps could be the future of SEO.

Was 2014 the Peak for Google Desktop Search?

According to the latest comScore report on US desktop search market share, 2014 may well have been the pinnacle of desktop for Google.

Here are the results month on month:

Google has subtly changed the language and action buttons for URL removal in its Google Search Console in a bid to help webmasters feel more confident using the service.

The Remove URLs tool has now changed to read “temporarily hide URLs” rather than “create a new removal request.”

Nothing has changed other than the language. The protocol or time the content is removed from Google’s index remains the same. However, it has been assumed that the change in language has been brought in to encourage webmasters to use the feature more proactively.

This is how the new page looks:

John Mueller took to the Google Webmaster Central blog to highlight changes being brought in to the First Click Free policy to better reflect the mobile, multiple device world of today.

Following feedback from publishers, the big change is that Google is limiting the FCF to just three articles per day, down from five articles previously. This change will be rolled out across Google Search and Google News.

Google wants to play its part in connecting users to quality news and in connecting publishers to users. We believe the FCF is important in helping achieve that goal, and we will periodically review and update these policies as needed so they continue to benefit users and publishers alike. We are listening and always welcome feedback.

Google is now showing a hyperlink to the main brand website for any knowledge graph box shown in search results.

Now, if you search for major brands, such as PBD, BBC, Sky News etc, you will see a clickable URL next to the site name and company description.

Jayson DeMers believes deep links could fundamentally change SEO and link building. In his post on Search Engine Land last week, he wrote about how deep linking to apps could represent the future of link building.

Deep linking – pointing to a specific internal page, such as a product page or blog article, has been a central pillar of SEO for a decade or more. But now, DeMers believes linking to apps could represent the future of link building.

However, he is quick to point out that this is still a long way off, as the mobile-using population grows.

And finally, Panda 4.2 is still rolling out. Two and a half months after its initial launch, Google’s Gary Illyes has confirmed that it is still rolling out, with Search Engine Land predicting there are still a few more months to go before this is finalised. 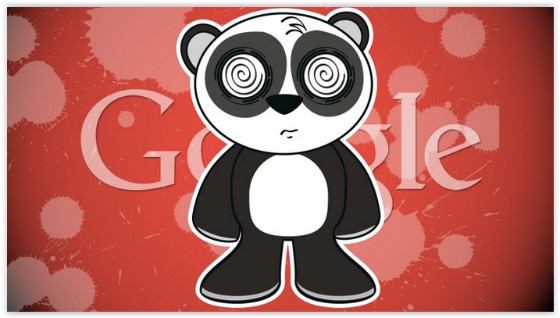 Learn our 15 crucial considerations for Technical SEO to help steer your web build in the right direction. Download your free Technical SEO Best Practices eBook and learn from the experts.