Tom Williams looks at the latest search engine optimisation news, including why Panda 4.2 will take months to roll out, how schema markup can help webmasters publish critic reviews, and why Google Search Console skipped a day on July 28.

The new Panda 4.2 update is frustrating webmasters globally, and this is not likely to improve, as Google has admitted the process could take months to complete. Those webmasters eager to see site rankings improve are in for the long-haul, as Google’s John Mueller has said an ‘internal issue’ related to ‘technical reasons’ means that the new update could take months to crawl and index all sites. 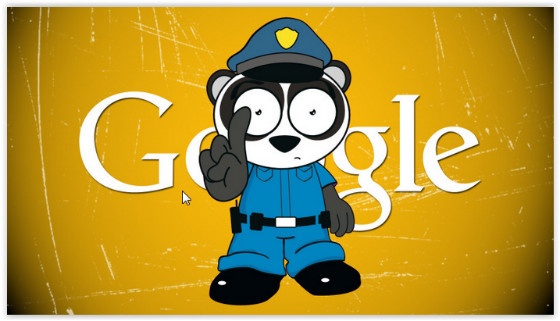 While we sit back and await the outcome of the new update, Search Engine Land has put together its FAQs on Panda 4.2, including what’s new, why some pages might drop but not others, why Panda 4.2 might not affect all pages within a site in the same way, and what the future holds for further algorithm changes.

Jonathan Wald, Product Manager at Google, took to the developers blog last week to take us through how Google Search has been building out the Knowledge Graph to provide publishers with the opportunity to increase the discoverability and consumption of reviews via markup. The feature is available on mobile, tablet and desktop, and enables publishers to showcase reviews in a prominent card at the top of the page. 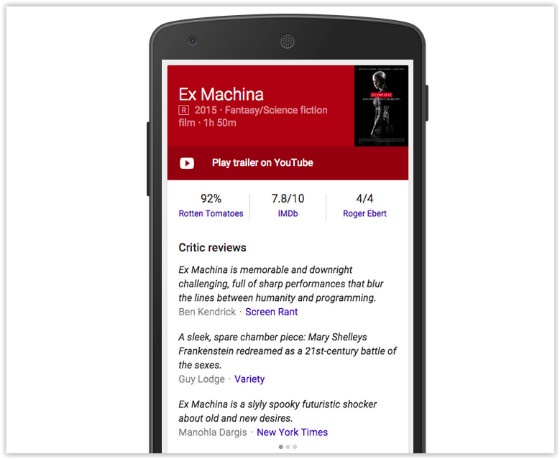 Publishers can now use markup to identify reviews and how they relate to Knowledge Graph entities. At present, critic reviews have been launched for movie entities, but Google has said it will be expanding the feature to include TV shows and books later in the year.

Publishers can select snippets of long-form reviews and then add the schema.org markup to their webpages to let Google know which snippet they prefer, what is the review URL and other metadata about the reviewed item. Google has provided detailed instructions on this in its Structured Data help centre.

Google has announced that it is to make its Search Analytics feature in Google Search Console available to developers via API. The Search Analytics API will help webmasters include search performance data into apps and tools.

According to John Mueller, set up is easy, with Google providing how-to examples in Python. Developers can use the API to verify the presence of data, as well as finding out:

Some webmasters may have found that their Google Search Console (formerly Google Webmaster Tools) analytics report is missing a day. Search Engine Land reported that data for July 28 is missing from many Search Analytics reports.

Not everyone is affected, but many will see their Search Analytics chart skip from July 27 to July 29.

Gary Illyes confirmed to Search Engine Land that Google was aware of the problem and was working on it.

Going exploring this summer? Now you can leave your map at home and your mobile phone in your pocket, thanks to an updated Google Maps app and API for Android Wear.

Users simply need to say “Ok Google, navigate to…” to bring up Google Maps’ improved turn-by-turn guidance and full-screen navigation view on their watch. The map view will remain on the watch in battery-saving mode when you are not actively looking at the screen, so no chance of getting lost.

With many travel apps now integrated with Google Maps on Android Wear, users will be able to see hotels, restaurants and other attractions around them. For example, HotelTonight can track hotel rates and availability, Priceline shows local convenience stores, Foursquare will flag up restaurants, and TripAdvisor can provide details of local shows or entertainment options.