Is Your Site Mobile Friendly? Google Mobile Ranking Factors Roll Out in April

As of April 21, Google will use mobile user experience as a ranking factor, the company confirmed Thursday. 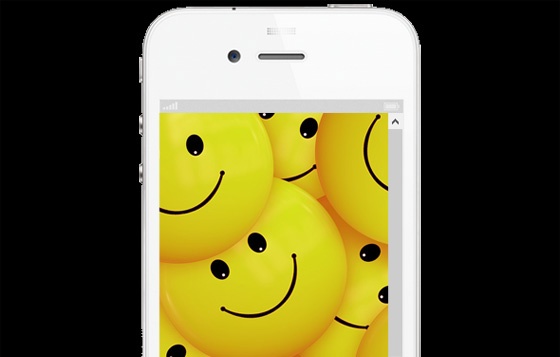 The news comes after a series of big hints from Google about the importance of mobile usability, the firm labelling mobile-friendly sites in mobile search results, and then confirmation that it was experimenting with using these mobile-friendly criteria as a ranking factor.

[The] change will affect mobile searches in all languages worldwide and will have a significant impact in our search results.

Consequently, users will find it easier to get relevant, high-quality search results that are optimised for their devices.

As we mentioned in our coverage on Friday, it isn’t clear if the change will result in a penalty for mobile-unfriendly sites, or a ranking boost for mobile-friendly sites – but the result will be much the same.

It’s also not clear if rankings will be affected in desktop search, as well as mobile.

That’s not all. Another change, coming into effect at the same time, will see links to in-app content through Google’s App Indexing service rank better.

This is a good opportunity for app producers who want to get more organic search visibility. However, the links will only appear for signed-in users who have the app installed.

Google has bolstered its security systems to warn users who try to click on sites that contain malicious software.

In a blog post, Google’s Lucas Ballard explained that tightened security has been added to Chrome, Search and ads to protect users from these dodgy downloads.

Chrome, he writes, will now show a big, red warning if users try to click through to “a site that encourages downloads of unwanted software”. 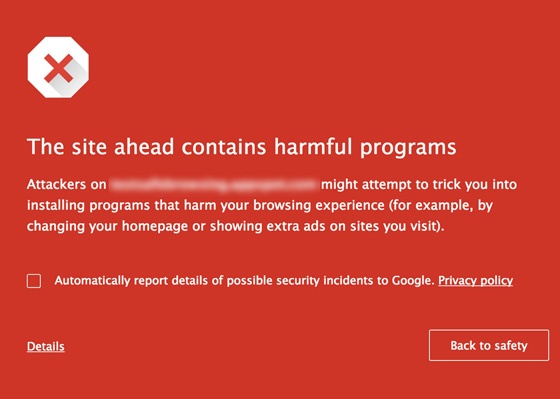 Search can now identify these deceptive sites, and as such they are less likely to appear in search results.

And Google AdWords ads that contain links to deceptive sites are now being disabled, in line with AdWords’ updated policy requirements.

In related news, Google is testing a new feature in mobile SERPs (search engine results pages), to warn users off slow sites that may present an unsatisfactory user experience.

K Neeraj Kayastha spotted the feature, which takes the form of bold red labels marking the sites as slow. Here’s an example he posted on Google+:

Is this just another test, or an extra line of defence in Google’s battle against mobile-unfriendly websites?

Google is experimenting with the colours of the ‘review stars’ in search results, reports Search Engine Land (SEL), and has shown a particular preference for the colour green.

Google apparently began testing new colours around six months ago, when it debuted grey, blue, red and bright yellow stars, along with the expected orange.

And, yes, green stars showed up back then too. But it seems they must have performed well, as they are apparently appearing more often than other alternative colours.

Yes, we’ve been experimenting a bit with colours there. You may see more experiments along these lines going forward.

As SEL explains, the lines are appearing in Google’s brand colours, such as red, green and blue.

Since so many people are reportedly seeing these new separators, SEL’s Barry Schwartz speculates that it may not be a test after all, but rather a slow rollout that has yet to reach all users.

However, in a quick office survey, nobody here (in the UK) was able to see the colourful lines. So we’ll have to put up with boring, functional grey for the time being.

According to a new study by Stone Temple Consulting, Google’s rich ‘Answers Boxes’ are now appearing for 19.45% of search queries. But there’s a caveat.

The consultancy firm examined 850,000 search queries to reach its conclusion. However, the aim of the study was to uncover rich answers, not to determine the frequency of the Answer Boxes’ appearance in general.

Therefore, the queries they used were not randomised – they were heavily weighted towards the kind of queries that might provoke Google to give an answer.

However, there are still useful insights within the study. For example, it found that Google provided 19.9% rich answers for queries taken from autocomplete suggestions, compared to Bing’s 0.7%. 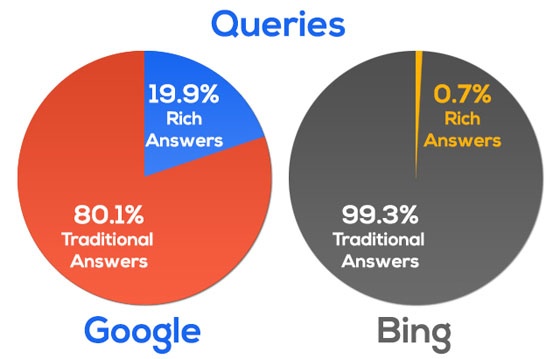 For other types of search queries, the frequency was 18.9% for Google and 1.7% for Bing. 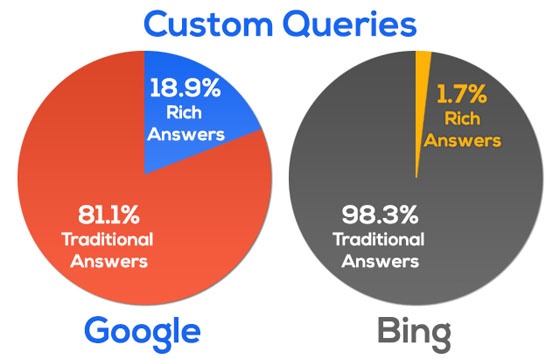 Whichever way you slice it, this shows Google is far ahead in terms of providing rich answers.

The study also found that Google provided attribution to its sources on 74.3% of occasions, and the majority of sites that Google used as its sources had a domain authority of 80 to 90.

Download your FREE guide to link penalty removal, and learn our six-step process to get your rankings back.