Tom Williams runs through the latest in search engine optimisation news, including the beginning of Google’s Penguin 3.0 recoveries, AMPs breaking desktop search, and an update to Google’s Local Search.

It was announced on Twitter when Gary Illyes said: 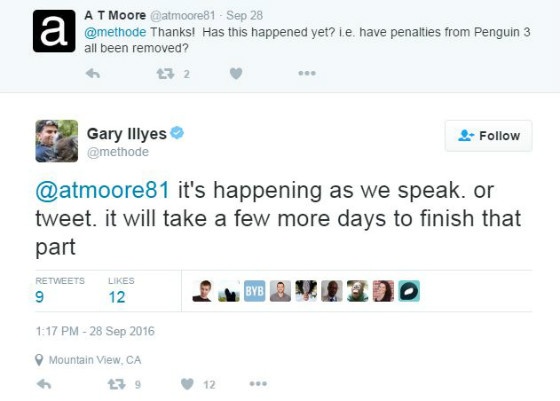 As he said, the Penguin 3.0 penalty recovery is in the process of being rolled out, and can take a few days.

A bug caused by the mobile search Accelerated Mobile Page (AMP) roll out left the desktop search results showing AMPs at the end of September.

On mobile, a small lightning bolt symbol is presented next to the snippet in the search results when a page is an AMP. For reasons not yet known, AMP symbols began showing up on the desktop web at the end of September. As AMPs are designed for mobile only use, the ‘desktop AMP pages’ did not open when clicked.

Not long after the bug was found by Google, it started rolling out a fix – so these desktop AMPs should no longer be an issue.

Google Tests a New Style for Its Local 3-Pack

Google is currently testing a new style for its local 3-pack that includes a new feature.

This new feature provides the user with a list of businesses close to any location typed in to the search bar. 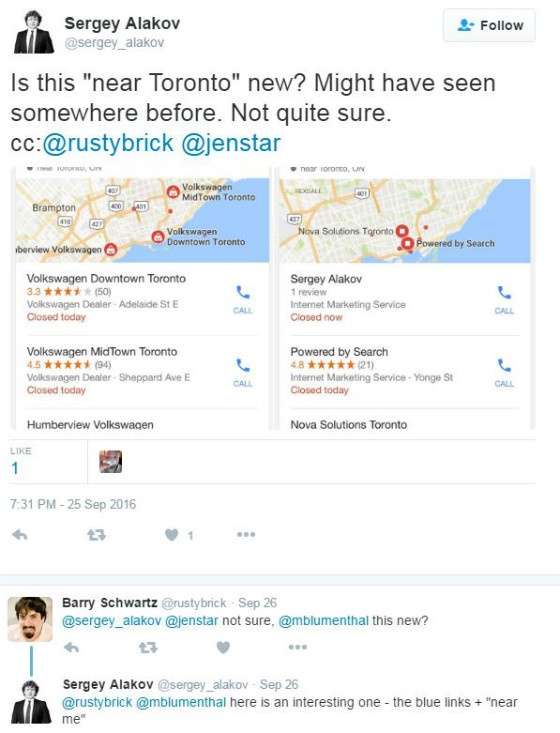 As the new feature is currently in testing, it only provides information about locations within major cities. If the feature is rolled out worldwide, Google may cut it down to allow for more refined searches.

In the marketing world, there is lots of confusion around duplicate content and the penalties you will receive regarding it. However,, there is no penalty for duplicate content. This was stated eight years ago by Susan Moska of Google, but went unnoticed by many:

Let’s put this to bed once and for all, folks: There’s no such thing as a “duplicate content penalty.” At least, not in the way most people mean when they say that.

You can help your fellow webmasters by not perpetuating the myth of duplicate content penalties!

When Google sees duplicate content, all it tries to do is show the more high-quality version by filtering the weaker page out of the search results. A good way to understand this is to remove the filters from a Google search.

By typing in ‘raleigh seo meetup’ in Google and adding ‘&filter=0’ to the end of the search URL, you will be presented with two identical search snippets – try it for yourself. This shows that both pages are indexed but only the most relevant is being shown.

Whiteboard Friday – Optimising For RankBrain: Can, And Should, It Be Done?

In this week’s episode of Whiteboard Friday, Rand Fishkin runs through the topic of optimising for RankBrain, covering whether we should, and if it’s even possible.

Find out how to improve your website’s rankings with a Technical SEO Audit from our experts.