Here’s a fresh batch of search engine optimisation news, curated by Tom Williams. In the past week, Google has struggled with bugs and glitches, and given its view on link building in 2015. What’s more, we have DuckDuckGo news and some interesting rumours regarding Google Glass…

Of all the things that might cause a searcher to think twice about clicking through to a website, the implication that clicking might infect their computer with malware, viruses and other nasties has to come near the top of the list.

Spare a thought, then, for the ‘small number of sites’ that were mistakenly stamped with a ‘This site may be hacked’ warning in Google’s search results.

An example of one of the mistakenly labelled sites. Source: Search Engine Land.

As Search Engine Land (SEL) reports, the misapplied labels were caused by a glitch in a newly-released version of Google’s hacked sites classifier. Webmasters started noticing the false warnings around Thursday.

We’re slowly rolling out a new hacked page classifier (not CMS specific) and noticed a small number of misclassifications. We’re sorry for any trouble this may have caused — we are working on addressing the issues.

Think your site may have been affected? Google has created a feedback form you can use to request human intervention in the matter.

Google News’ ‘Top Stories’ sidebar apparently vanished around February 12th, with users taking to the Google Product Forums to point out the disappearance. 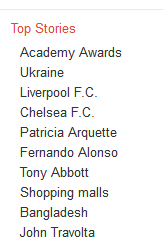 Was Google testing a new look for News? Apparently not. SEL reports that the disappearance was caused by a bug, with a Google employee stating on Wednesday that “a fix is being worked on” to bring the feature back “shortly”.

As far as we can see, Top Stories is back, in full working order.

DuckDuckGo has bolstered its Instant Answers feature with support for Czech, French, German and Polish queries. 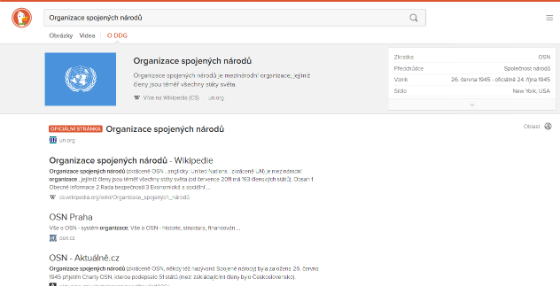 An Instant Answers result for a Czech query.

Instant Answers is similar to Google’s Knowledge Graph and Answer Boxes – they provide contextually relevant results to certain searches outside of the main organic results. For example, ‘movies with brad pitt’ brings up a carousel of related images that can be expanded for more information; searching for ‘stopwatch’ brings up a stopwatch; and so on.

The up-and-coming, privacy-focussed search engine said “many new languages” are on their way. Spanish and Russian are next up. 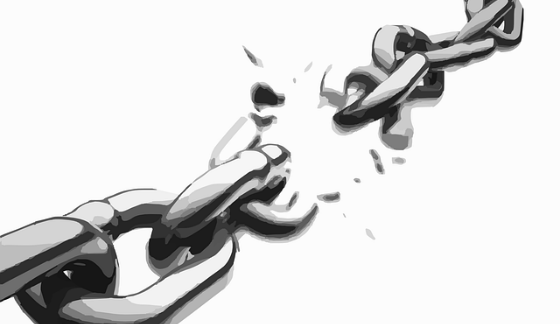 The webmaster trends analyst was responding to a participant’s question in a Webmaster Central Hangout on Friday, February 13.

The questioner asked: “Should I completely avoid link building? […] is link building in any way good for webmasters?”

In his response, Mueller said that webmasters shouldn’t only focus on links, as this approach could “cause more problems for your website than it actually helps”.

Unsurprisingly, his recommendations were that webmasters should instead focus on creating good content, and making it easy as possible for others to link to that content.

A little bit of editorial intervention: Mueller was characteristically careful in his reply – he never said that getting links was bad, but that a strategy that focuses only on links was likely to cause harm.

Indeed, he said that “we do use links as part of our algorithm, but we use lots and lots of other factors as well”.

So, in essence, nothing much has changed. Your first concern should be creating content worth linking to, rather than courting links solely for the sake of PageRank.

Reports of Google Glass’s demise may have been premature: despite shuttering its Glass Explorer programme, the firm may already be showing off the next iteration of the device to select partners, reports 9to5Google. 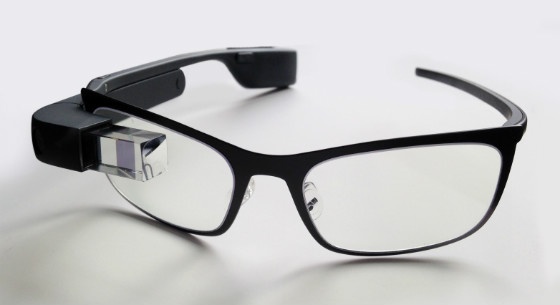 Glass, a smartphone-like device that users wear like a pair of glasses, faced heavy criticism after the costly, unfinished ‘Explorer Edition’ was made public.

‘Explorers’ were able to try the device for $1,500, but Google stopped selling the prototype headsets through the ‘open beta’ programme in January. This led many to speculate that Google had given up on the device.

But according to 9to5Google, “a version of the device” has been shown to “‘some’ of [Google’s] most important partners at some point earlier in 2015”.

It’s unclear if this ‘version’ is actually a new prototype, or whether Google is continuing its attempt to drum up interest in the device by peddling an old version.

Either way, if the reports are correct, it proves Google is still committed to developing Glass, despite apparent difficulties.

Suffering from a Google Penguin penalty? Download your free eBook to learn our tried-and-tested method for link penalty removal.