In our roundup of the week’s biggest SEO news stories, Tom Williams discovers that Google’s efforts to censor ISIS-related searches has not extended to ‘Islamic State’. Elsewhere, we examine evidence that Google’s ‘mystery update’ may be e-Commerce related, the lack of ‘Get Out of Jail Free’ cards for Penguin and Panda, and more…

Google has removed ‘how can I join ISIS’ from its list of search Autocomplete suggestions, after a concerned prod by the BBC. But similar suggestions for ‘Islamic State’-related queries are still being presented to users.

Autocomplete suggestions are algorithmically generated, so popular searches may appear automatically – even if they are considered abhorrent by the public at large.

Previously, users would only have to type ‘how can I join’ for the ISIS-related suggestion to appear. But if the user types ‘how to join is’, they are presented with suggestions relating to ‘Islamic State’ and ‘ISIL’ – alternative names for the terrorist organisation.

The remaining autosuggestion for 'How to join Islamic State'.

'How to join' autosuggestions with 'ISIS' removed.

'How can I join' autosuggestions with ISIS removed.

According to Google Keyword Planner, ‘how can I join ISIS’ is searched 20 times a month on average in the UK – second to ‘how to join islamic state’, which is searched 40 times a month, peaking in October 2014 with 170 UK searches.

As SEL’s Greg Sterling explained to the BBC, “the reason we’re seeing ISIS on Autocomplete is the number of people typing in ‘How can I join ISIS’”.

Google explained its censorship policy to the BBC in a statement:

We periodically update our systems to improve Search, so the terms that appear in Autocomplete may change over time. We exclude only a narrow set of search queries such as those related to pornography, violence, hate speech, and copyright infringement."

There was much speculation in the SEO-sphere last week over the cause of heavy ranking fluctuations in the first few days of the month.

Google confirmed it had made ‘tweaks’, but said there was no specific ‘update’ to announce. But if wasn’t Panda, or Penguin, or something mobile-related, what was it?

Thanks to search analytics software firm SearchMetrics, we may have an answer. The company conducted deep-dive research to find out which keywords were affected by the update, and discovered a decidedly e-Commerce-heavy theme.

It seems that the update was an attempt to ‘clean up’ the SERPs for e-Commerce-related keywords. For instance, misspelt brand searches such as ‘adiddas’ now lead to results that mirror the correctly spelt brand keyword. 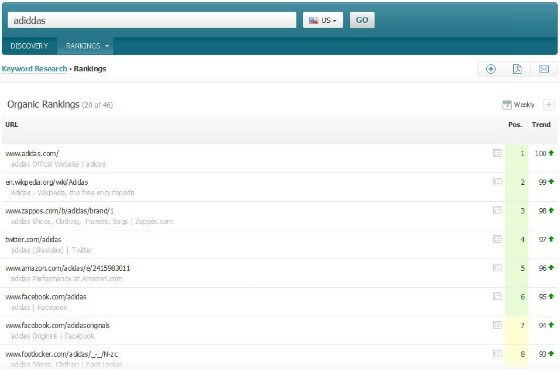 For correct brand searches smaller providers gained positions, whereas some (also bigger) domains have tremendously lost. […] Some of those rankings have changed meanwhile up to domains dropping completely out of the SERPS, or being pushed to the bottom."

SearchMetrics was quick to point out that it was “way too early” for a winner/loser analysis – if they update their findings with more detailed information, we’ll let you know.

There Are No ‘Exception Lists’ for Penguin or Panda

Webmasters whose sites have been devastated by a Penguin or Panda penalty can perhaps take some comfort in the knowledge that the algorithms are, at least, democratically devastating.

In a Google+ hangout on Tuesday February 10, Google’s John Mueller confirmed there were no ‘exception lists’ for Panda or Penguin – meaning ‘whitelists’ of sites that can never be affected by the algorithms.

Although some algorithms, such as SafeSearch, do have exception lists, Mueller said, they want to keep their penalty algorithms as ‘general’ as possible. He explained:

It’s not that we would say well this website is being recognized as kinda problematic for quality point of view, will put it on the whitelist and it will be seen as perfectly fine. That is not something that that the search quality team would want to do."

Matt Cutts confirmed the existence of whitelists for certain algorithms in 2011, but refused to dwell on which algorithms had these lists. Google later released a statement to Search Engine Land (SEL), explaining their reasoning in more detail:

Like other search engines (including Microsoft’s Bing), we […] use exception lists when specific algorithms inadvertently impact websites, and when we believe an exception list will significantly improve search quality. We don’t keep a master list protecting certain sites from all changes to our algorithms."

Google put out a call at the start of the month for testers to try a ‘neat’ new version of its Webmaster Tools Search Queries report.

The new report, dubbed ‘Search Impact report’, is now live, in an alpha version – but only for a select group of testers.

SEL’s Barry Schwartz has access to the new report, and reveals that “it adds a lot of features”, though Google says the format will change as testers provide feedback – so features that are available in the alpha may be removed or changed for the final version.

It gives you the ability to better analyse your site’s performance in the Google search results by showing you clicks, impressions CTR [click-through rate] and average position while allowing you to compare these metrics using different dimensions such as dates, queries, pages, countries, devices and search property (web, images, etc)."

Here are some screenshots of the new tool, courtesy of SEL:

As we reported on Wednesday, Google has rolled out new, improved medical content in its Knowledge Graph – with the long-term goal of encouraging other content publishers to follow suite.

The new content will appear for health-related searches in the US, and will feature fact-checked information on the rarity (or otherwise) of the condition, typical symptoms, common treatments and more – as well as specially-commissioned medical illustrations.

Google’s official line is that it wants to ‘empower’ users to learn more about medical conditions, but SEL’s Greg Sterling revealed that Google is also aiming to “motivate the improvement of health content across the internet. The company also said that comparing its curated health content and that of third-party sites may lead to a better understanding of which publishers offer solid information.”

The content is already available in the US. Google says it aims to roll the Knowledge Graph cards out in other territories, as well as to expand its initial content offering.