Tom Williams looks at the latest search engine optimisation news, including the restructure of Google under Alphabet, Twitter’s appearance on Google Search, the launch of Hangouts 4.0, and discovers Alphabet could be breaking Google rules already…

Running Google as Easy as ABC

It’s been the biggest news of the week by far – Google’s Larry Page announced the re-organisation of the company under a new holding company called Alphabet. Page explained:

What is Alphabet? Alphabet is mostly a collection of companies. The largest of which, of course, is Google. This newer Google is a bit slimmed down, with the companies that are pretty far afield of our main Internet products contained in Alphabet instead.

According to Page, the new organisation will allow for “more management scale, as we can run things independently that aren’t very related.”

Alphabet is launched with eight companies under its umbrella, namely:

Domain-level link features are the most important ranking factors in Google search, according to the latest Moz ‘Search Engine Ranking Factors 2015’ study.

According to Moz, this is the largest study they have ever done on this topic.

The study orders the various search ranking factors based on (a) asking industry experts their thoughts on over 90 factors and (b) using correlation studies to measure the search results and rankings.

The Moz team interviewed 150 search marketers, combined with data from SimilarWeb, DomainTools, and Ahrefs to compile the study.

Apparently, the Alphabet home page has a secret link. This leads to Hooli [XYZ], the research arm of the fictional Hooli company in the HBO comedy series, Silicon Valley. While some might find this funny, it is in direct violation of Google’s guidelines, which state:

Hiding text or links in your content to manipulate Google’s search rankings can be seen as deceptive and is a violation of Google’s Webmaster Guidelines.

We doubt Alphabet will suffer any serious penalties, as this is obviously a joke, but ironically, Alphabet is already breaking the Google rules.

The move follows the implementation of Twitter listings into mobile search results within the US, which Google began to roll out in May. It seems this is now transferring to desktop and moving beyond the US. 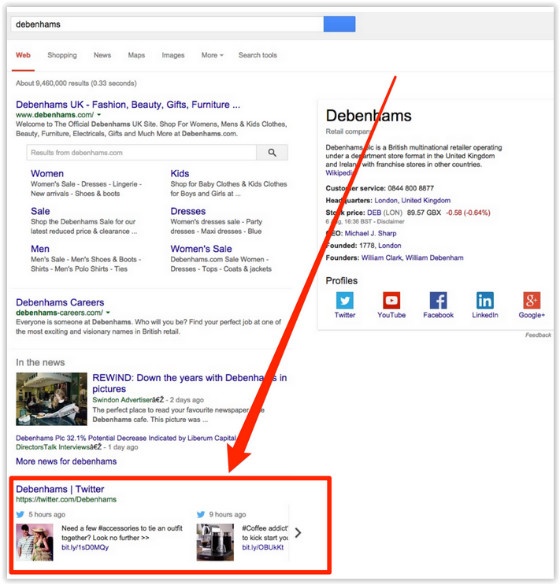 Google has confirmed that it is testing Twitter integration with desktop search results, so watch this space to see how this develops.

Further Google experiments are being seen with indexing images found within PDF documents and then displaying those images within Google Image Search.

According to Search Engine Land, Google first started testing this feature in June.

Here’s how Google is displaying the image results in Google Image Search:

According to Alex Chitu, Google can only offer a “view PDF” option as it cannot link to an image from a PDF file.

Google Hangouts 4.0 – Faster Than Ever

Google launched its new Google Hangouts 4.0 for Android on August 10, delivering a fresh new look, improved speed and features to make it even easier to reach people. 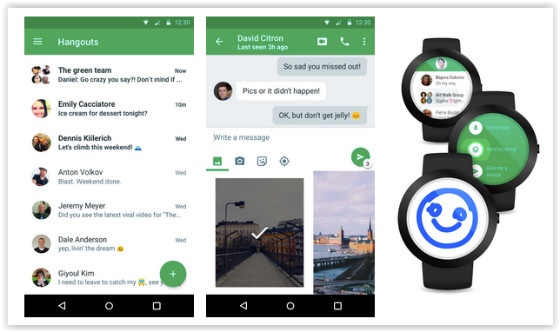 According to product manager, Amit Fulay, Hangouts 4.0 is updated with 'material design', to make it more intuitive. A new compose button makes it easier to start conversations, while bug fixes have made it run faster and use less battery.