Tom Williams looks at the latest search engine optimisation news, including the imminent arrival of the real-time Penguin algorithm, Google fine-tunes spam algorithm, and the introduction of Accelerated Mobile Pages.

Google’s Gary Illyes confirmed at SMX East last week that the next Penguin update will be rolling out in the “foreseeable” future. Illyes pointed to the fact that the update could be introduced before the end of the year and that this will be the real-time version of the algorithm.

The aim of the real-time Penguin algorithm is that it will process link removals and disavows in real time, meaning that websites should recover quicker from any Penguin penalty. However, webmasters be warned, this real-time algorithm will also dispense with penalties pretty instantly too.

Google software engineer Ning Song took to the Webmaster Central blog last week to give us an update on how Google is tackling spam in search results.

Song explained that Google is introducing a series of algorithmic changes that could impact 5% of all spam queries. Song wrote:

As we roll out the new algorithms, users might notice that for certain queries, only the most relevant results are shown, reducing the number of results shown. This is due to the large amount of hacked spam being removed, and should improve in the near future. We are continuing tuning our systems to weed out the bad content while retaining the organic, legitimate results.

Mobile accounted for more Google searches than desktop computers for the first time ever this summer, according to Google’s search chief Amit Singhal.

According to Singhal, Google processes more than 100 billion searches a month. However, Tech Crunch pointed out that Google competes with Facebook and Apple for mobile web browsers, while mobile search is becoming increasingly vertical, with shoppers bypassing Google and searching for products directly on Amazon, for example.

We want webpages with rich content like video, animations and graphics to work alongside smart ads, and to load instantaneously. We also want the same code to work across multiple platforms and devices so that content can appear everywhere in an instant — no matter what type of phone, tablet or mobile device you’re using.

Google plans to build more features and functionality in the months ahead, focusing on content, distribution and advertising.

He looked at 500 Internal Server Errors, downtime with 500 responses, and 503 Service Unavailable responses, and detailed the implications for your website. In summary, the quicker you can get your site back up and running the better, for both the user experience and your rankings. 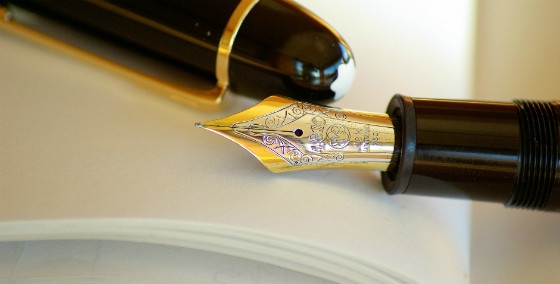 This is a complete u-turn on Google’s decision in August 2014 to remove support of authorship markup completely. His reasoning? According to Illyes, you never know when Google might decide to start using this markup again.

And finally, in keeping with its new corporate Alphabet structure, Google has bought the domain name abcdefghijklmnopqrstuvwxyz.com.

Created in 1999, abcdefghijklmnopqrstuvwxyz.com was acquired by Google last week for an undisclosed sum. The company launched its new corporate structure in August, with the URL of abc.xyz.

While Google may now own abcdefghijklmnopqrstuvwxyz.com it does not actually own alphabet.com – which is currently owned by German car manufacturer BMW.

It is not clear what Google or Alphabet aims to do with its new domain, and when we checked out abcdefghijklmnopqrstuvwxyz.com this morning the site was not available.

Put your site to the test straight away with our quick technical checks. Download your free Technical SEO Best Practices eBook and learn from the experts.