Google has reported that it has seen a 180% increase in the number of sites getting hacked and a 300% increase in hacked site reconsideration requests since the start of the year. As a result, it is refocussing its efforts on speeding up site recovery.

While we are working hard to help webmasters prevent hacks in the first place through efforts such as blog posts and #NoHacked campaigns, we recognize that our reconsideration process is an important part of making recovering from a hack faster and easier.

According to Feira and Niu, Google is now focussing on:

Part of the improved tools offering seeing Google beta testing the automated removal of some hacked manual actions. For example, in Search Console, if Google sees a "Hacked site" manual action under "Partial matches", and its systems detect that the hacked content is no longer present, Google will remove that manual action.

“We still recommend that you submit a reconsideration request if you see any manual actions, but don't be surprised if a 'Hacked site' manual action disappears and saves you the trouble!” explained Feira and Niu.

The survey, which polls 40 leading local SEO practitioners, pointed to a gradual trend towards Google rewarding quality on all fronts, according to David Mihm from Moz.

The survey also showed that Google+ is on its way out as an influencer on local search, in part due to the removal of links to Google+ pages from Maps.

Here’s a summary of the results: 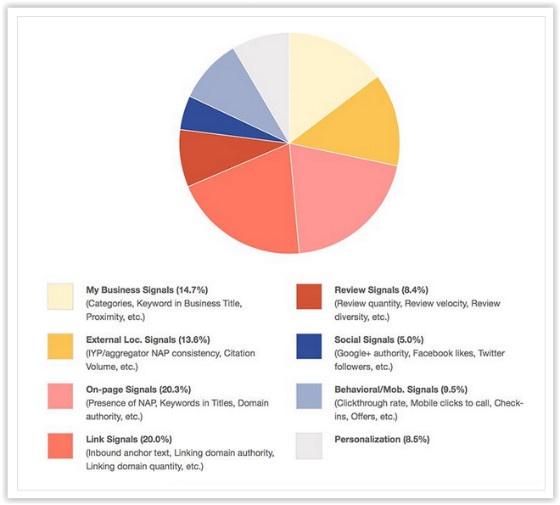 France Argues On Right To Be Forgotten Loop-hole

France and Google seem to be at a stand-off over the “right to be forgotten” (RTBF) after France’s privacy regulator (CNIL) rejected Google's arguments against expanding RTBF to its global index. At present, Google limits RTBF removals to European domains such as Google.fr while content can remain on its main global domain Google.com

Search Engine Land has reported on Stone Temple Consulting’s (STC) recent study on Wikipedia’s Google traffic, which confirms that the site is seeing a decline in traffic from Google organic search.

Following a report from SimilarWeb, which first highlighted the Wiki decline, the STC study shows that Wikipedia has seen a decrease in URLs in the top 10 results in both commercial and information queries in Google search.

This chart shows, by date, what percent of queries show a Wikipedia URL in the top 10: 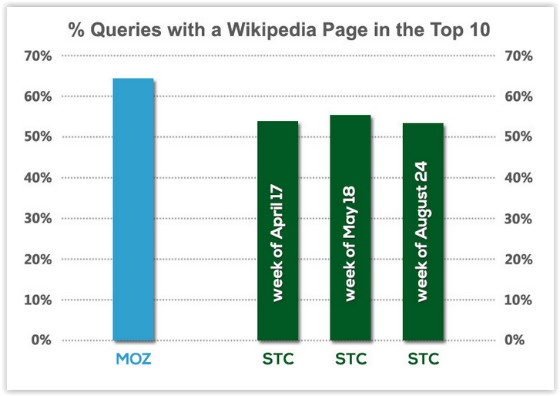 For a clearer picture of the decline, this chart shows the drop in the number of 1 and 2 positions for Wikipedia in Google:

Google Voice Search Faster Than Ever

The Google Speech Team announced last week that it has been making improvements to its voice search which makes the service now “blazingly fast”, thanks to new neural network acoustic models.

According to Search Engine Land, the new and improved Google voice search is 300 milliseconds faster and is now “more accurate, robust to noise, and faster to respond to voice search queries models.”

The new acoustic models are available for voice searches and commands in the Google app on both Android and iOS, and for dictation on Android devices.