Posted in SEO
On 29 Oct 2014
By ClickThrough Marketing

Another week, another raft of developments in search engine optimisation. Here are five big stories that have gotten us thinking over the last seven days.

After criticism of its anti-piracy efforts from the likes of James Murdoch, Google announced on Friday, October 17, that it had “refined the signal” that demotes copyright-infringing content in its search results. In other words, it had updated its 'Pirate Update'. 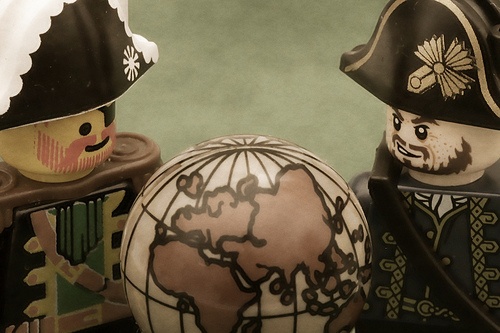 Judging by the results noticed by TorrentFreak (reported here), the update well and truly hit as Google promised. According to TorrentFreak's reports, one site saw “all search traffic [drop] in half”.

More information has since come to light, thanks to Marcus Tober at SearchMetrics, who published a study into Pirate Update's biggest losers on Sunday, October 26. Tober says “I found that almost all sites where I think they had a drop because of the Pirate Update the drop was enormous. Some sites received a loss in SEO Visibility to 98%.”

Back on Monday, Google announced a change to its technical Webmaster Guidelines that came with a clear warning: If you block Googlebot from 'seeing' CSS and JavaScript content in your robots.txt, your rankings could suffer. 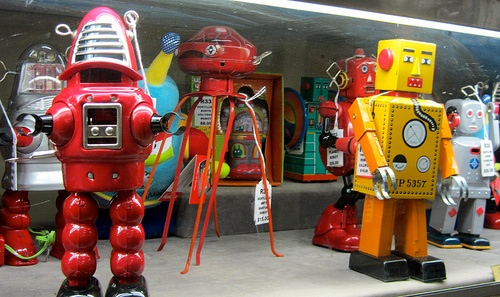 Not this kind of robots. Source: ellenm1 at Flickr.

For many, the update will seem to mark the latest step by Google towards using user experience (UX) as a ranking factor.

Google says the update reflects its redeveloped indexing system, which now 'sees' entire pages like a modern web browser, rather than a text-heavy version akin to older browsers. However, the recommendations that come with the news (optimise page load speed, design to progressive enhancement principles etc) seem very much like big hints to get your UX in order.

However you want to interpret the news, the implication is clear: Google is thinking about UX, so you should too.

According to a new study by seoClarity, mobile search sees a much bigger drop-off in click-through rate (CTR) between results one and two, compared to desktop search. 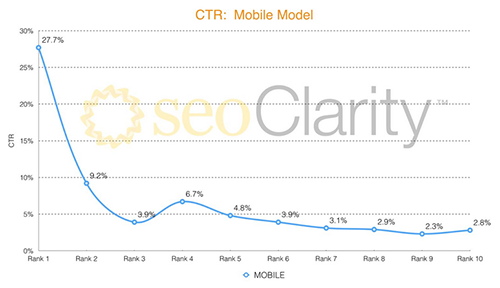 The study, published Thursday October 23, notes that the top result in mobile search typically sees a CTR of 27.7%. However, only 9.2% of users will bother clicking on the second result – a drop of nearly 67%.

Compared this to desktop, where the number-one result typically has a 19.3% CTR, compared to result two's 11.4% - making for a comparatively small drop of about 41%.
There could be numerous reasons for this, including differences in layout and the context in which people search on mobile and desktop. However, although a difference in CTR could be anticipated, it's unlikely many would have predicted it as being so substantial.

Fancy Letting Google Into Your Office? Because They Want to Visit

Stock up on canapés, because Google wants to pay a visit to your office. 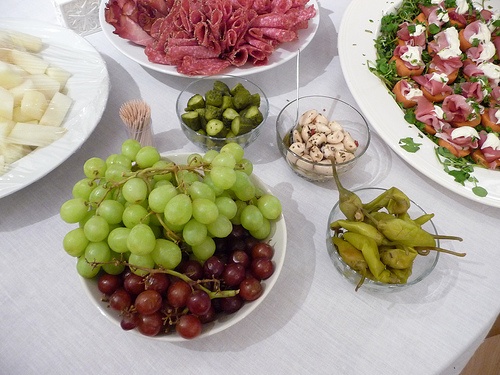 Leave some for us, Google. Source: Elin B at Flickr.

As laid out in a Google+ post by Gary Illyes, Google's Webmaster Trends Analyst team is interested in observing firms whilst they work, with a view to gathering insights into the way teams manage site content and infrastructure.

Why is Google doing this? According to Illyes, the goal is to “create internal reports that we'll use for improving our communication, support, and web-search related products like Webmaster Tools.”

In return, you'll get to ask Google anything! Illyes says they'll try to answer any question “within reason”.

The visits last “a couple days (at most)” and are open to companies in Europe and North Africa. If you'd like to be considered, you can sign up here.

If, like us, you've often lamented the fact that you can't search using tiny pictures of public transport and Japanese food, sob no longer – Bing has come to the rescue.

Believe it or not, Bing isn't the first search engine to do this. Yahoo! and Yelp already allow users to include emojis in their search queries. Google is the last big search engine to shun the feature.

What's next? An emoji-only search engine to follow in the footsteps of Tom Scott's emoji-only social network?