Posted in Inbound Marketing
On 25 Sep 2015
By Amy Dugmore

Amy Dugmore brings you all the latest social media marketing news from the past seven days, as pinners begin to embrace the festive season, Instagram achieves 400 million users and The Washington Post inundates Facebook. But what about #piggate…

Feeling festive? Yes? Then you’re probably a Pinterest fan. The platform has revealed that its users begin gearing up for Christmas early – with 47% of Pinterest users starting their shopping before Thanksgiving (that’s 26th November to those of us here in the UK). That compares with 39% of non-Pinterest users.

Did Twitter edit the UK trending topics this week? While the Twittersphere was abuzz with the #piggate scandal, a few eagle-eyed users spotted that while the hashtag was trending globally it was not trending in the UK. This led to speculation that trending topics might have been edited – but why?

Twitter user @ThomasPride shared a screenshot of the trending results as he saw them on 21 September – the day the scandal broke. 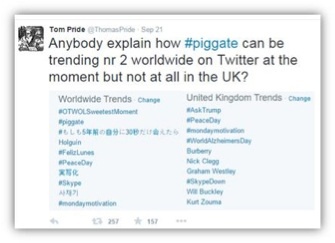 So why wasn’t @ThomasPride able to see #piggate in UK trending topics? According to Twitter, the algorithm it uses to identify trending topics takes into account a variety of factors, including the user’s own location and the topics being discussed by users they follow.  In other words, it’s not enough for a topic to be popular on Twitter – it needs to be popular among your own Twitter network for it to appear in the trending topics lists.

Was @ThomasPride’s Twitter network talking about #piggate on Monday? If not, they might be the only ones who weren’t.

Instagram has hit the 400 million user mark. According to its blog, as its user-base grows, the photo-sharing network is becoming increasingly global:

Our community has evolved to be even more global, with more than 75 percent living outside of the US. To all the new Instagrammers: welcome! Among the last 100 million to join, more than half live in Europe and Asia. The countries that added the most Instagrammers include Brazil, Japan and Indonesia. 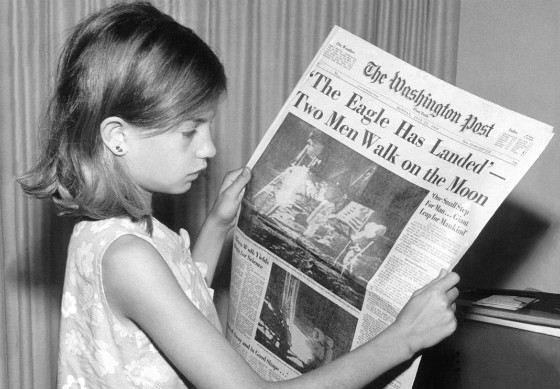 Facebook is extending its Instant Articles feature to more users and more publishers. The feature, which was launched in May this year, allows selected publishers to host their content directly within the Facebook app.

Initial reactions were mixed: while high-profile publications including The Guardian, BuzzFeed and The New York Times trialled the feature, there was also plenty of speculation about the implications for the future of the media.

It appears, however, that Facebook has deemed the initial trial a success. The platform is making Instant Articles viewable to even more users, and has also signed up a number of new publishers, including The Huffington Post, Mashable and Business Insider.

The Washington Post is putting its full backing behind Instant Articles, pledging to post every single story on Facebook via the app – that’s 1200 articles, on average, per day.

Want to use content to improve the quantity and quality of traffic and leads generated? Download your free guide to Content Ideation today and learn from the experts.