Social Media News Roundup: Google+ Launches ‘Collections’ – But is it Enough to Save the Social Network?

Posted in Social Media,Google
On 08 May 2015
By Amy Dugmore

Google+ is jumping on the ‘scrapbooking’ bandwagon – but with new research confirming its users are hardly using the network, can Google rescue Google+ from oblivion? Amy Dugmore has the info – plus more social media marketing news from around the web…

Google+ launched a new feature on Monday, which promises to provide users with “a place to express the things they love”. 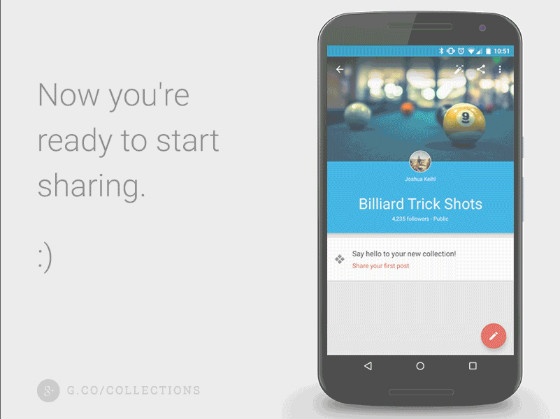 Sound familiar? The announcement has already led to comparisons with Pinterest, and the layout of Collections has more than a passing resemblance to Pinterest’s board format.

The new feature has not yet rolled out to all users; however Google has already curated a selection of featured Collections.

Will this be the ‘killer app’ Google+ needs to win users affections? TechCrunch says:

It’s unclear to what extend offering users the ability to organise their own content into groups will actually increase user engagement with the social network, as Google+ has historically struggled to differentiate its site from Facebook over the years and grow beyond its core audience to reach mainstream saturation.

Which brings us rather tidily onto our next story…

A new study has set out to prove what many digital marketers have long suspected… Google+ users aren’t very active.

Eric Enge of Stone Temple Consulting analysed just over half a million Google+ profiles and extrapolated the data. He concluded that only 50 million Google+ users have posted more than five times. This 50 million makes up roughly 2.3% of Google+’s reported 2.2 billion accounts.

Less than eight million users – or around 0.4% - have created more than 50 public posts. And only 23.4 million posted during Enge’s 30-day survey period. 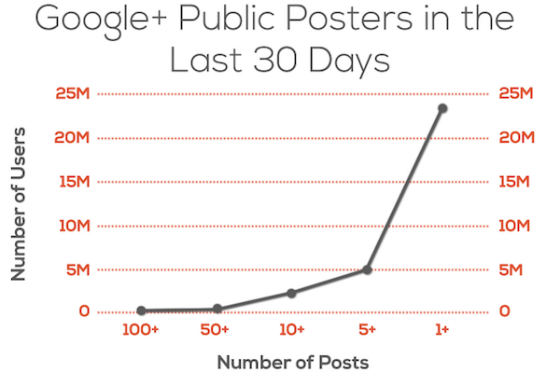 Does this mean Google+ is, as some have claimed, the social media equivalent of the walking dead? Not according to Enge. He wrote:

Yes, it’s small, but it’s vibrant. You must take into account comments, use of the +1 buttons, and lurking activity to have a fair comparison with other social networks.

For example, if you estimate that 90 percent of a social network is in some form of lurking mode, you get some sort of idea where things are with the G+ stream overall.

LinkedIn is bolstering its reporting capabilities with a new feature, snappily dubbed ‘Analytics for publishing on LinkedIn’.

Announced yesterday, the new reporting dashboard lets publishers dig deeper into user engagement metrics on a post-by-post basis. Brands can now track post views over time (with six months of historic data), view demographics of engaged users, and view the profiles of those who have liked or commented on a post. 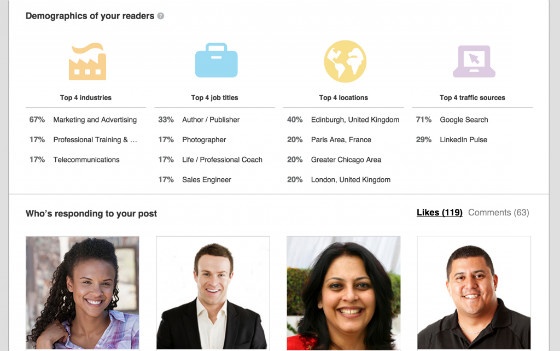 David Petherick, who tested the feature, summed up the benefits in a blog post:

1. I can see the audience I am reaching by industry, location and even job title, and see if it aligns with who I am trying to reach

2. I can see where traffic is being driven from and see where I can try to stimulate more traffic

3. I can see patterns of visit behaviour, and act to share further when traffic starts to tail off

4. I can engage with and thank the people who have read, liked, commented on or shared my work easily

The feature is in the process of rolling out.

Facebook announced yesterday that it was “expanding [its] deep linking capabilities beyond engagement ads to also include mobile app install ads”. 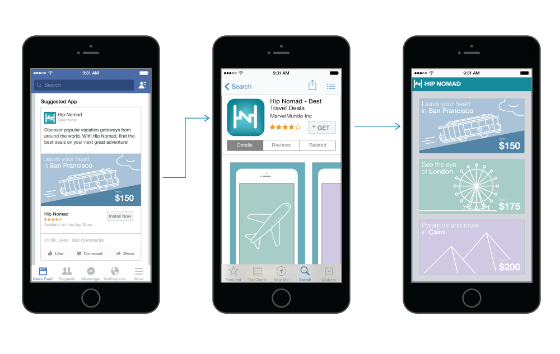 This means advertisers will be able to send users to a specific place within an app, after the ad is clicked, and the app is downloaded and installed.

For example, if a travel app is running mobile app install ads featuring a vacation to San Francisco, people who install the app and open it will be taken directly to information about the San Francisco offer.

This makes it more likely the person will find information about the San Francisco trip that interested them, rather than having to search for it manually. Removing extra steps between clicking the ad and getting to the travel offer provides a more seamless customer experience.

The feature is available now for all developers using the Facebook SDK.

Alongside overall social influence (Klout Score), users will now be able to see stats on an individual’s topic expertise. Top accounts will now display an expertise badge for relevant topics.

Klout isn’t exactly being modest about its new feature. In its announcement post, Sahana Ullagaddi wrote: “The next phase of Klout is here, and it’s going to revolutionize how we perceive and act upon the value of influence.”

It will be interesting to see whether expertise badges live up to this promise. They certainly seem like they could be useful for influencer outreach. However, not all topics are covered yet – Klout is currently tracking 10,000 topics.

Following on from last week’s announcement that Instagram now supports emoji hashtags comes a study into emoji usage on the platform.

According to Instagram, emojis now account for almost half of all comments and captions posted by users.

TheNextWeb produced this nifty graphic showing the most popular emojis used on the platform:

If you’re thinking that it’s about time you brushed up on your emoji-speak, Wired’s article on emoji meanings and interpretations is an interesting place to start.

Instagram users in search of the perfect food shot should head to Catit restaurant in Tel Aviv for one of its Foodography nights.

According to Christopher Hooton in The Independent, “the food is presented on social media-optimised plates and diners are taught how to take the best food photograph”.

And that’s not all – food can be served on a 360° plate so that diners/photographers can film their food in motion.

Catit currently holds a 4.8-star rating on Google reviews, with all but one reviewer giving the restaurant the full five stars. So at least you know the food is good, as well as the photography.