Though historically used for link discovery, Google’s Link Operator functionality has appeared to have further reduced its operability. Though never exhaustive, recent searches for high authority domains have failed to turn up any results at all.

Google has been recommending that webmasters use Google Search Console for better link reporting for some time now, but it was reported last week that the link operator had completely ceased working for certain sites, including Google itself.

Google Webmaster Trends Analyst, Gary Illyes, responded to speculation via twitter by confirming that the link operator had not been scrapped, and was still in operation.

Contributing to the speculation over Link Operator’s future, it was also recently removed from Google’s search operators list. 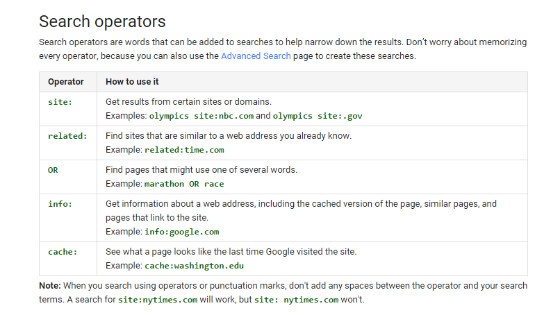 Link operator has not been the ideal method of choice for webmasters requiring a more detailed analysis of link building for some time now. Its recent removal and subsequent lack of functionality appear to suggest that the tool will soon become obsolete. While Google Webmaster Tools offers sufficient capabilities when compared to Link Operator, Ahrefs and Majestic offer a wider scope of resources.