With a ban on new, non-electric cars looming in 2030, how quickly is the UK moving over to electric vehicles? We review how electric cars are affecting our car-buying habits.

With the UK government committing to end the sale of internal combustion engines by 2030, British households must start planning for an electric car future. Research by Ofgem has found that 24%, nearly one in four, UK households have plans to buy an electric car within the next 5 years (Ofgem, May 2021).

But with the current challenges all industries are facing in this time of economic uncertainty, how likely is it that the British public will be ready to switch to high ticket items such as electric vehicles? 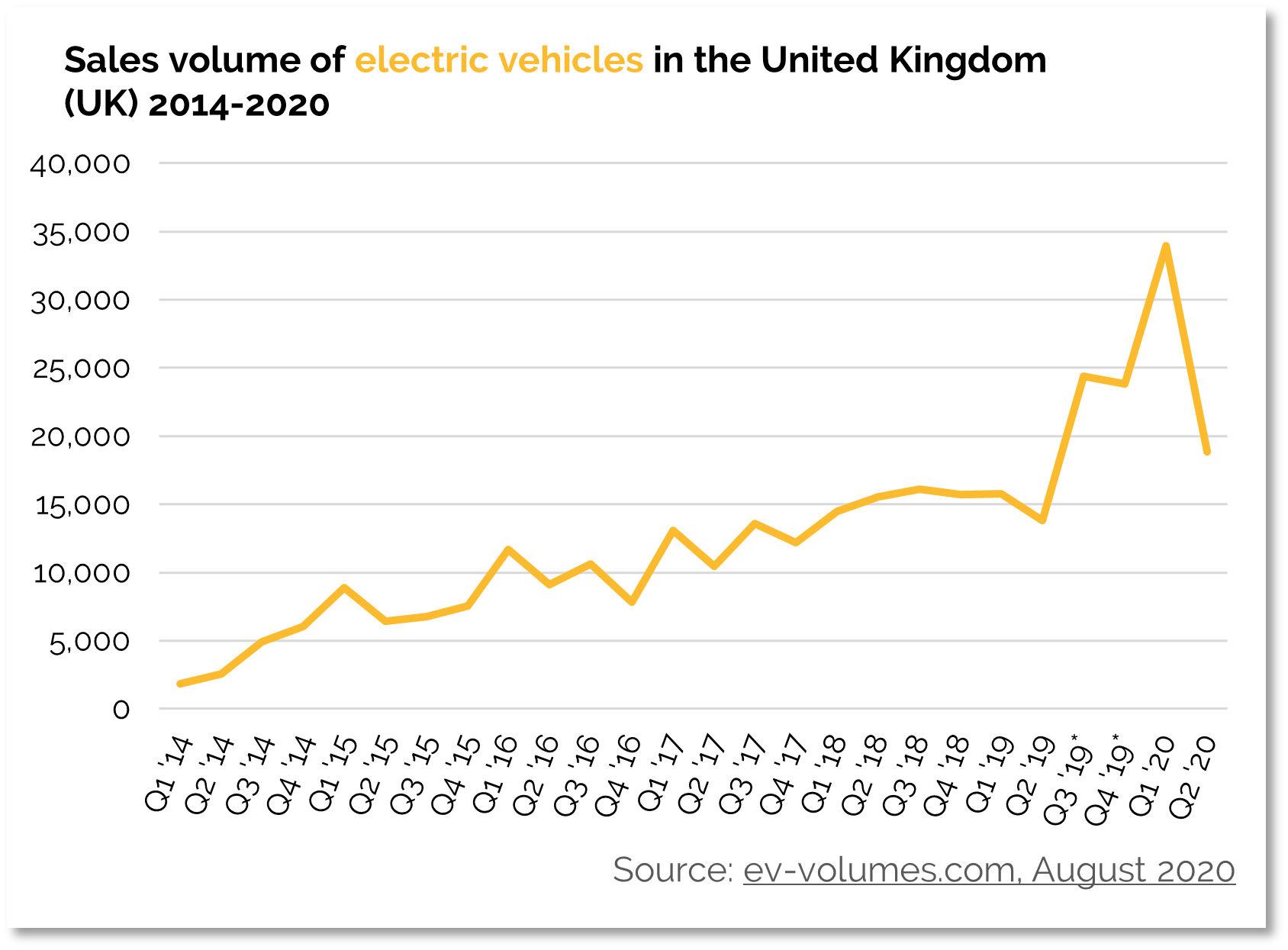 Within the last few months, more than one in four new cars sold in the UK have been completely battery-powered or a hybrid vehicle, indicating new car sales are already heading to fall in line with the Carbon Net-Zero agenda. However, the automotive market (like all industries) will be facing difficulties in these current economically challenging times. With the cost of electric vehicles generally being more expensive than an internal combustion engine vehicle, car buyers looking for new vehicles may be more hesitant to look at expensive models in the short term.

Despite concerns for domestic electric vehicle ownership, EVs may be set to see a boom as a leasing and company car option. In addition to steady growth in electric vehicle sales, interest in leasing electric vehicles (as opposed to petrol or diesel options) has grown rapidly. Leasing.com saw a 78% increase in enquiries to lease plugin hybrid vehicles between January and June 2021, while petrol vehicles grew by 3% and diesel fell by 13%. 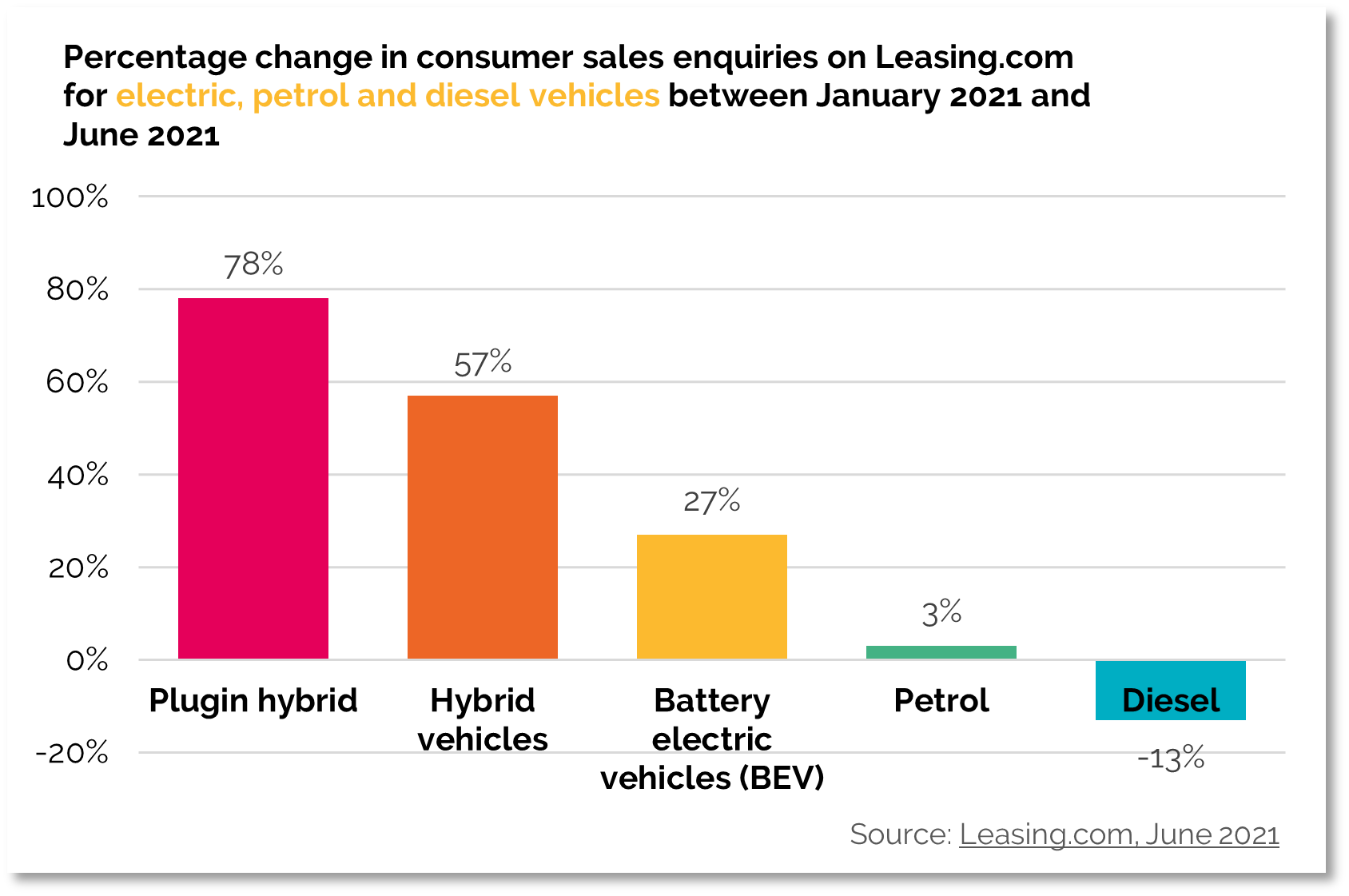 In line with their Net Carbon Zero ambitions, the UK government is providing financial incentives for drivers to switch to electric and offset the initial expense of car purchase and installation expenses. As there is currently only a 2% BiK on zero-emission vehicles this is a huge incentive for drivers to make the shift to an electric vehicle. The government has also made changes to the EV grant which will make the cost of cheaper zero/low emission vehicles more affordable. This will therefore further incentivise drivers to make the shift from ICE to EV as they are becoming more appealing to purchase and own.

The Benefit-in-Kind (BiK) rates for EV and ULEV vehicles have been set until 2025 by the Government as they are trying to make ULEV vehicles more appealing to drivers by making more cars affordable:

Additionally, the UK government provides funding of up to 75% towards the cost of installing a charge point for electric vehicles to a domestic property. However, with this only being available to either renters or those living in flats, there may still be hesitancy to invest any expense in either a non-permanent residence or in shared parking facilities.

One of the biggest barriers to buying an electric vehicle is anxiety about being able to charge your car at convenient points. Beyond the added car purchase cost of installing a charger at home (which can cost around £1,000), electric vehicle owners must plan longer journeys to accommodate charge points along the way (with no certainty they will be free and available) and factor in the charging time into their journey duration.

In March 2022, there were 6,600 searches for “charging points near me” in the UK each month, having risen from 480 in April 2019, reflecting the increase in demand for charging points from electric vehicle owners. 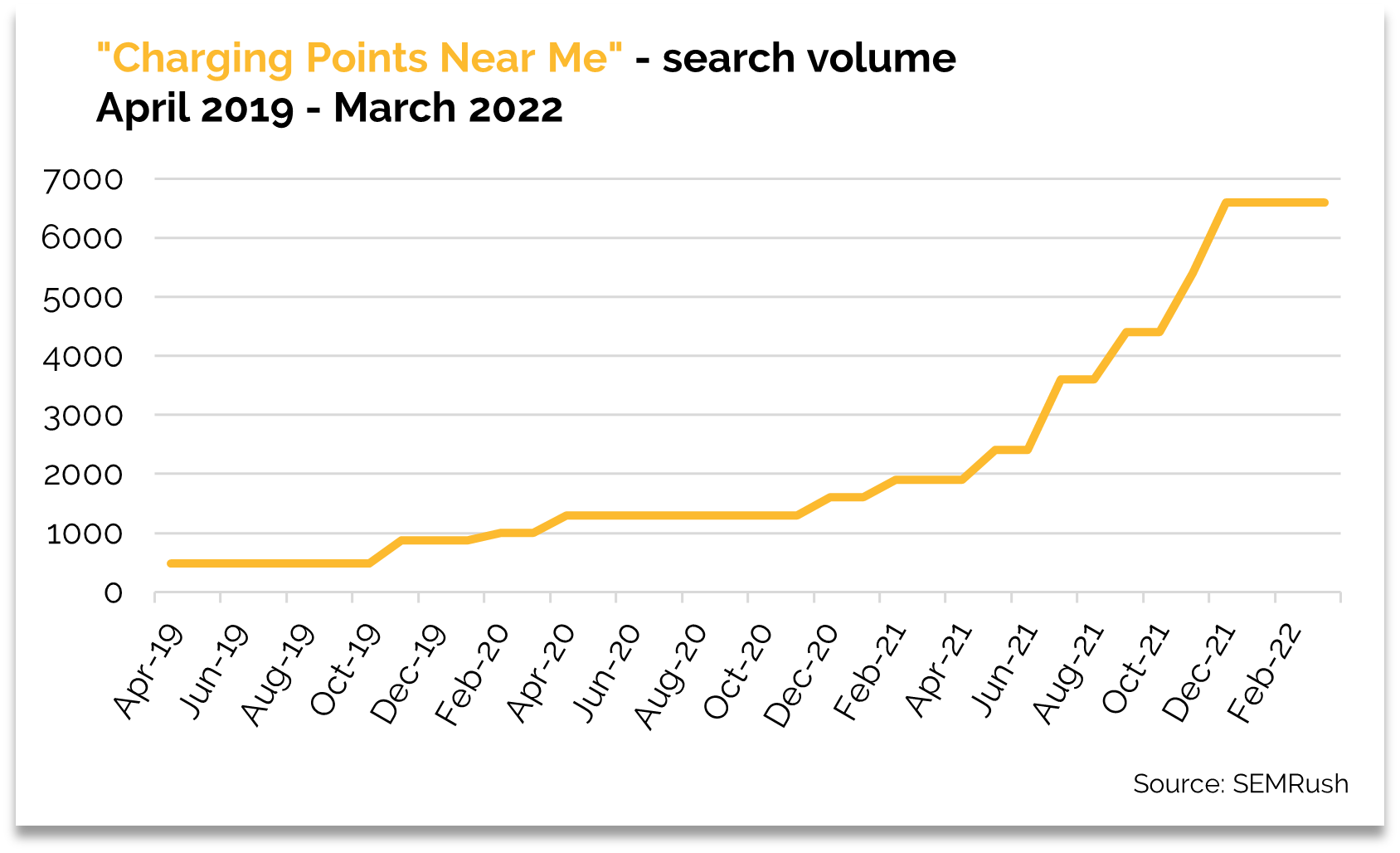 Though fueling up on the go is nothing new (after all, who has a petrol pump inbuilt to their home??) the limited amount of electric charging points in comparison to petrol stations adds pressure for electric vehicle owners to know where their next charge will be coming from.

However, with the UK government mandating that all new build houses, buildings, and buildings undergoing major renovations from this year must be built with an in-built charging point for electric vehicles, 145,000 charge points will be added to the UK’s roster each year. This will help alleviate charging anxiety among buyers of new builds, or even employees of newly built workplaces that have these points available.

So how quickly can we expect to see a complete turnaround to electric vehicles?

It’s a given that, due to the tax incentives on electric vehicles used for company cars, fleet and corporate car purchases will naturally see a steep rise in electric vehicle acquisition. But current economic constraints are likely to impact the purchase of new cars, particularly more expensive models. Though this may slow the purchase of electric vehicles (particularly when the additional cost of installing charging points is to be factored in), government incentives and initiatives around the adding of charging points to all new buildings may help to gradually ease consumer hesitation.

Want to read more about the latest issues in the automotive industry, and find out which companies are set to thrive online? Get in touch for your free copy of our competitor intelligence report. 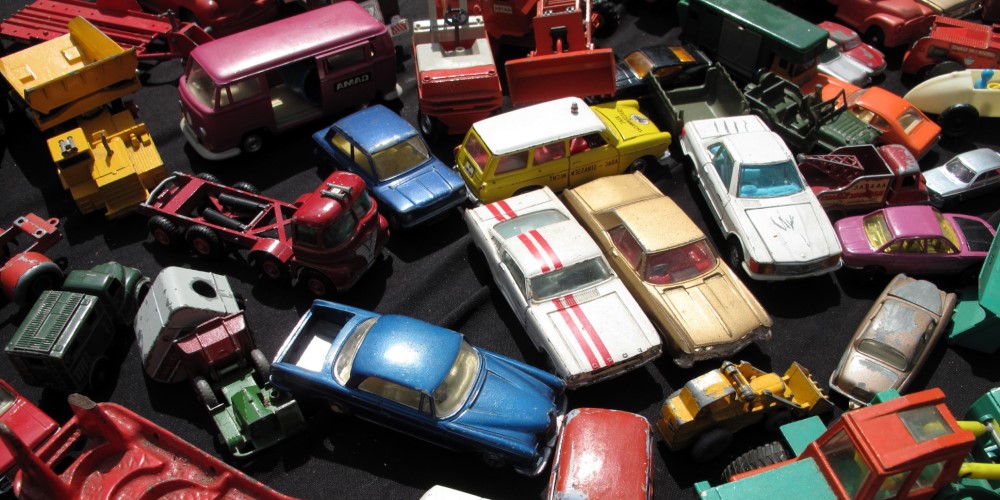 Which UK car dealerships have the strongest domain rating?

Why does domain rating matter for car dealerships? We look at which dealerships are racing ahead and how everyone else can improve.