Posted in SEO and Content,Digital Paid Media,Digital PR
On 14 Mar 2022
By Regan Foy

If you’ve been anywhere on the Internet over the last five months, the chances are that you’ve probably seen the word ‘Metaverse’ being bandied about – and that’s not what Spiderman had to face in the latest Marvel film, either – although we might jump (or swing) back to that later.

In October 2021, Facebook CEO Mark Zuckerberg introduced ‘Meta’, a rebrand of the Facebook company that allowed all the apps and technologies that they have developed, and purchased, to sit under one umbrella company in the eyes of the average Joe. Rather than Facebook owning WhatsApp, or Instagram, it is now Meta that owns all three.

Alongside this introduction, there was also the announcement of the aforementioned Metaverse, which, in the words of Zuckerberg will “help people connect, find communities and grow businesses”. It is described as the successor to the mobile internet and a set of interconnected digital spaces that let you do things you can’t do in the physical world, with references to hanging out, gaming, fitness, businesses and more.

At the base level, it sounds like an MMO (Massively Multiplayer Online) game, mixed with augmented and virtual reality – but the way that Meta actually describe it, makes it sound like the ‘Quest 2’ headsets that will be required to access the Metaverse are going to be taking over every day life. Remember the society Disney’s hit film WALL-E presents? That’s how it’s coming across.

The thing is, the Metaverse is often being referred to as a singular entity – and that’s likely not going to be the case. Late last year, Microsoft purchased game developer Activision Blizzard Inc., known for hit games like Call of Duty, Spyro, World of Warcraft, Overwatch and Candy Crush Saga, for almost $70 billion. Why is this relevant? Because gaming and office and conference software are Microsoft’s best way to involve themselves in the Metaverse conversation. Microsoft CEO, Satya Nadella even said after the purchase, that the company believes “there won’t be a single centralised Metaverse, and there shouldn’t be” and that “we need to support many Metaverse platforms, as well as a robust ecosystem of content, commerce and applications”.

A Multiverse of Metaverses

We told you we’d bring it back to the Spiderman reference at the start.

Generally, we must view the Metaverse in the same way that we view social media. There isn’t just one platform – and while there were significantly less of them 20 years ago, the number of platforms available to us now has grown exponentially. The same will happen with the amount of Metaverse options available to us.

Take a look at the technology and gaming giants. They won’t just sit back and let Meta be the only creator of a singular Metaverse – it’ll be a space race on the internet between Apple, Google, Sony, Microsoft and many more entities – but it won’t be about getting there first.

Think of the novel (and feature film) Ready Player One. That’s what we’re expecting, especially from the gaming side. But it will expand. It’ll likely be a way to view the inside of a store and make a purchase from the comfort of your own home, work in the office but still be at your personal desk, catch up with friends over coffee in a shop that doesn’t physically exist, and much, much more. McDonalds announcing they’ll launch restaurants in the Metaverse is a good example of this.

mARKETING iN tHE mETAVERSE

Marketing in the Metaverse is already well underway. Look at online worlds like Roblox, where companies like skate brand Vans created a virtual skatepark to market products to their core demographic – and let users redeem points earned by doing virtual tricks to customise their character with the latest clothes and shoes. Gucci got in on the party and launched the ‘Gucci Garden’ on the same game, as well as selling digital clothes and shoes that can be worn in augmented reality on Roblox and VRChat.

Back in 2019, artist Marshmello performed in front of an audience of a reported 10.7 million players of Fornite, showcasing new songs and playing a back catalogue of hits. Rapper Travis Scott broke that record soon after, as a virtual version of himself stomped its way through the online world and performed some of his top hits to over 12 million. And while this all happened, it was streamed live on platforms like Twitch, Facebook and the now defunct, Mixer. Since then, Fortnite have put on a number of smaller-scale musical events, have virtually recreated The O2 Arena and have talked about plans to make their world a “tour stop” for artists. It’s a fantastic way of marketing new albums or songs for artists and is growing in popularity.

There has even been talk of live sporting events being shown in the Metaverse, with plans of giving you a pitch-side seat at The Etihad or Wembley and allowing you to watch the game in an entirely unique way. That’s a pretty big advertising board you’re going to be virtually sitting across from. 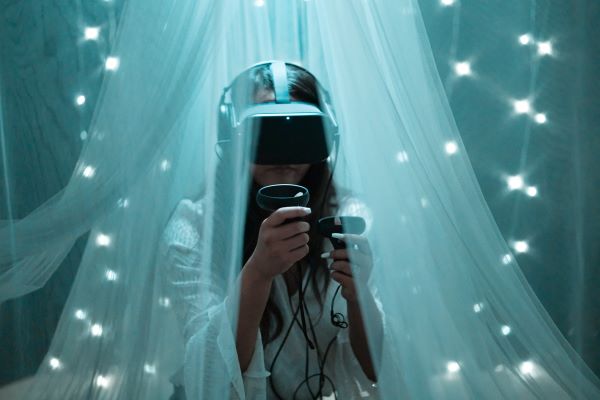 Theorising Marketing in The Metaverse

It’s not just going to be digital advertising boards and augmented product placement that allows marketing to take off in the Metaverse. The channels we’re currently using, like SEO, Content, PR and Social Media are all going to have huge roles to play.

As a warning, the below mixes reality, theory, and current trends to paint a picture of what the Metaverse could mean for marketers.

Just like we’re optimising on-page SEO to improve our presence on search results, the Metaverse will likely need to be the same. Instead of hopping onto Google or Bing and searching for something, users are possibly going to be searching for what they are looking for in the Metaverse.

Let’s make an example – John needs a new pair of running shoes, so searches with text, or voice, for running shoes. He is taken to a virtual high street featuring popular running shoe providers, or, in other words, the first page of Google’s results for that term within the Metaverse, and finds storefronts for Nike, Adidas, Under Armour and so forth. He can then virtually enter those stores and browse the products, before placing an order and getting his purchase delivered to his home.

It's not clear as to how exactly this could work. SERPs will still exist if the Metaverse thrives – otherwise they are alienating swathes of people who might not adopt it. There is still certainly going to be optimisations to be made to get found both inside and outside of the Metaverse.

While much of the content in the Metaverse will be digitally created, augmented reality and involve video rather heavily, there’s still likely going to be a need for written content.

If a young person is searching for tips on how to properly style hair in a certain way, and there’s relevant, Metaverse-optimised content for that need to be met, we could potentially see (or hear) blog guides and web content turned into a virtual step-by-step to achieving the end result. It’s technology that will need to grow, but there’s no reason why a company’s blog on perming hair can’t be reflected some way through a user’s avatar, with the user at home copying along every step of the way. That is, if they’re going outside that day.

The world of NFTs (non-fungible tokens) is rapidly growing and is considered the next big thing in the world of Cryptocurrency. Some very wealthy people are purchasing virtual art, photography and other forms of media to perhaps, one day, display in virtual museums or their own virtual home. A lot of the purchases currently aren’t linked to the Metaverse, but some of the most expensive and exclusive NFTs sold might be. It’s content for brands to consider in the future – and Adidas have already started making waves.

There’s also links to how visual search currently works and how that could apply to the Metaverse.

Facebook Horizon (otherwise known as Horizon Worlds) is currently in beta testing, and is a platform where you can visit a range of different online ecosystems covering a range of interests and hobbies – from toy collecting to gardening. There are even groups on there that are tied to pre-existing Facebook groups.

In this world, you can take selfies to share on the Facebook platform, host events and create meaningful friendships – just like you could, or can, on the normal, two-dimensional platform.

With the bridge between normal Facebook and Horizon already existing, there’s no reason News Feeds couldn’t be implemented into Horizon in the future – allowing for brands to produce targeted ads within the virtual worlds. Just like you might see an ad on your Facebook feed today, you might see comparable ads on a virtual billboard in the Metaverse in the future.

While PR within Metaverse virtual worlds is still in its very burgeoning stages, the use of augmented reality in our world has been utilised for PR stunts.

An example of this is WardyWorks AR book cover, which went viral back in 2019. Augmented reality gave users a view inside of the world of the book, as the normally flat, illustrated cover opened up into a new reality and dimension, allowing those with the technology on their phone to explore a 3D version of the cover.

This interactive feature could, in theory, utilise animation and sound to supply a richer experience for those buying books – or even overlay an AR video ‘trailer’ for the novel on the cover – which certainly sounds like it’d pick up PR traction to us.

Moving Into The Metaverse

Mobilising for the Metaverse probably isn’t something businesses need to worry about right now – but it’s something to certainly think about, and more so if your core demographic is between the ages 14 to 35.

We've come to the end of theorising what marketing could be in the Metaverse - but we've only just scratched the surface. Get in touch with us to discuss ideas of harnessing the marketing power the Metaverse will offer. 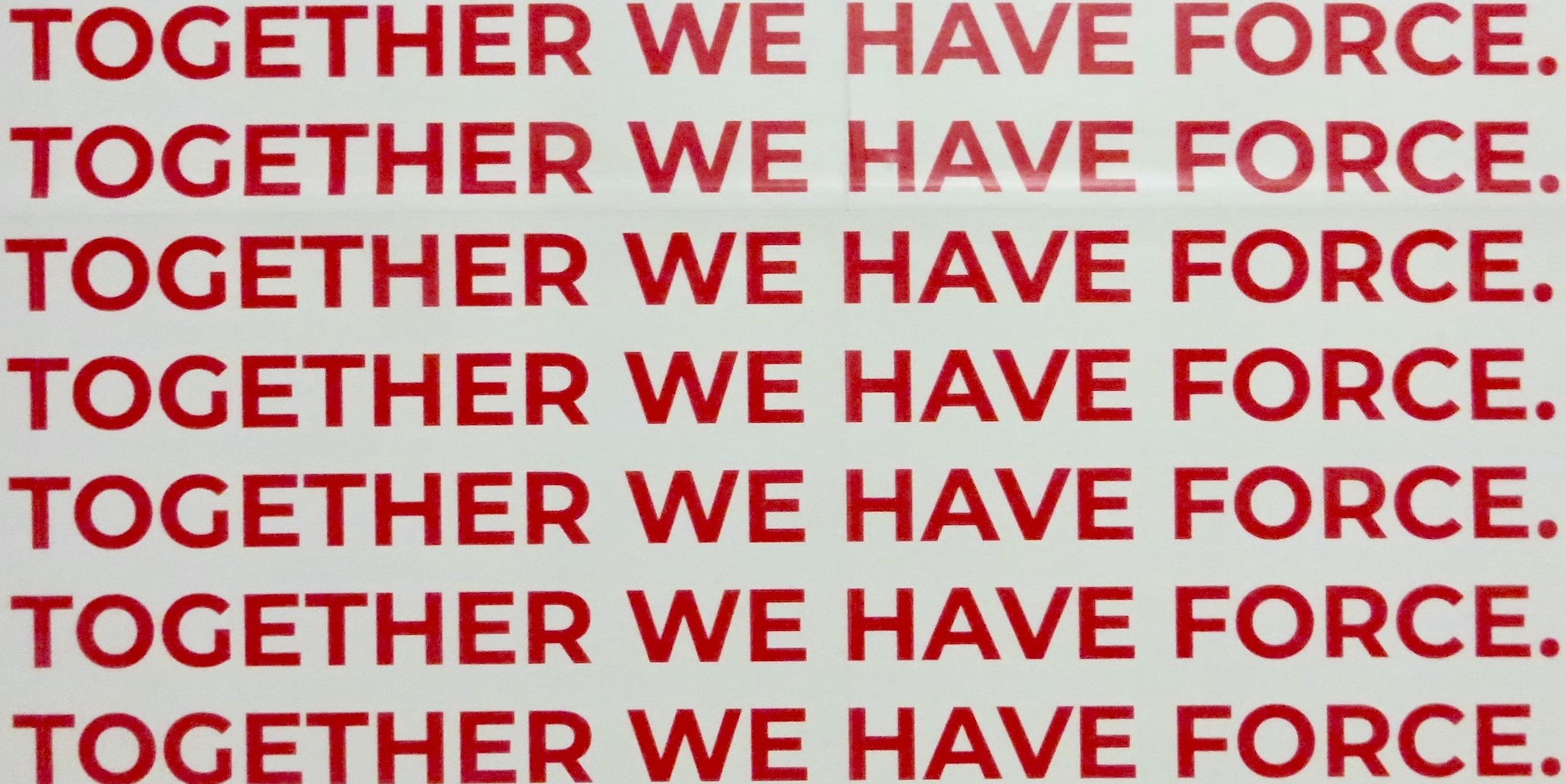 What are trends, and when should brands be jumping on them as part of their digital PR strategy? Head of Digital PR, Jennie Lindehoff, tells us more. 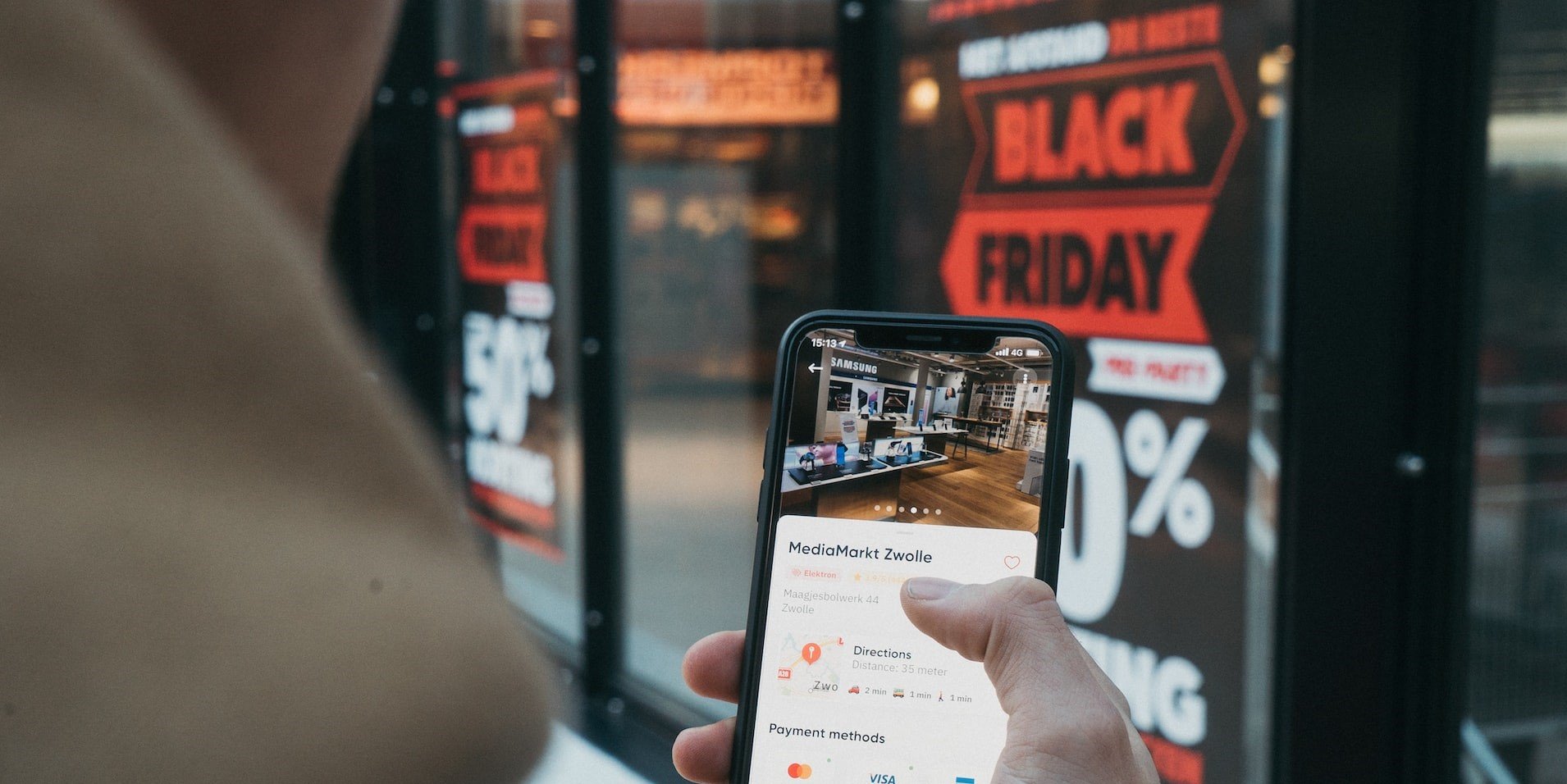