Is Phrase the best replacement for Broad Match? Our specialists put them head to head and share what they found with the Paid Search community. Read more.

In February 2021, Google rocked the Paid Search community with the announcement that they would be sunsetting the Broad Match Modifier match type in July. This news caused a ripple effect across the industry with most advertisers seeing the use of Broad Match Modifier paired with Exact Match as best practice. Google announced that Phrase Match would be incorporating the behaviours of Broad Match Modifier and switching BMM Keywords to Phrase. This change in direction from Google was unexpected as many believed it would be the Broad match type that would be facing the chop. Instead, Google released a support article in September recommending advertisers to use Broad Match with Smart Bidding to “reach new, relevant searches while still meeting your performance goals.”

You may be asking yourself why this is important, if Phrase acts like Broad Match Modifier surely, we just switch the match types over and carry on as normal? That’s what we were thinking until Google’s recommendations later in the year. Google claims that the use of Broad Match can result in more conversions and at a higher conversion value piqued our interest. Alongside this, Google also said that “Due to Smart Bidding, there’s no benefit to using the same keywords in multiple match types. Broad match already covers the same queries and improves performance with real-time bid optimization.” So less complexity and improved performance, we had to test this logic!

As a team at ClickThrough, we decided to test Google’s theory by running 50/50 campaign experiments with one campaign per client using Phrase match and the other using Broad match. We ran this test against several clients that specialise in different industries and attract searches from different types of users. So did we see more conversions and higher conversion value? Let’s take a look!

Taking a look at the Topline Data, we can see that the data back Google’s claim of an increase in conversion volume, we saw an increase in Conversion Rate by 12%. We also saw positive performance across the majority of the metrics with CPCs decreasing by 5% which saw CPA drop by 16%. You might be noticing the huge fluctuation in traffic between the two Match Types. Despite running as a 50/50 test due to the nature of Broad reaching more users, we saw an 86% increase in traffic. Despite this big difference in spend it was promising to see that it was able to accommodate this spend at a more efficient rate. The only negative metric we saw was CTR, but this was to be expected due to the broader nature of the match type.

We knew that going into the test Broad match wouldn’t be the perfect solution for every industry and type of business. This is why we split our clients into specific industries and if they operated B2C or B2B.

When Google push a new product or a way of working, one of the most common questions we see is if this is more suited to B2C or B2B businesses. We decided to manipulate our data to see if one outperformed the other.

From the data, we can see that there were big discrepancies between the two platforms. Despite both seeing Broad be more efficient, both platforms accomplished the lower CPAs on the back of two different metrics. B2B was convincingly more efficient due to achieving a 36% lower CPC, this made up for the lower CVR due to the higher volume of clicks. For B2C, we saw relatively stable performance between the two match types apart for the percentage metrics apart from the high difference in CVR. B2C’s Broad clicks were more expensive, but they showed a higher conversion intent. It’s promising to see that we saw good performance across both platforms with Google achieving this in different ways. This shows that smart bidding and machine learning can identify different ways of achieving client KPIs.

Taking a deeper look into the industries we saw that most followed the pattern of lower CPCs and higher conversion volume. This is shown by the performance of Broad across our Safety clients.

As you can see Broad was able to generate a 700% increase conversions despite only a 120% difference in spend. It managed to achieve this with a significantly lower Clickthrough Rate which was 65% lower than Phrase.

We didn’t just see Broad outperform Phrase though, across our Healthcare clients we saw a much different story.

Despite seeing higher CTRs and lower CPCs the conversion volume didn’t follow. We saw a 76% decrease in Conversion Rate which led to big CPA increases.

For some industries having more broad search terms come through could negatively impact performance if it is difficult to negate rouge terms. This is why we decided to analyse the search terms that were coming through Broad to see what our ads were appearing for. For the terms that Broad pulled in, we didn’t see higher amounts of irrelevant queries come through. Across 3 clients that we analysed the rogue terms with the highest volume were relevant to the industry or competitor based. For the clients based in Retail and Banking, these broader terms performed more efficiently with high engagement levels. The outlier to this was our Construction client which saw stable conversion volumes but lower Costs and higher CTR.

From looking at our findings we can see that there is substance behind Google’s claims. Across the majority of our clients, we saw more efficient performance with the ads appearing for relevant, quality searches. The improved performance combined with the simplicity of only having to run and report on one campaign shows Broad to be the most effective match type.

At ClickThrough we are now revaluating our campaign setup best practices and leaning towards a Broad only approach rather than a Phrase and Exact setup. We are now looking to transition our accounts that sit in the best performing industries to Broad only. We can then take learnings from these accounts to help improve performance on the campaigns that performed poorer with the view to fully transition to Broad Match. The time saved from managing half of the number of accounts will leave more time optimisations which will further support the improved performance that we are already seeing.

So what should I do with my accounts? Test! There’s no harm in testing and seeing if Broad match is right for your account. We would recommend conducting a 50/50 campaign experiment with your highest volume Phrase campaign. Make sure that you monitor your search terms closely and add negatives if any irrelevant terms come through. If you have similar results to what we saw then make the permanent change and join the Broad Match revolution!

Want to find out how ClickThrough can help you take on new Search Ads technology (and get the results you want)?

Photo by Nick Morrison on Unsplash 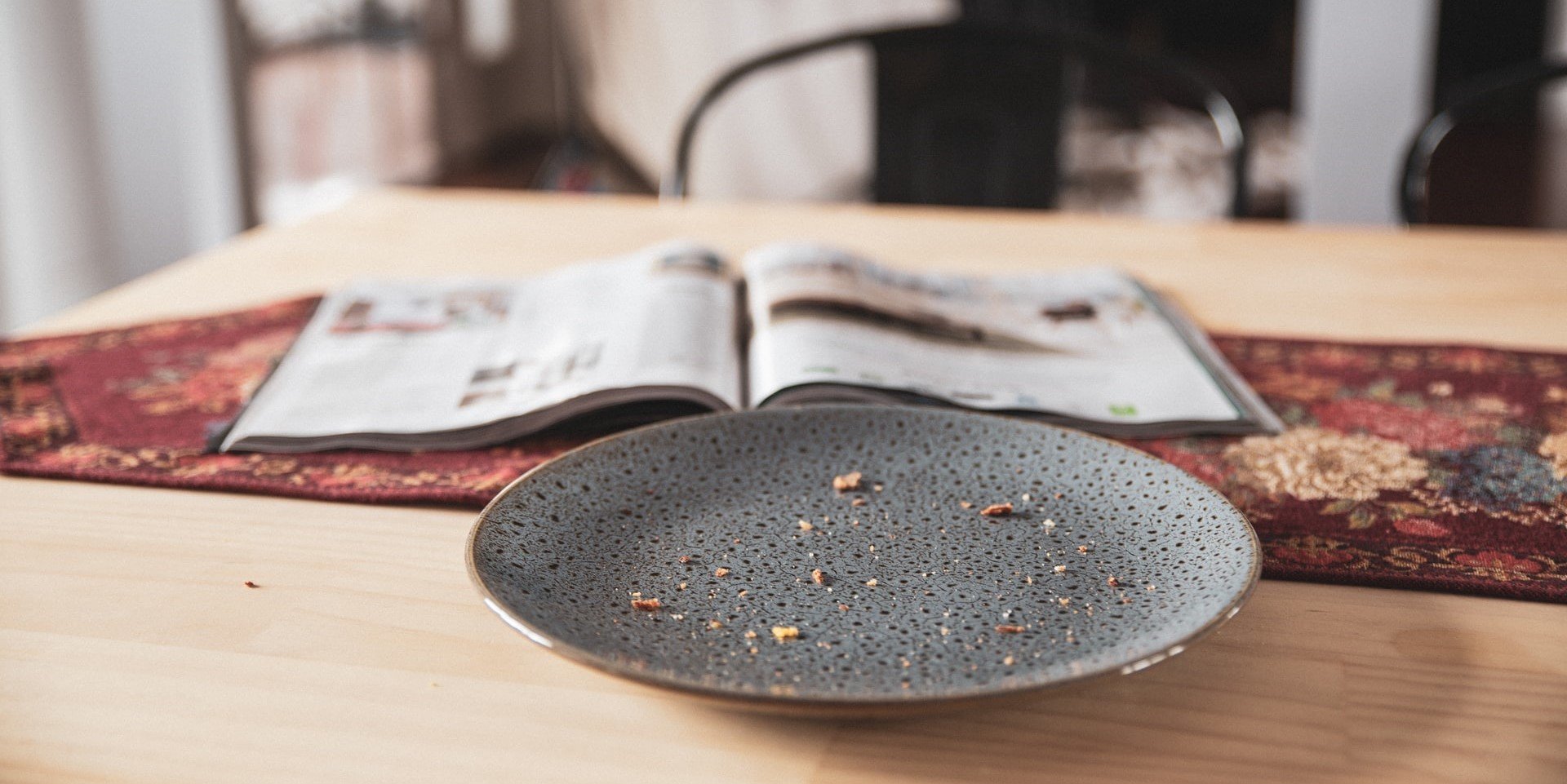 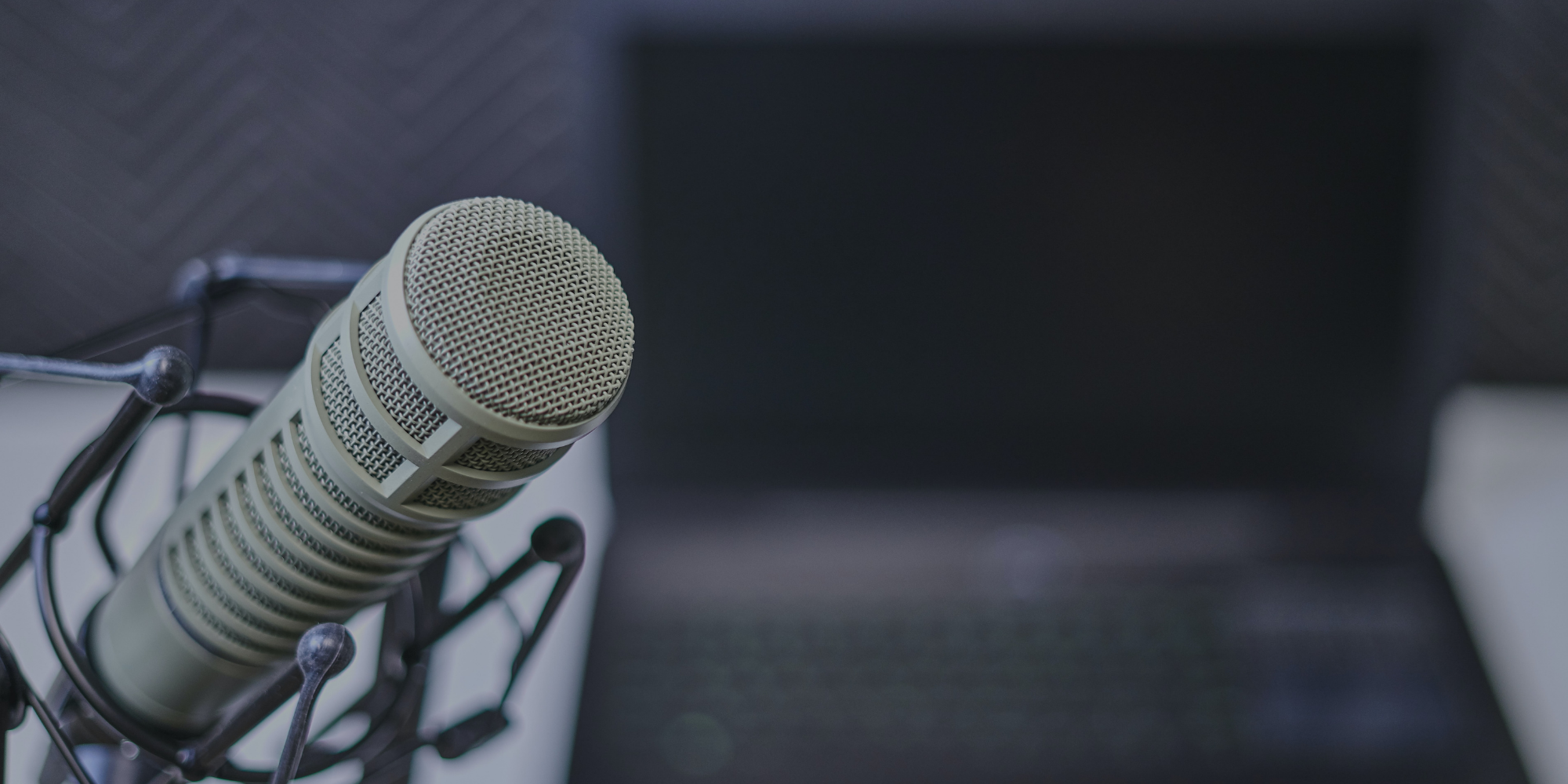 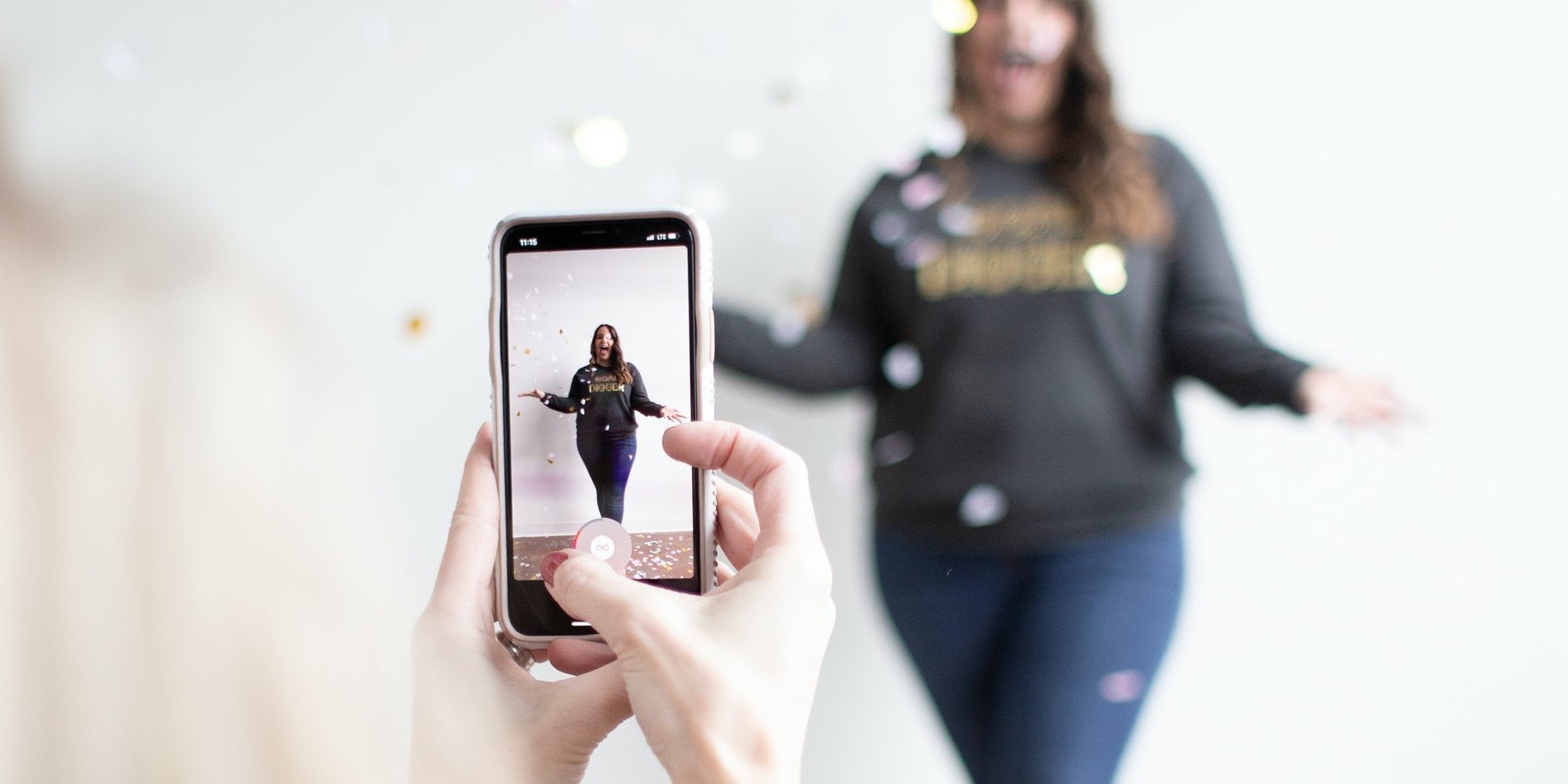 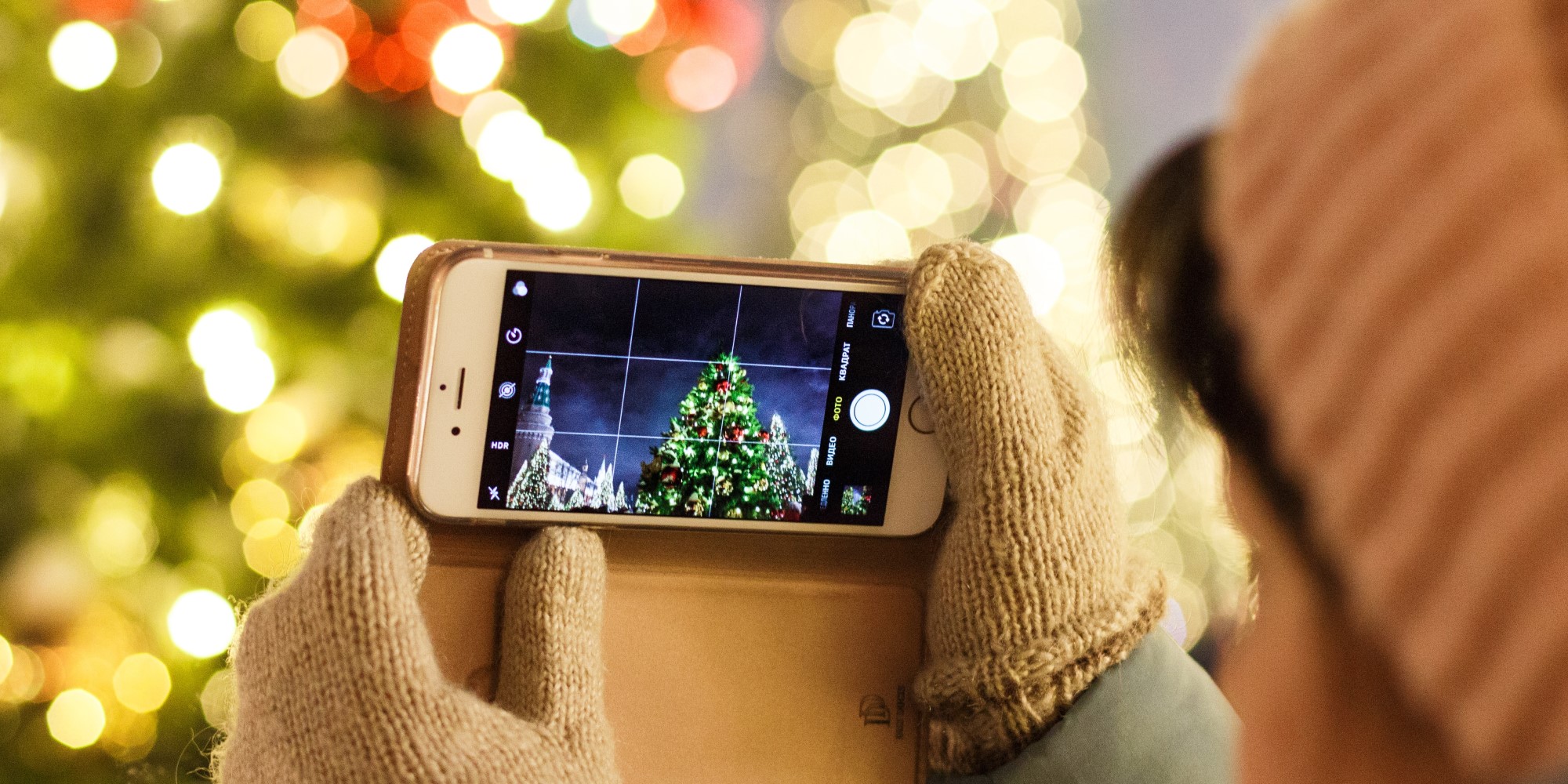 What is "Q5"? Why brands should still be advertising over Christmas

Why do Paid Social advertisers stop for Christmas? With users having more downtime to spend online, there's never a better time to capture their...