Posted in Google,SEO and Content
On 04 Sep 2020
By Tom Williams

Our Head of SEO, Tom Williams, brings us the latest news stories from the world of SEO. From eco-friendly search engines to the age old question of whether word count is a ranking factor, read more.

We’re back for another roundup of SEO news, and we have some interesting stories this week. We start with Apple and the looming possibility of a new search engine. We then move onto another search engine that is supporting tree-planting projects around the world, and we will also update you on what John Mueller has to say about word count as a ranking factor.

Apple may be close to launching a search engine

Back in 2015, Apple released information about their very own search engine crawler - AppleBot.

Following this information, a few months ago Apple updated its information around web search in order to add a list of ranking factors.

John Henshaw over at Coywolf published a detailed blog post talking through Apple’s behind the scenes efforts to launch a competing search engine.

It will be super interesting to see how much share Apple can take away from Google if they do launch a search engine. Mark Traphagen ran a survey on Twitter to see what peoples’ reaction to an Apple search engine would be: 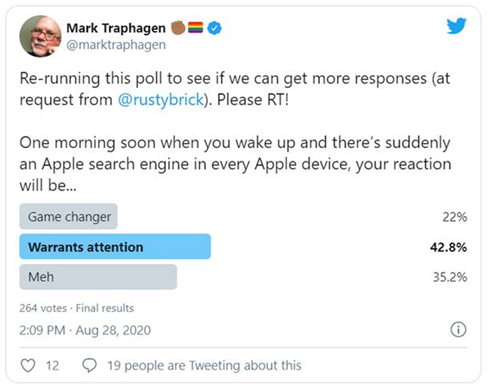 It’s interesting to see that 22% believe it would be a game changer, whilst 42% would give it some attention.

Christian Kroll is the man behind a search engine that’s supporting tree-planting projects around the world.

Search engine Ecosia donates 80% of its profit to 20 tree-planting projects in 15 different countries. Having been founded in 2009, Ecosia has funded more than 105 million trees, already which is just astounding!

“I want to make the world a greener, better place […] I also want to prove that there is a more ethical alternative to the kind of greedy capitalism that is coming close to destroying the planet.” 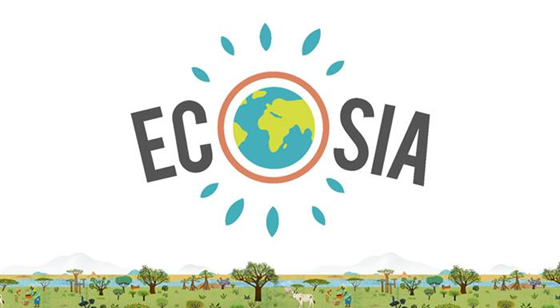 The search engine claims it has around 15 million users, which is a tiny proportion when compared to Google’s 5.6 billion. But Ecosia have big plans to scale up massively over the next few years.

I absolutely love this idea and will be checking it out for sure!

A question that often flies around, along with many studies looking at word count and content length – is word count a ranking factor?

Just recently, John Mueller at Google has been responding to tweets about word count being a ranking factor, something they have always said isn’t the case. 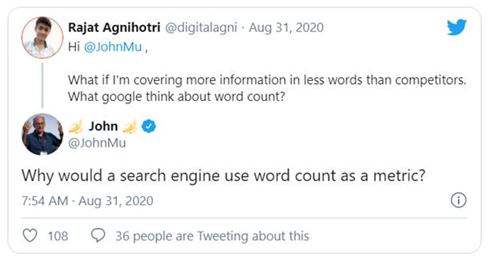 This has been an on-going debate for years now with various studies finding that highly ranked pages have a higher average word count than those lower down the rankings.

It’s definitely an interesting topic! What do you think? Let me know by tweeting me @tommy_iv.

This is primarily for anything a user can do at home, such as watching videos or attending online events. Here’s a screenshot of what it looks like: 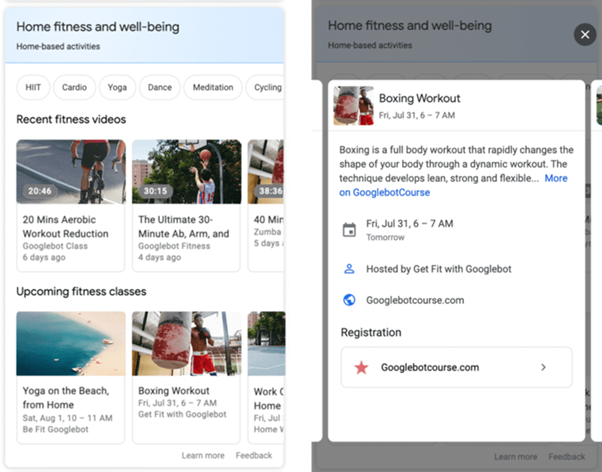 This is only available in the US at the moment, but will more than likely be rolled out to other countries over the next few months.

The markup can be applied to videos or events, giving you a chance to stand out even more within the SERPs.

If you haven’t already, you should look to identify if and how this may benefit you.

And there we have it, this week’s SEO news roundup has come to an end! I hope you’ve enjoyed catching up on everything that’s happened this week, and make sure you come back next week for more of the latest stories.

If you would like to discuss any of the news stories included in this roundup, Tweet us @clickthrough. You can also get in touch with our experts for more information on the SEO services we offer.