Posted in Google,SEO and Content
On 06 Jun 2016
By Tom Williams

Currently, the page speed of mobile sites does not affect mobile rankings, however Google says this may soon change. This was originally announced by Google’s Gary Illyes at the Search Marketing Summit in Sydney on 1 June 2016. Google will implement the new ranking factor in their next mobile-friendly algorithm update. The update will not be out instantly, but it was stated that we will be waiting only months before mobile-specific page speed becomes a factor that influences mobile rankings.

Google has been spotted adding site names to the end of some meta titles where search queries included the site name. Google is automatically truncating meta titles in search results and adding the name of the website or brand name to the end of the title. Here is an example of this feature in testing. 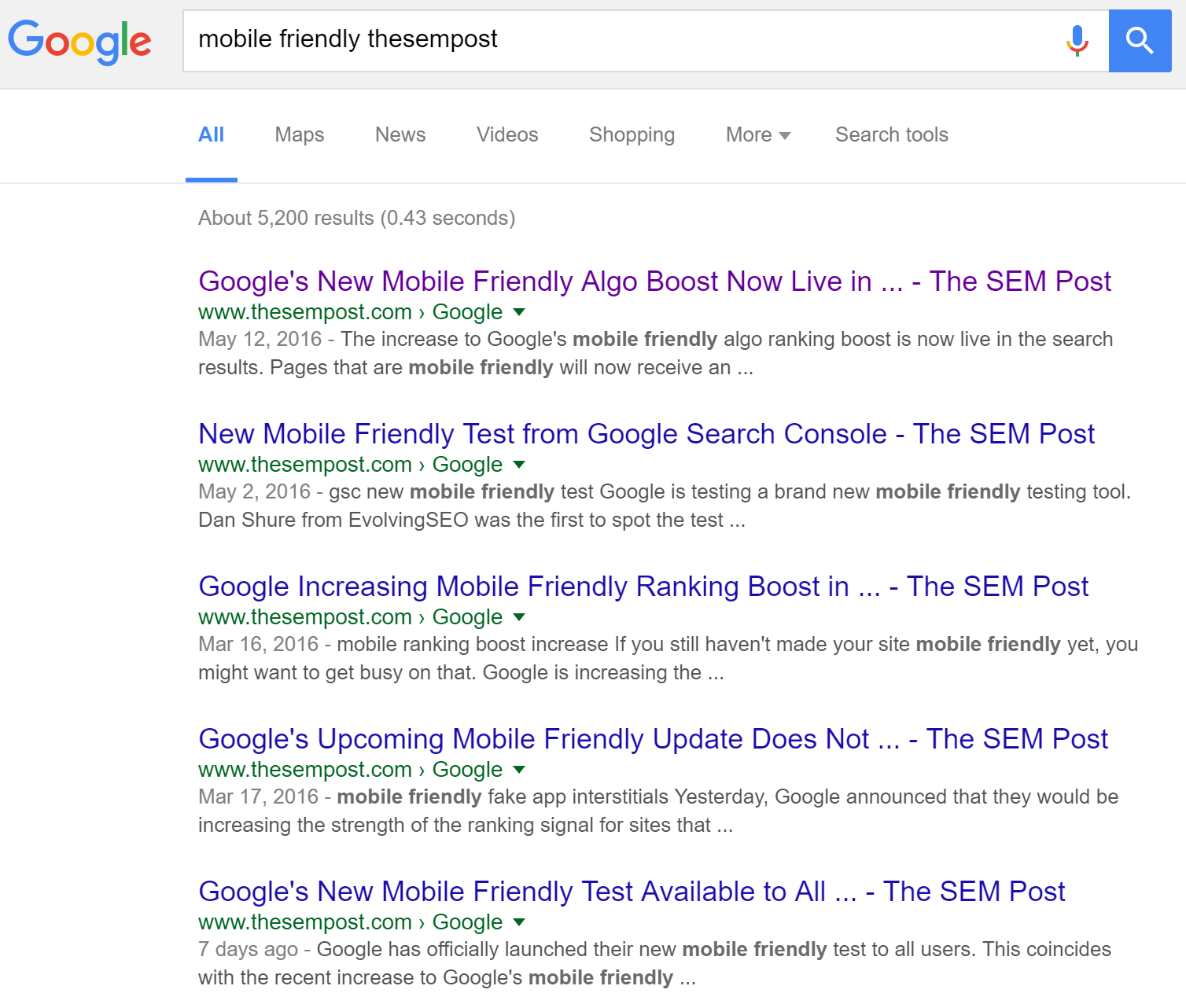 As shown in the image, Google will only add the site name to results for search queries including the brand/site name. This test has been running for a few weeks and as yet it is unknown whether it will remain.

Google has begun featuring thumbnail images alongside food-related search queries in search results. According to Barry Schwartz, most users are seeing the thumbnail images alongside results, however it is still unclear whether or not the feature is another test or whether the accompanying images have become a permanent feature. Here is an example of what the new feature looks like in the SERPs. 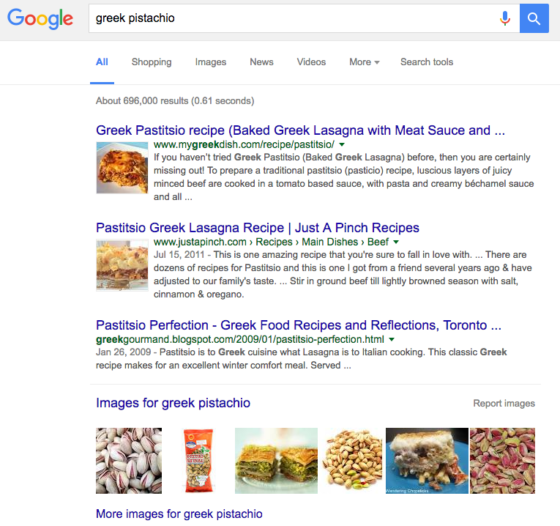 Googles John Mueller admitted that Google has no preference over  the use of hyphens or underscores in URLs. In 2007, Google’s Matt Cutts said that when creating a new site, use hyphens in your URLs, but don’t change old URLs from underscores if they are already live. As we learned from a Google Hangout, the same rule still applies. This was announced when John Mueller said:

So that's something where I wouldn't bother setting up a redirect for something like that. If the site is set up in one way and using the other way would be nicer, obviously you could do that. But I don't think you'd see a significant kind of positive effect in search from that alone.

In this week’s episode of Whiteboard Friday, Rand Fishkin covers the topic of SEO for Bloggers.

Read last week’s SEO News Roundup:  Google Search Console Adds New Features
Learn more about our SEO Management services and how they could help you to grow your business.