Posted in Google,SEO and Content
On 05 Jun 2017
By Tom Williams

Google appeared to be testing a new personal search filter at the end of May, Search Engine Land reported.

The feature was live for those signed in to a personal Google account while searching. See Search Engine Land for a screenshot of the filter, which appeared under the ‘More’ filters section.

If you selected the personal filter, Google then showed results including your emails, photos, flights and other personal data related to your search query.

A few days later, the personal search tool filter had been removed. However, Google did confirm it had been an experiment, saying:

We are always experimenting with ways to make Google Search more useful for our users. At this time, we have no further plans to announce.

See Search Engine Roundtable for a screen grab of a Tweet from Siva Gopi showing a search in Australia that pulls up the same company twice. The listings have the same company name and telephone number, but one is listed under ‘architect’ and the other under ‘home builder’, also the addresses are different. However, essentially, it appears to be the same business.

According to Google My Business top contributor Joy Hawkins double listings do ‘happen sometimes’. Have you ever seen this before? Let us know. 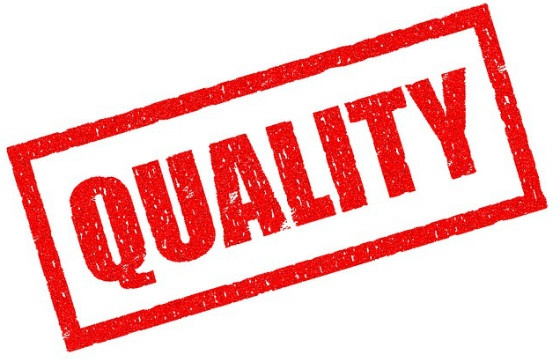 The May 2017 update aims to bring clarification to some of the earlier changes, with the biggest changes concerning news sites with Your Money Your Life, and updates on when a page or site should get the Upsetting-Offensive flag.

See The SEM Post for a full breakdown of what has changed.

Google’s John Mueller confirmed in a webmaster video at the end of May that the company’s search algorithms can and do share data. For example, if the Panda algorithm defines a site as being low quality, this data may be shared with Google’s indexing algorithm, which may then slow the crawl of the site or specific sections of the site.

One thing that does happen though is that sometimes quality information from one algorithm is used in other algorithms. So, for example, if we think this website is generally lower quality then that could flow into other things, like crawling and indexing speed.

See Search Engine Roundtable for more on this story. 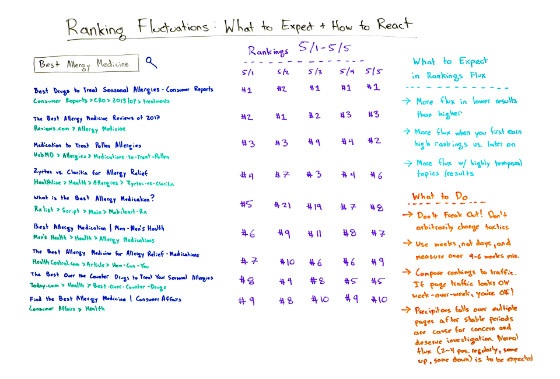 Last week’s Whiteboard Friday saw Rand Fishkin talk us through what to expect and how to react to ranking fluctuations. He explained why ranking fluctuations occur, the importance of keeping your cool during those darker moments, and how to identify when you should actually be concerned. Watch the video here.

Discover how a technical SEO audit could improve the quality, ranking and visibility of your site. Contact us today.