Posted in Google,SEO and Content
On 22 May 2017
By Tom Williams

Tom Williams brings you the latest search engine optimisation news, including the unveiling of Google Lens at I/O 2017, changes to featured snippet listings, better AMP analytics, improvements to Fetch and Render, and more.

Google unveiled a new search tool at its I/O 2017 annual developer festival last week. ‘Lens’ is a new visual search tool that will be initially available in Google Assistant and Google Photos.

A set of vision-based computing capabilities that can understand what you’re looking at and help you take action.

On stage, Pichai showed Lens identifying a flower from a Smartphone camera and providing additional information on the flower. He also used a photo of a restaurant to pull up business details, similar to a Google Maps search.

Google’s Scott Huffman then went on to show Lens working with a photo of a theatre to pull up details on a band due to perform there, linking through to Ticketmaster with ticket options to buy.

Search Engine Land’s Matt McGee likened the new technology to Google Goggles, which was launched in 2009 and provided the ability to do searches based on a Smartphone photo. However, while Goggles was used to simply identify something, Lens takes this a step further. See Search Engine Land for a GIF of Lens in action.

Watch the keynote at https://events.google.com/io/

Featured snippets have often received twice the visibility of normal web listings, but this could be about to change.

Normally, a featured snippet site gets highlighted in a special box at the top of the SERPs, as well as being one of the 10 web search listings below. However, Google is currently testing dropping that listing if the site is already being shown as a featured snippet, meaning it will only be shown once in the SERPs, and that users will be presented with more material to choose from.

Google Analytics is rolling out an enhancement to its AMP tracking support. The improvements will provide a more accurate understanding of how people are engaging with businesses via AMP and non-AMP pages of their websites.

According to Barry Schwartz from Search Engine Roundtable, this could mean that Google will double count less, leaving metrics much more accurate.

Google is working to improve its Fetch and Render tool to enable webmasters to see the rendered JavaScript code in the tool, John Mueller confirmed last week in a Hangout with Search Engine Roundtable.

Currently, only the rendered site is visible, and not the actual code. 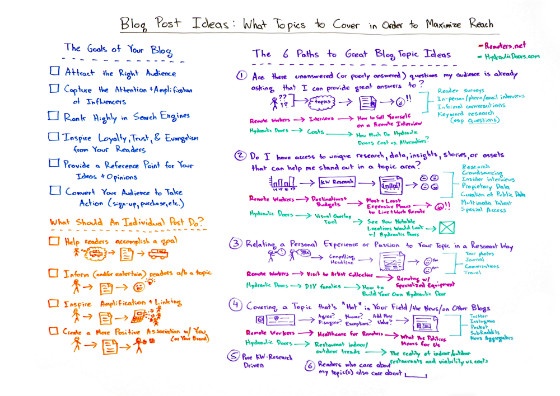 Rand Fishkin took a closer look at blog post ideas in last week’s Whiteboard Friday, providing his insight into how to maximize your reach with the right topics.

In the video, Rand looks at six different paths to great blog topic ideas, while providing information on what to keep in mind before you start writing.

Find out how our technical SEO services can improve the quality, ranking and visibility of your website. Contact us today.