Social Media Weekly Roundup: Facebook Wants In To Your Office

Here’s our latest social media marketing news roundup, compiled by social and creative strategist Amy Dugmore. This week, Facebook finally announces its business-focussed social network, some genius or other creates a ‘Choose Your Own Adventure’ on Twitter, and more…

Facebook at Work: Coming to a Workplace Near You

Facebook has finally confirmed its much-discussed business-focussed social network is on its way.

According to The Telegraph, Facebook at Work is currently undergoing testing, and will soon be available for trial by a limited number of selected companies. 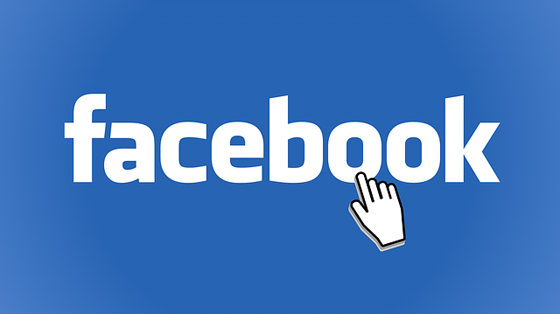 The platform will act like a private, company-specific version of Facebook. Standard features of the social network, like chat, groups, events and the News Feed will be available, but communication will be limited to employees of the company using the network.

Users’ Facebook at Work profiles will be entirely separate to their ‘normal’ Facebook profiles, helping to curb businesses’ fears of data insecurity, or PR disasters.

As the Financial Times put it, back when we first reported on rumours of Facebook’s ‘LinkedIn competitor’:

The new site will look very much like Facebook […] but will allow users to keep their personal profile with its holiday photos, political rants and silly videos separate from their work identity."

Facebook is far from the first to enter this market. Several social networks aim to improve workplace communications, including Yammer, Podio and Jive. And, of course, LinkedIn is the big player in the business networking space.

Facebook at Work has the benefits of the Facebook brand behind it, but will have to work hard to counter its reputation as a workplace distraction if it hopes to take on the established networks.

It’s also not clear how Facebook will monetise the platform – the test version does not display ads or collect user data.

Could this be the most creative use of Twitter yet? As Quartz reports, one inspired user has created a choose-your-own-adventure story that can be played by interacting with a network of Twitter accounts. 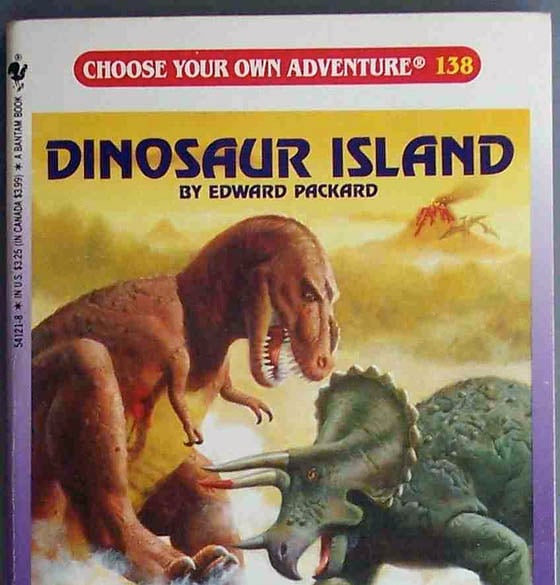 The mastermind behind this piece of interactive fiction is Terence Eden, a self-confessed ‘long-haired geek’ from Oxford, UK. As he points out he’s not the first to use the microblogging platform to run an adventure story of this kind. But he is the first to keep the action within the platform, rather than directing users to content on external sites.

At the time of writing the starting tweet has received 8.8k retweets and 6.5k favourites.

You can jump into the story by following Eden’s tweet below. Be warned – it gets quite unnerving!

You should probably be asleep. I've created a "Choose You Own Adventure" on Twitter. Start here ➡ @wnd_go Pleasant dreams.

[And for those who aren’t familiar with Choose Your Own Adventure books, they were something of a craze in the 1980s. As the title suggests, they were novels that gave the reader a certain amount of agency in how the story progressed, usually through binary choices like ‘go through the door’ or ‘pick up the hammer’. As Eden has proven, they’re much better on Twitter.]

Facebook has started to gate graphic content by displaying ‘are you sure?’ warnings on certain photos and videos. 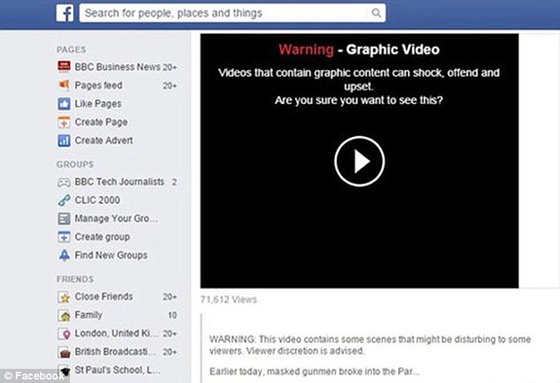 As reported by The Guardian, the launch of the warnings follows pressure from safety advisors to safeguard users from violent images that could “shock, offend and upset”.

The move [comes after] graphic videos posted by terror groups showing beheadings of hostages and shocking propaganda were shown to users under 18 years old."

Warnings will only be displayed on images and videos flagged as inappropriate by users, and will not be applied to ‘offensive’ content that doesn’t feature graphic violence.

The warnings, which began rolling out in December, are primarily intended to prevent graphic content from ‘autoplaying’ in users’ News Feeds.

Promoted Pins Are No Match For Pinterest’s ‘Pinfluencers’

Pinterest’s Promoted Pins product is still in its early stages. And as we covered last week, Pinterest has a big fight ahead of it if it wants to compete with Facebook and Twitter’s firmly established paid advertising offerings.

As Mike Shields and Jack Marshall point out in the The Wall Street Journal, yet another challenge has arisen for the image-based social network – the rise of ‘Pinfluencers’.

According to their article, brands like VH1 and Target are paying these Pinfluencers – influential Pinterest users – to boost their marketing efforts. And, crucially, the Pinfluencers seem to be generating better results than Pinterest’s fledgling Promoted Pins.

The Wall Street Journal quoted Sean Ryan, director of social and mobile marketing for J.C. Penney: “We often see twice the lift in engagement on a product when we use an influencer on Pinterest.”

Pinterest, for its part, says it is “committed to learning and evolving [Promoted Pins]”.

You may be surprised to learn that Myspace, the once-thriving social media channel, still receives over 50 million unique visitors per month. 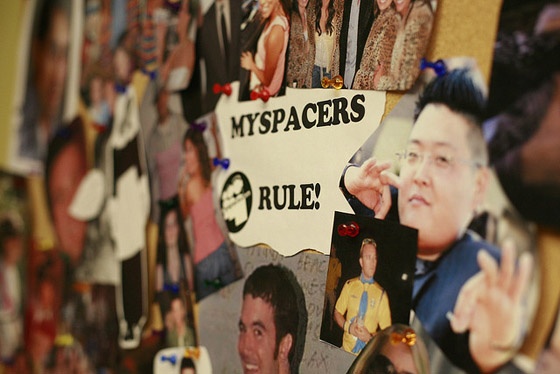 That may sound impressive, but considering that the biggest social network of them all, Facebook, receives 864 million visitors each day, it’s clear Myspace still has a long way to go to reclaim its crown.

What’s more, it seems that a good deal of Myspace’s traffic comes from these modern social networks. In particular, the #ThrowbackThursday trend – where users post old photos of themselves on platforms like Facebook and Instagram – is driving people back to Myspace to retrieve embarrassing photos from the mid-noughties.

It’s not all good-but-bad news, though. Myspace managed to garner 300 million video views in November, and apparently has a decent audience of young users between 17 and 25 years of age.