Posted in Google,SEO and Content
On 09 Oct 2020
By Tom Williams

Our SEO expert Tom Williams is back with another roundup of the latest news stories. From canonicalization and mobile-indexing bugs being fixed to Google Shopping becoming free worldwide, read more.

This week’s SEO news roundup explores the recent indexing issues that Google has been experiencing with canonicals and mobile first. We also delve into the data from a new SERP study showing which rich results get the most clicks – and Google Shopping goes free worldwide from October.

This was the initial tweet from Google on October 3rd:

They followed up with another tweet on 6th October:

“Update: we’ve now restored about 25% of the URLs impacted by the canonical issue and about 50% of those impacted by the mobile-indexing issue. We continue to keep reprocessing more.”

So, they are slowly getting through the issues and it’s worth pointing out that even though it may seem like a very small percentage of sites impacted, Google has trillions of pages within its index, so we are still talking massive numbers here.

In another news story, Gary Illyes has said that the Google team are looking to annotate the reports within Search Console – just so webmasters don’t start panicking unnecessarily! They have done this before, and it is indeed very useful:

A new study from Milestone Research has analysed over 4.5 million queries to understand which rich results gain the most clicks.

It’s not all that surprising to see that more users click on rich results compared to normal organic listings, but there are some very interesting stats when It comes to how much the CTR can vary depending on the type of rich result.

Here are the key takeaways from the study:

This data clearly highlights the importance of implementing structured data in order to earn these rich results in the SERPs. We recently implemented FAQ structured data on a high performing blog post and saw a 70% increase in traffic just from that! 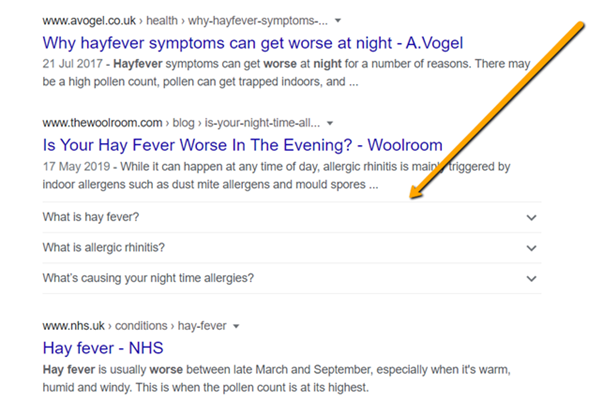 We have a blog post that goes into much more detail on structured data and how to implement it on your website so if you’re unsure of where to start, check that post out!

It was announced by the Search Engine giant back in April that Google Shopping would be showing unpaid listings once again and was launched quickly after in the US.

Well it’s now been announced that this change is due to launch worldwide by mid-October and some people are already seeing this within the UK: 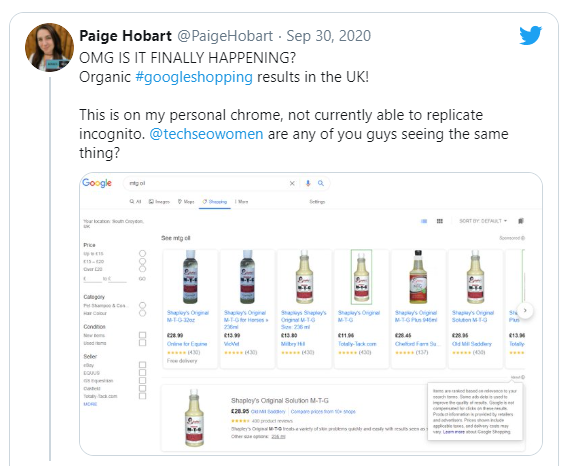 To be eligible for organic listings within Google Shopping, you need to have selected the relevant option within the Merchant Center as detailed by Google:

“To show your products in free product listings on the Shopping tab, opt in when you sign up for Merchant Center. If you already have an account, navigate to Growth in the left navigation menu, click Manage programs, and then select Surfaces across Google to learn more.”

It's worth noting that paid listings will remain and work in the same way as they have always done.

This essentially means that webmasters no longer need to use Google Merchant Center to communicate shipping details, because this schema type will do it for you instead – as long as it is implemented correctly.

The data provided as part of this allows customers to see shipping costs and estimated delivery timeframes based on their location and a company’s shipping policy.

This will only work on certain Google Search results though. In order to show this data on the unpaid listings in Google Shopping, you will still need to configure these settings within Merchant Center. 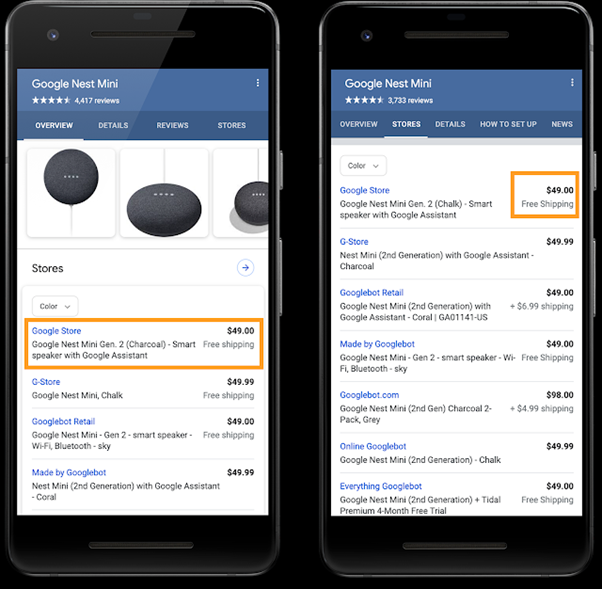 Thanks for taking the time to read our roundup of the latest SEO news. I hope you come back next time!

If you would like to discuss any of the stories discussed in this SEO news roundups, get in touch with our experts today.