Twitter and Google ‘Firehose’ Integration Rolls Out Sometime This Month

Twitter CEO Dick Costolo has confirmed that, starting from this month, Google will have full access to its stream of public tweets.

Costolo announced in February that a deal had been struck between Twitter and Google, allowing the search engine to index Twitter’s ‘firehose’ of more than 500 million daily tweets. At the time, he offered little indication of when the integration would roll out.

And now… we still don’t have a definite date for the rollout. Eagle-eyed search and social marketers will need to keep a look out for the first tweets coming through.

Although he was hazy on the details, Costolo did explain a little about the reasoning behind the deal. Speaking at Twitter’s Q1 earnings call on Tuesday, he said:

That Google deal and relationship is all about driving our total audience strategy. The goal is to get people to consume content and engage with that content whether they log in or not.

Costolo also revealed that Twitter was in talks with Apple to bring tweets to Spotlight Search. And, lo and behold, BuzzFeed discovered that you could already search by hashtag to bring up tweets. Here’s a screenshot: 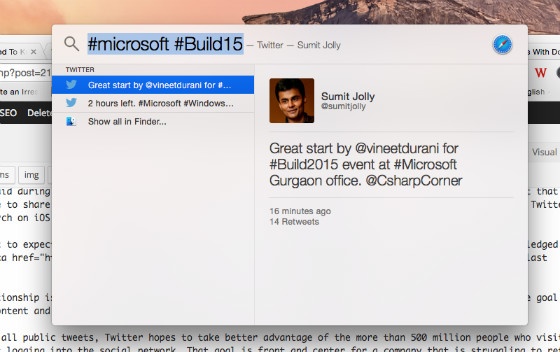 According to Pinterest, these partners will be “using our Content Publishing API to make it easier to create, schedule and publish Pins and boards.”

The biggest buzz around this story has been the news that social management tool Buffer now offers pin scheduling functionality, although several of the other partners also offer this feature.

John Lewis and Cadbury were two of the first brands to trial Instagram advertising in the UK, and both have reported positive results from their trials.

“According to figures provided by Instagram, compiled using Nielsen’s brand effects suite, the campaign resulted in greater purchase intent for users aged between 25 and 34 years old. Purchase intent saw a 14-point lift, while ad recall was up by 10 points.”

Cadbury, meanwhile, enjoyed a 20-point lift in ad recall among younger segments of its audience.

PR software firm Cision launched its first study into social PR this week, revealing that many PR professionals are failing to follow their own advice when using social media.

The report reveals that while a majority of PRs believe that social media is about conversation, only 31% use social media to respond to consumer comments and community outreach on a daily basis, while 21% never do so.

Only 22% use social media daily to contact journalists directly.

The report also showed that microblogging platforms received the most attention from PRs. In a breakdown of professional tasks by preferred platform, microblogs came out top for promoting content, identifying and engaging with media, pitching stories and outreaching. 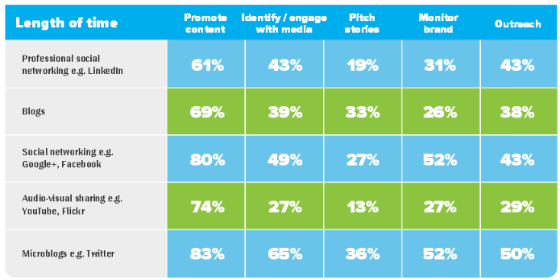 The new filters are Lark, Reyes and Juno, and are described by Instagram as “a family of modern, subtle filters that brighten and enhance your photos in refined, beautiful ways”.

Meanwhile, the company says it has introduced emoji hashtags to reflect their growing popularity as part of a “universal visual language”. Users can now search by emoji on the Explore page.

The updated Instagram app is available now for Apple and Android devices.

Download your free guide to planning a content marketing and social media strategy, including a downloadable social media calendar template!