The race to the Whitehouse is playing out on social media it seems, as Jeb Bush announced his candidacy via Snapchat this week. Amy Dugmore takes a closer look at this story and more, with her round up of the top social media marketing news from the past seven days

US Politics finds Platform on Snapchat

Those who think of Snapchat as a lightweight social channel may have to think again, following the decision by Jeb Bush to announce his presidential campaign on the channel. According to Bush’s communications director, Tim Miller, the platform was chosen as a way “to reach a broad, younger audience, give people a more authentic view of what happens at an announcement”.

Bush – the Florida governor and brother of previous US president George W Bush – is not the only US politician to embrace social media. Hillary Clinton took to Instagram earlier this year, while President Obama joined Twitter last month, breaking the world record for reaching one million followers in less than five hours.

Pinterest is continuing to improve its search feature to help users discover relevant content. The latest changes, announced on Tuesday, will remove the filter which showed Pins, Pinners or Boards. Now, users will see all the most relevant content related to their search, with individual pins and users side by side. 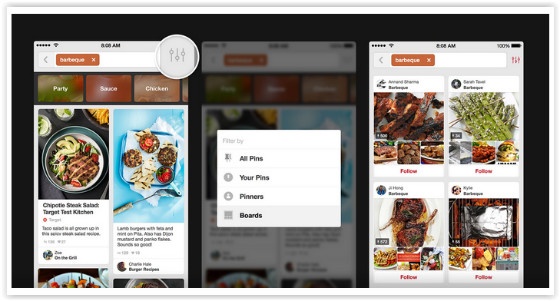 Notable people and brands are highlighted with a check mark and when you tap into your results you can then use a filter button to see Boards, Pinners, Pins or just your pins.

The platform has also introduced a suggested search terms feature to help catch spelling errors and direct users to the right content. Meanwhile, users in the US will also be able to see a list of trending searches.

Facebook is testing a new feature which would give users more control over what appears in their News Feed. “See First” allows users to select specific profiles or Pages from which they want to see content. Recent updates from these profiles will then be prioritised at the top of their News Feed. 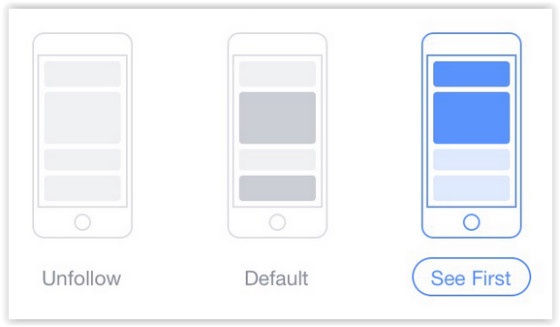 What does this mean for brands? Tech Crunch’s Josh Constine describes it as “the new Holy Grail for marketers”, by ensuring that brand content isn’t filtered out of users’ feeds. However, to make sure that users are prioritising their Pages, brands will need to create compelling content which users don’t want to miss – otherwise, they’ll be filtered out in favour of posts from friends and family.

The update follows a number of new features, all designed at improving News Feed’s relevance. These include showing people you interact with most and considering how long you spend on a post to determine what to show you in future.

Twitter has launched autoplay for video content. The move is the latest in a series of updates to improve how video content is displayed on the platform.

The new autoplay feature will work on native video, Vines and GIFs. Simply tap on the video and the sound will turn on and the video will play. Likewise, if you turn the video to landscape mode, audio and video will play in the expanded screen.

You can choose to revert to the previous click-and-play experience or have videos only play when you are on Wi-Fi.

For users worried about additional mobile charges, Twitter has thought of that, as explained in its blog:

If you’re somewhere with high data rates or you have low bandwidth on your device, we’ll opt you out of autoplay to avoid unexpected charges or slow performance; so you’ll continue to see videos as click-to-play.

Other recent changes have included enabling users to capture video direct from the Twitter app, and reducing the number of taps needed to play clips.

Stuck for status ideas? Facebook is trialling several features to help you out. Over the last few days, readers of AdWeek have spotted a couple of tweaks to their profiles, both of which are aimed at recommending status updates.

In one example, users are offered a selection of suggested topics within the status update bar. The accompanying explanation text says “Want to post to your fans but run out of ideas? Here are some suggested topics.” The suggested topics themselves appear to be pulled from trending conversations.

The second example, spotted on Tuesday, brings four new additions to the structured status updates dropdown menu. The four new options are Getting, Making, Thinking About and Meeting. They join the current options which include Feeling, Watching and Looking For.

Want to learn how to create structured content marketing campaigns that improve traffic? Download our free eBook on Editorial Calendars for Content Marketing to get expert tips for B2B and B2C businesses to boost traffic.