James Allen brings you the latest in social media marketing news, including Twitter’s plans to share its video ad revenue with creators, Facebook’s changes to its Offers feature, Pinterest closing some apps down, and more.

On Tuesday 30 August, Twitter announced that it will begin sharing revenue made from adverts with the ad’s creator. 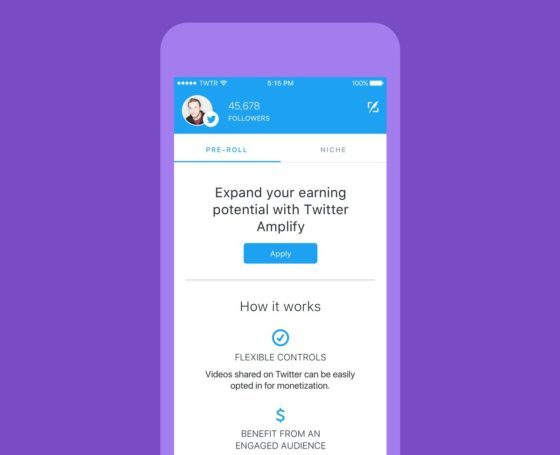 Today, we’re excited to announce the expansion of our creator revenue programs, which will provide creators of all sizes with the ability to monetise content in multiple ways and generate revenue at scale.

In the past, Twitter has shared its ad revenue with huge brands including NFL and CBS, offering them up to 70% of the ad revenue, with Twitter only keeping 30% for themselves. According to tech site Recode, this is the split that Twitter will offer all approved ad creators, as an incentive to advertise with them, rather than Facebook or YouTube.

Facebook Offers was released 4 years ago in 2012, giving brands the ability to distribute coupons on the platform. Now Facebook has returned to the feature in an attempt to revamp it. 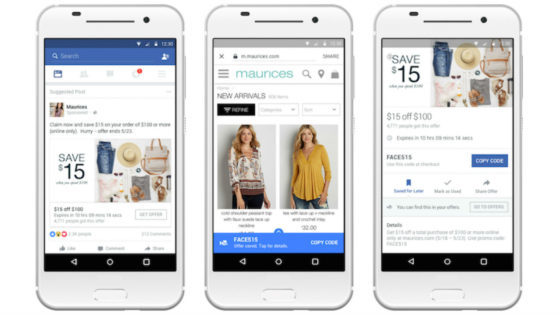 Since its release, brands on Facebook have been able to send out coupons to users through the Offers feature, and the aim of the recent update was to simply make it easier for users to find and save these coupons, ready for use.

If a user visits a brand's site who is offering a coupon, they can save the coupon to a new Offers tab added to Facebook. When the user goes in store, they can open up their personal Offers tab on the Facebook mobile app, and use the barcode provided to receive their discount.

Just over a month after it was acquired by Pinterest, developer Math Camp has shut down some of its apps.  At 12:01 am on 30 August 2016, two of Math Camp’s apps – Shorts and Roll – were permanently closed down.

Back in July, when Pinterest purchased Math Camp, they were interested in acquiring the staff rather than the technology, and with no one behind the applications, they had no option but to close.

We wanted to let you know that Shorts will officially be going offline this Tuesday, August 30th at 12:01am. Please make sure you share your final photos before then and download any from friends that you’d like to keep.

We can’t tell you how much we appreciate your using the app, and we hope to build lots of great new things for you down the road

Facebook has changed its trending topics section to remove the description next to trending story titles, and replace it with a number of mentions. 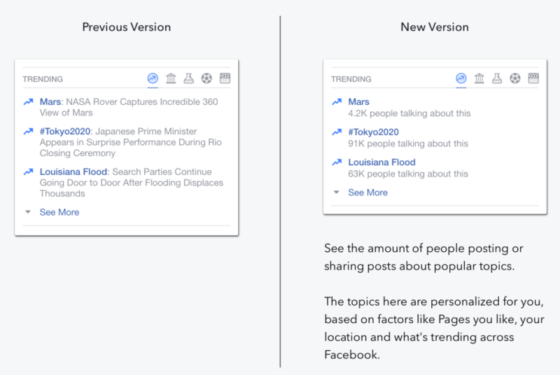 Previously, Facebook would show a trending topic title with a small, brief explanation below it, summing up what the trend is about. Now - after Facebook’s update - the description has been removed, and replaced with text that instead shows how many mentions each topic has had.  According to Facebook, these mentions reflect: “the number of original posts that mention the topic and shares of posts about the topic.”