Thinking of upgrading to Google Analytics 4? Read this before you do

Posted in Google Analytics
On 09 Apr 2021
By Dr. Dave Chaffey

We've spoken before about GA4 and what upgrading will mean. This month, Dr. Dave Chaffey is sharing his insights on what you need to know before you make the switch.

Google Analytics has proved to be a great tool for data-driven marketers. Since a major update is only introduced every few years, new releases are eagerly awaited to understand new techniques that may be possible.

The team at ClickThrough Marketing and I have been reviewing the new version, which most are calling GA4, so here’s my take following on from an article, How to Smash your Conversion rate with GA4, by ClickThrough’s Director of Web Strategy, Alan Rowe.

GA4 should be installed alongside your existing version of analytics

Google recommends ‘we encourage you to create a new Google Analytics 4 property (previously called an App + Web property) alongside your existing properties'.

This is what Google recommends in their Getting Started guide, but this wasn’t an advisory in the general Google announcements.

I mention this, since one business I was discussing GA4 with, who had completed a site migration coinciding with GA4 installed the new version, but not alongside the old version. This was based on advice from their IT department who perhaps hadn’t seen just how different the new reports are…

The provenance of GA4 is important since once you know, it makes sense how its data collection works and it strengths and weaknesses.

This is what we might expect since mobile apps don’t serve page views in the same way web servers do. Previous versions of Google Analytics were session-based relying on cookies to determine sessions and repeat visits.

Page views were the main method of reporting in the previous Google Analytics, giving reports such as Landing pages, Top pages and showing conversions when pages were loaded (such as a ‘thank you’ page)

In GA4 all site interactions are now recorded as events, the main events are Pageview, Scrolls, Clicks on external links, website search, video play, file downloads, such as PDF documents.

It is easy to select these events as conversion events, but typically these are too generic, so you will need to specify a custom event as a conversion event to replicate your goals in the previous Google Analytics.

It was possible to measure some of these events like video plays or PDF downloads previously, but these are now ‘out-of-the-box’ which will be helpful for businesses that weren’t evaluating these before.

Events were available as an option in the previous GA to customise events such as button clicks and could be connected to goals. All goals, are now effectively event goals.

Google have provided an ‘upgrade’ option to convert existing goals where possible as explained in this video.

There is a wizard which will try to transfer goals from previous properties, so make sure your conversion goals are transferred correctly or configured again using the new events, so they are consistent with the previous version.

GA4 is not a cookieless solution

You’ll know that existing methods of tracking digital advertising through third-party browser cookies are on their way out due to privacy concerns and Apple and Google announcing they will no longer support third-party cookies. Since 3rd party cookies are important to delivering personalised digital advertising and proving its value through tracking, there has been much effort to find an alternative.

On January 25th 2021 Google announced Federated Learning of Cohorts (FLoC) as a privacy-focused solution intent on delivering relevant ads “by clustering large groups of people with similar interests”. Accounts are anonymised, grouped into interests and user information is processed on-device rather than broadcast across the web. This is part of the Privacy Sandbox feature which is part of Chrome. Google are seeking wider adoption through the W3C’s Improving Web Advertising Business Group which will review other solutions.

Given this background it’s no surprise that people associate GA4 with our cookieless future and might assume that GA4 itself is cookieless. However, FloC has not been implemented yet within GA and is aimed at cross-site tracking using 3rd party cookies.

For now, GA4 does use first party cookies to identify users across sessions. However, as with previous versions, it is possible to switch-off first-party cookies in response to a user privacy request by disabling Google Analytics.

When training marketers to use Google Analytics, I previously used to recommend focusing on the ABC reports:

If you compare these with the new menus shown below you can see many of the top pages reports are completely changed. You can readily see how channels or different landing pages contribute to goals. Since this is one of my main use cases for GA, I plan to continue using the previous version for my analysis.

In my personal opinion, the new version would have been much more valuable if had retained reports in a similar format to the previous version while adding new reports. It makes me wonder whether the new version has been tested in businesses by marketers experienced in using Google Analytics who are looking to improve their media spend and website, if it had, these problems would surely have been revealed.

Google has heralded automated advice as a major benefit of the new release. It’s true that our time is limited and it’s useful to be alerted to changes we might miss amongst the many reports. However, these have to be useful alerts. Knowing that there are more scroll events in a particular part of the country is not actionable. Google has added intelligent alerts for several years, but as a specialist, I have found no substitute for running month-on-month or year-on-year comparisons to assess changes to media, content or journey effectiveness. This remains the case.

One example is a predictive calculation off churn probability shown in Google’s launch post, but I wouldn’t say this is actionable insight in the way that conversion by channel is.

GA4 introduces a new event-based data collection method which will require your conversion goals to be set up differently. We have also seen that many of the ‘go to’ reports for performance reviews are missing. Many of the quotes from this Reddit thread Is anyone actually ENJOYING the new GA4???! are in line with my thoughts.

Given this, it’s essential that to test the new version you install it alongside the previous version, so that you can compare with your previous reporting.

It’s likely that you’re thinking, “so what could be useful for me in the new Google Analytics rather than being a step backwards”"? Good question, the answer, if I’m honest, is “not a lot” unless you are specifically interested in user engagement and monetisation.

However, this is a niche case and for the majority of larger businesses with a central team of digital specialists they are best not to provide access to their end users. Instead, it’s useful that to future proof, for when Google stop support for the previous version, they become familiar with the reports, setup equivalent goals and events to validate against their current reporting and seek to find new insights from the machine learning features.

To talk with a specialist bout Google Analytics 4, and how adopting it will change your analytics process, get in touch. 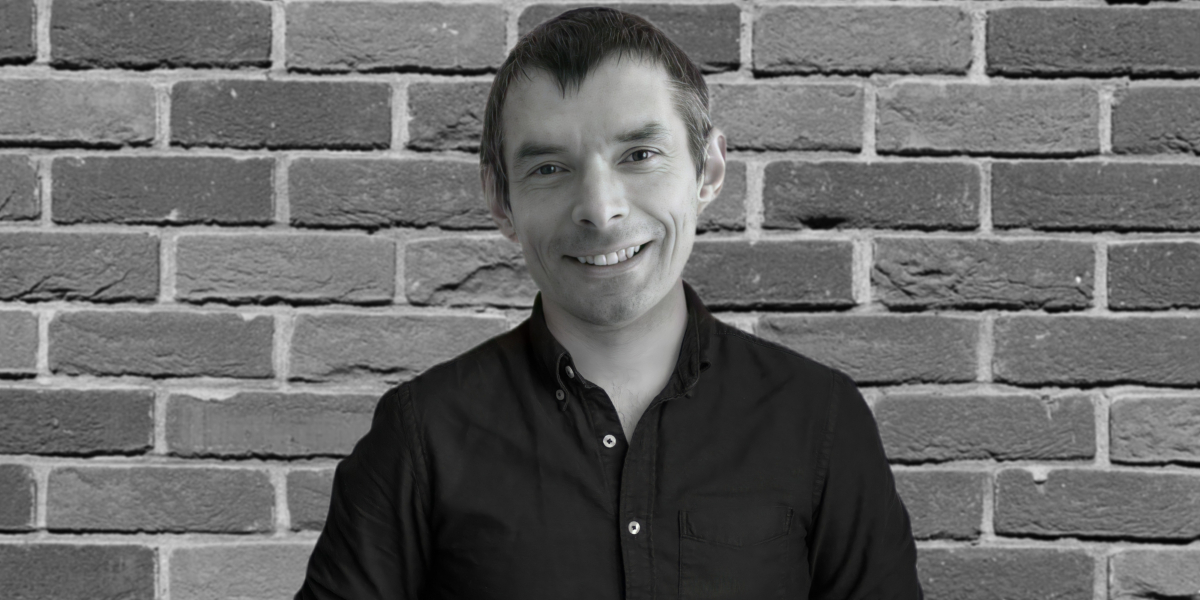 Google Analytics 4 - What you really need to know

What do you really need to know before getting started with GA4? Dr Dave Chaffey highlights the quirks and 'gotchas' of the new platform. 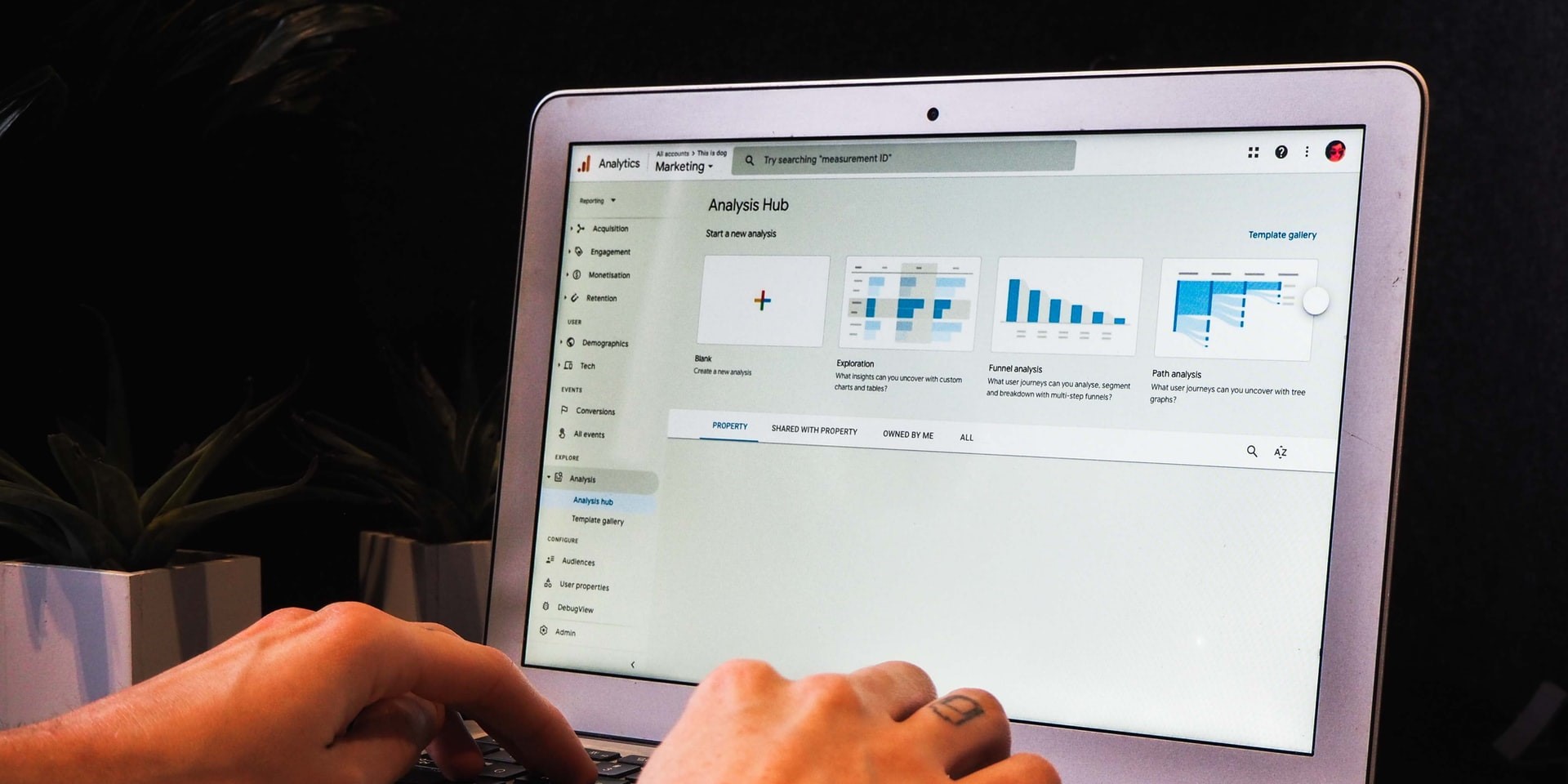 Brands putting off migrating to GA4 risk losing all of their YoY data. Al Rowe shares why this is bad news for advertisers and how it can be dodged.

ClickThrough's Director of Web Strategy, Alan Rowe, talks us through how to use Google Analytics 4 to smash your conversion rate. From what GA4 is to... 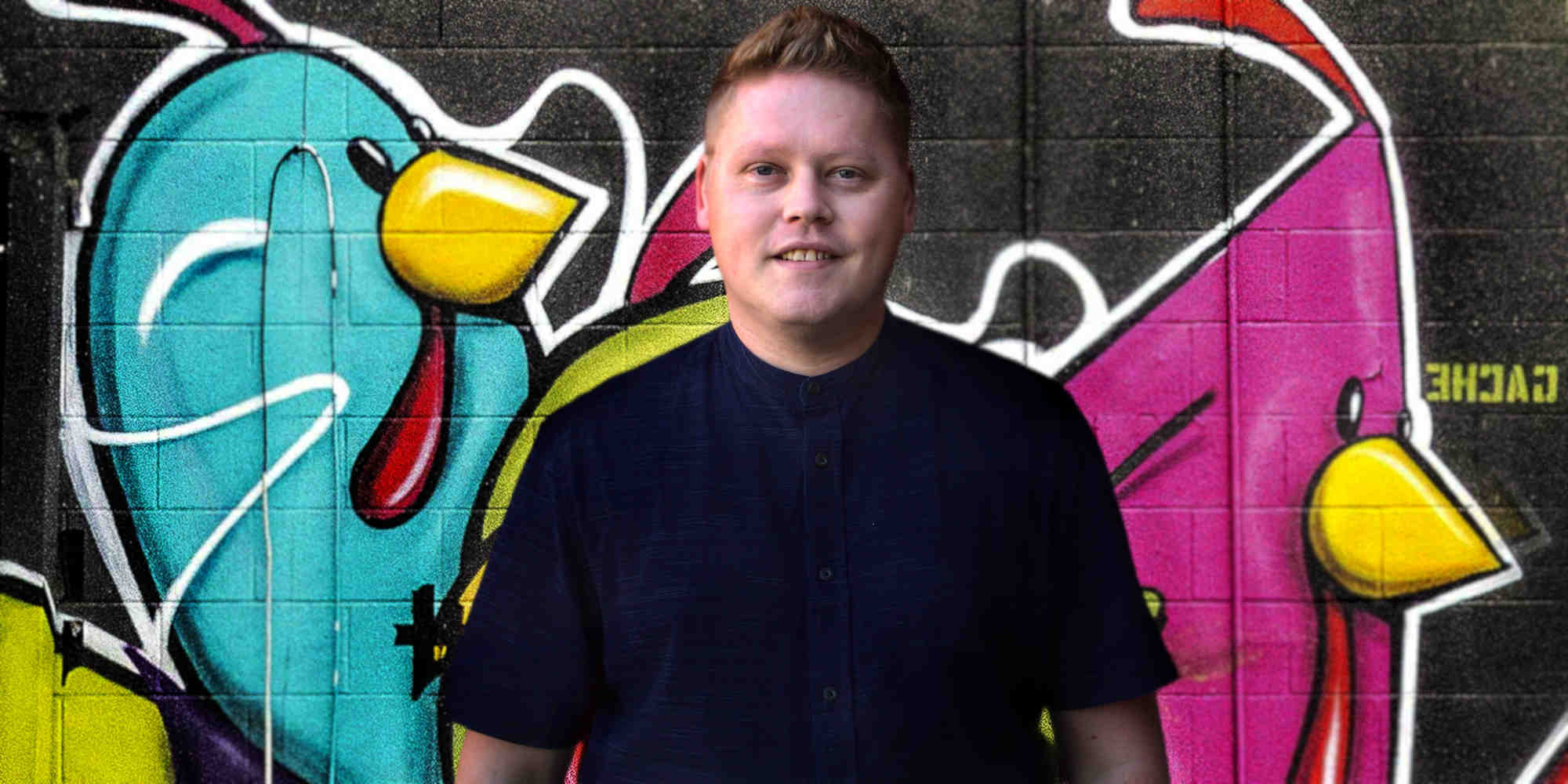 Tom Williams is back with another batch of news from the world of SEO. Find out more about updated webmaster guidelines from Bing, new integration of... 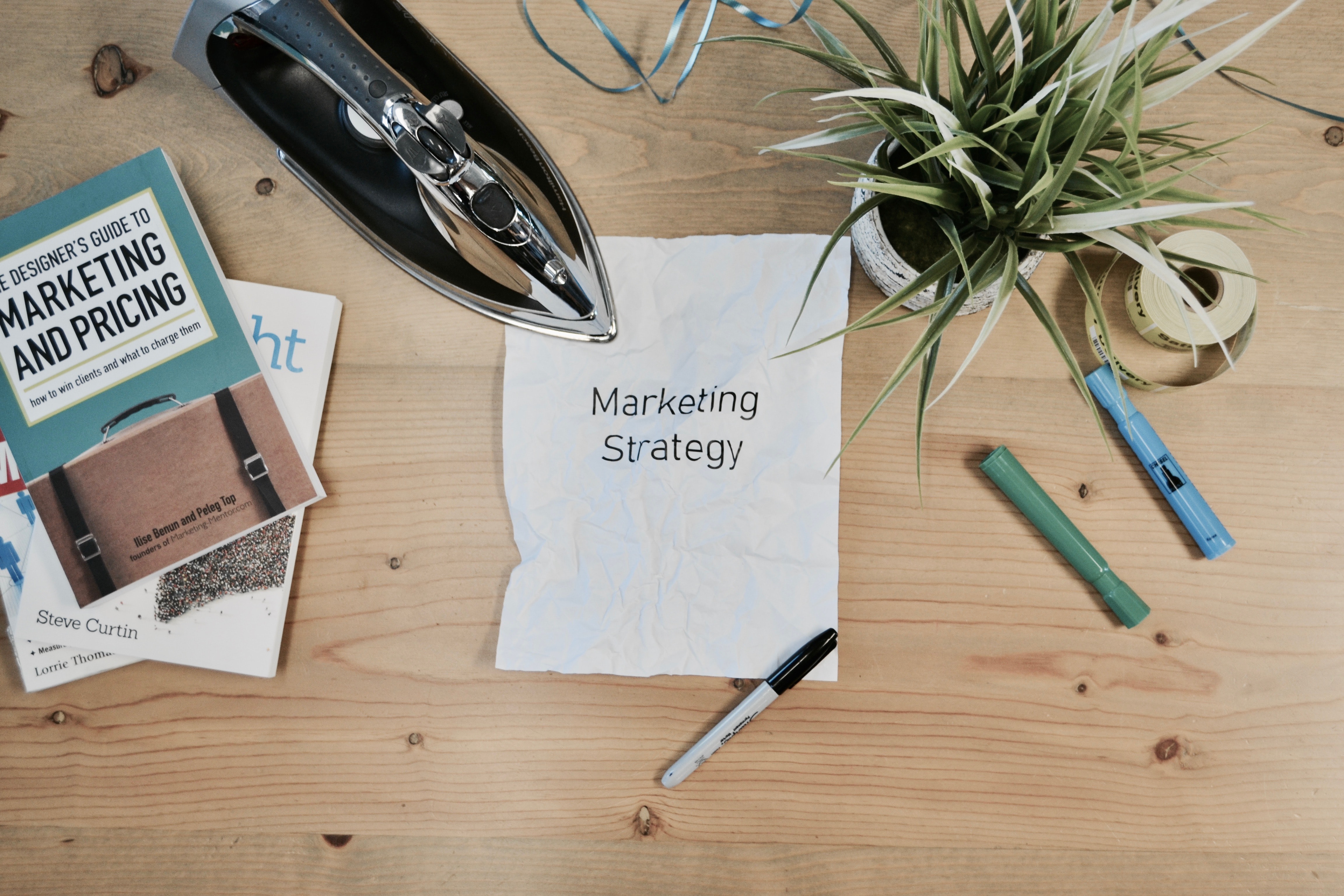 What does attribution really mean in the realm of Digital Marketing? Our Director of Digital Paid Media, Macy Edwards, talks us through the customer...

Using APIs To Improve Your Search Marketing Analysis And Reporting

Dr Dave Chaffey revisits two Google Services from his previous article, and explores how they can assist SEO reporting and analysis.